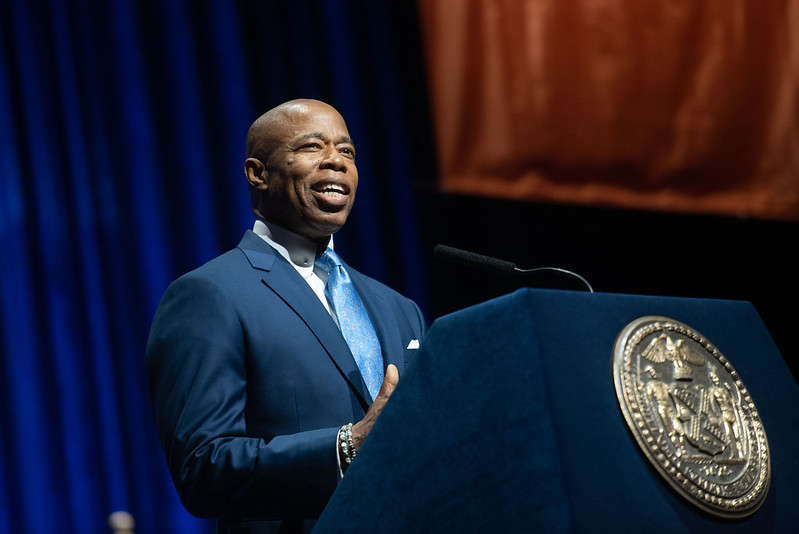 The Earned Income Tax Credit is a boon for low-income New Yorkers, putting hundreds, even thousands of dollars back in their pockets each year. Though it is a federal credit, it is matched by New York City and State, and Mayor Eric Adams made expansion a top priority for his administration as part of his agenda to lift up struggling New Yorkers. This year, at the new mayor’s urging, the state enhanced its EITC and the mayor increased the city’s investment in the credit.

The EITC is a refundable tax credit provided to working New Yorkers, individuals and families, and is considered a significant anti-poverty tool. In 2021, the IRS received about 25 million EITC claims, awarding about $60 billion in credits, with an average credit of about $2,411. That included about 1.5 million claims from New York State, with $3.4 billion awarded, with the average federal credit equalling $2,284.

Recognizing its effectiveness in reducing poverty, Mayor Adams urged Governor Kathy Hochul and the state Legislature to increase the matching amount that the city could provide based on the federal EITC. Up till this year, the city was only allowed to match 5% of the credit, which was increased to up to 30% in the state budget, the first increase in nearly 20 years. That policy win makes for an early achievement for Adams, a Democrat in office for just over four months, and important follow-through on a top campaign promise.

In years prior, the city spent about $92 million annually on the EITC. Adams has added $250 million to that amount in his budget proposal, bringing the city’s total planned EITC spending to $342 million next fiscal year, which begins July 1 — Adams and the City Council must agree to a new budget by then. The state also kicked in $100 million in one-time funding to supplement the city’s credit.

The new funding is expected to benefit more than 800,000 families in the city. “This is extra money in their pockets during a very difficult time,” Adams said on April 16 at City Hall, celebrating the state’s action. “That's money to help pay for food, bills, rent, all of the things that New Yorkers know and deserve to receive. The EITC is a lifeline for far too many.”

“We know that giving more than 800,000 New Yorkers a little more money in their wallet can make all the difference,” said City Council Speaker Adrienne Adams, at the event. “It will help families pay for their rent, their food, medicine, or many other expenses that continue to pile up. This expansion of the Earned Income Tax Credit is an investment in the health, safety and well being of our communities.”

Under former Mayor Bill de Blasio, the city made concerted efforts to increase New Yorkers’ awareness of the EITC since about 20% of low-income New Yorkers who qualified for the credit were either unaware of it or declined to navigate the complicated process to apply for it. Each year the city’s Department of Consumer and Worker Protection organizes awareness and outreach campaigns to bridge that gulf and make sure eligible New Yorkers apply for the EITC.

“I am incredibly proud of DCWP’s work this tax season to raise awareness of free filing services and valuable tax credits like the Earned Income Tax Credit,” said DCWP Commissioner Vilda Vera Mayuga, in a statement. “Now, thanks to the Mayor’s efforts, the Earned Income Tax Credit is expanding for the first time in decades, helping more New Yorkers afford basic necessities.”