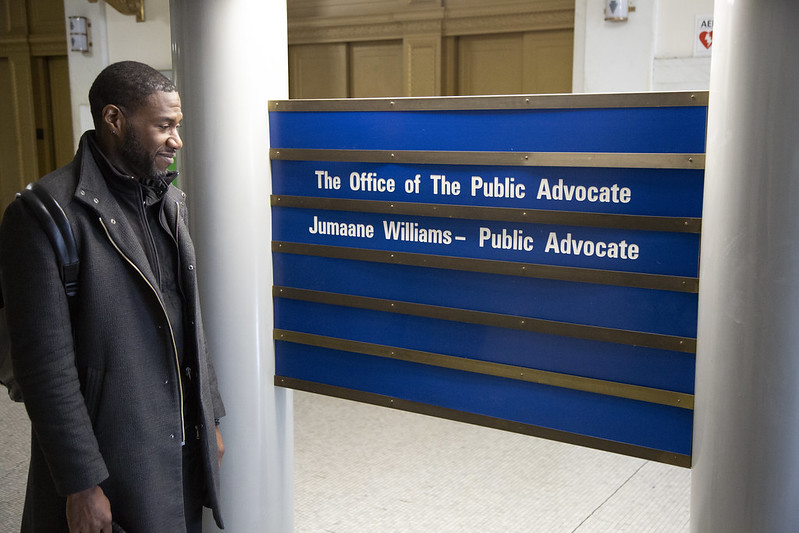 Two years ago, Public Advocate Jumaane Williams used an obscure City Charter provision to withhold his signature on property tax warrants in order to leverage changes to the city budget. The provision required both Williams and the City Clerk to sign those warrants before they were executed by the city. But the city went ahead with property tax collections nonetheless and, eventually, in March 2021, Williams filed suit that the administration had broken the law.

On Friday, State Supreme Court Judge Verna Saunders ruled in favor of Williams, finding that under Section 1518 of the New York City Charter, the city must receive the Public Advocate’s signature on property tax warrants, along with a countersignature from the City Clerk. But, at the same time, the judge ordered that the Public Advocate “shall” sign such tax warrants that he receives, effectively preventing anyone in the position from holding up the city budget.

Even so, Williams sees new leverage in the decision and said it upholds a crucial check and balance on the administration.

“Obviously, we're happy with the ruling,” Williams said in a brief phone interview. “We thought that this was the power that this office had, which is why we brought the lawsuit a few years back to begin with. And the ruling states pretty clearly that our authority here can't just be overlooked and ignored like it was a couple of years ago.”

In 2020, when Williams raised his initial objections, then-Mayor Bill de Blasio and the City Council were amidst heated negotiations over the proposed $87 billion budget, in particular funding for the NYPD. A mass movement to cut police funding had emerged in the wake of Black Lives Matter protests and Williams was among those calling for large cuts to the police budget and reinvestment of funds in social services. The public advocate threatened to withhold his signature on property tax warrants, to prevent the city from collecting property taxes unless there was a freeze on NYPD hiring and reforms to the school safety program.

“We plan on using our Charter powers to prevent the execution of the budget once it passes,” Williams told reporters at the time. But de Blasio and the City Council came to a budget deal and passed it, and the city went about its subsequent business paying no heed to Williams’ maneuver. The city is particularly dependent on property taxes, which make up about 30% of the city’s total revenue base for the fiscal year.

“The court agreed that the charter is clear: The City Council has the power to adopt the budget, subject to mayoral veto,” Jonah Allon, a spokesperson for Mayor Eric Adams, said in an email. “As the city moves forward with its ongoing process to collect the property taxes necessary to fund critical public services, we look forward to the public advocate’s signing the tax warrants pursuant to his duty under the charter.”

Friday’s ruling did not invalidate past tax warrant deeds but did clarify that Williams was exercising his Charter-mandated authority to require the administration to receive his signature. At the same time, the judge wrote that allowing Williams’ office “to prevent the budget from being executed is not only improper, it is not in the interest of justice.”

“While it is not lost on this court that Mr. Williams’ endeavors here stem from zealous advocacy for New Yorkers, efforts to thwart the collection of taxes is outside of the scope and discretion of the Public Advocate’s role,” she wrote.

But Williams and the outside counsel involved in the case said the ruling will now require the city to take him to court to compel him to sign property tax warrants if he has not signed them. “And that's an important step that was just overlooked previously,” he said.