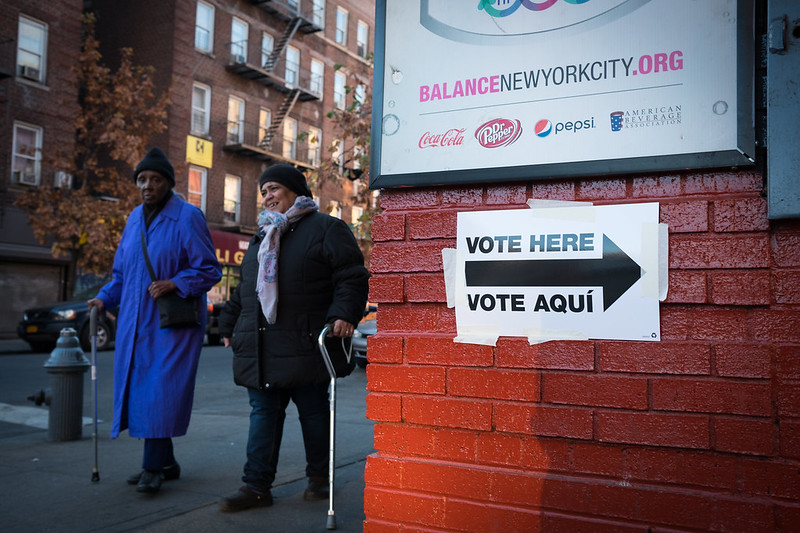 There are less than three weeks until primary day, August 23, and the deadline for voters to request an absentee ballot is Monday, August 8. In New York’s 10th and 12th congressional districts, where there are heated Democratic primary contests underway, absentee ballots may play a particularly significant role under the peculiar circumstances of the election.

“Absentee ballot organizing is likely to be the single most important factor in determining the winner of these races,” Neal Kwatra, founder of Metropolitan Public Strategies, told Gotham Gazette. “It’s of paramount importance in both races.”

Absentee voting played a very limited role in most New York elections until the COVID-19 pandemic, but since rules were loosened under emergency order in 2020, the significance of vote-by-mail has been far greater. But many campaigns have always made sure to have so-called absentee ballot programs in order to reach out to those who typically vote absentee. Those efforts have only intensified in recent years, becoming an absolute necessity in any close or unpredictable race.

The state’s chaotic redistricting process this year led to a judge ordering new maps for State Senate and U.S. House of Representatives districts and for the primaries for those seats to be held in August rather than June. (State leaders decided to leave the statewide and Assembly primaries in June.)

New York has never held a primary in August before and turnout is expected to be low as the temperature climbs and many New Yorkers leave the city for annual vacations, especially among the many wealthier communities of both districts. The two districts are also home to the areas of the city with the highest voter turnout in every election.

In NY-12, longtime Democratic congressional Reps. Jerry Nadler and Carolyn Maloney have found themselves at odds in a new district that combined the East and West Sides of Manhattan, from roughly 13th Street to 110th Street, with variation on each side of Central Park. A third candidate, Suraj Patel, who twice previously ran unsuccessfully against Maloney, coming close in the 2020 primary, has also emerged as a strong rival in the race.

Experts like Kwatra, a political consultant who advised former Mayor Bill de Blasio's NY-10 campaign until he ended it in July, agree that absentee-ballot programming is of utmost importance for these two races. Candidates and campaigns say likewise, and some said their campaigns are carrying out robust programs to encourage as many voters to cast a ballot as possible. There are a number of other competitive races taking place for State Senate and Congress in the city and beyond where absentee balloting will play an important role, but the 10th and 12th congressional district primaries will likely see the most such votes cast and they are perhaps the most-watched given their special circumstances including, respectively, a rare open seat and a race featuring two 30-year incumbents.

In January this year, Governor Kathy Hochul and the state Legislature approved a measure that would allow anyone to request an absentee ballot for fear of contracting covid, an extension of the pandemic-era executive order first approved in 2020. Previously, voters could only request an absentee ballot if they expected to be out of state on the day of the election or if they had an illness, physical disability, or if they were the primary caregiver for someone who is ill or has a disability, among other reasons.

In the November 2020 general election in New York, a record 662,314 absentee ballots were cast citywide, compared to just under 67,000 in the pre-pandemic 2018 general election. Absentee voting is harder to compare in primaries in those years. In 2020, there was a presidential primary and a consolidated state and congressional primary, while in 2018, separate primary elections were held for congressional and state races in June and September respectively.

The Legislature also passed bills last year and this year to expedite the process of counting absentee ballots and to protect ballots from being improperly invalidated when the express intent of a voter is clear.

“Obviously [absentee ballots] are very important in an August 23 primary,” said Bob Liff, a spokesperson for the Maloney campaign, in a phone interview. “Having an August primary is not something anybody is used to and it's something we have to deal with. And yes, we're doing extensive early voting and absentee ballot outreach.”

Without offering too many details, Liff said the campaign is sending out mailers, advertising, conducting door-to-door outreach, and reaching out through political clubs.

Liff noted that voters in the 12th district are among the most motivated Democrats in the city who tend to turnout in higher numbers in every election. “We're gonna have a significant turnout. We always do in this district,” he said.

But he conceded that an August primary is “uncharted territory” and is hard to compare with previous elections.

“I think regardless of any differences any of the campaigns have, every single campaign would come together and agree that August 23rd is the absolute worst possible day you could have for a primary election,” said Julian Gerson, Nadler’s co-campaign manager, in a phone interview. Besides the crushing heat of the summer, he expected that many voters would be out of the city or just not used to voting in late August. “So I think it would be malpractice almost to not have an active and dynamic absentee program,” he said.

Gerson said the campaign is sending out absentee ballot applications with mailers to make it as easy as possible for voters. Their field and phone teams also help voters plan to vote through absentee ballots, and the campaign website directs voters to the necessary resources.

He also expects turnout to be extremely low, relatively speaking, considering there was a significant drop in voters in even the June primary, which had statewide races on the ballot. Nonetheless, in Nadler’s Upper West Side base, he said, Democrats “vote early and often as the cliche goes.”

“So maybe absentee outreach goes further here because people are desperate to vote,” said Gerson. “They don't miss a cycle, they don't want to miss a cycle. So they hear about it and they want the options to do so.”

A spokesperson for Patel’s campaign said they are taking absentee balloting "very seriously" and engaging with voters in a variety of ways. "We don't have to win the East Side or the West Side, we just have to come in second in both," Patel said during a recent appearance on Gotham Gazette's Max Politics podcast, where he also discussed his ability to connect with younger voters on social media.

The three campaigns expect a close race and know that every vote will count, potentially making absentee ballots particularly decisive. A poll released on Monday by Patel’s campaign, the only made public so far in the race, found Nadler and Maloney tied at 31% of the vote while Patel got 24%, with 12% undecided (though campaigns' internal polls often show the client candidate in stronger position than other polls).

In the 10th district, polls have shown Rivera, Niou, and Goldman toward the front of the pack, though no candidate has had a commanding share of the vote and there has been a plurality undecided in every poll that’s been made public. With so many candidates in the field, the race could easily be very close and absentee ballots could prove critical.

“We've been focusing on absentee voters, obviously in both boroughs,” said Assemblymember Simon, who currently represents Assembly District 52 covering the Brooklyn neighborhoods of Dumbo, Brooklyn Heights, Cobble Hill, Boerum Hill, Carroll Gardens, Gowanus, and parts of Park Slope. Her district covers a significant cross-section of the Brooklyn half of the new 10th congressional district, and is home to some of the highest voter-turnout areas of the city.

Simon’s Assembly district accounted for the most absentee ballots requested and returned by Democrats in Brooklyn in the June primary; 906 absentee votes were cast from that district out of 7,816 in total by Brooklyn Democrats, according to the city Board of Elections. And her campaign has been making concerted efforts to reach out to those voters as well as the broader base through texts, emails, physical mailers and phone banking. Simon even carries absentee ballot applications with her so she can hand them to voters personally on the street, she said.

Simon echoed the other campaigns in her concerns about low turnout. “Who remembers to get an absentee ballot for a primary in August? We’ve never had one,” she said. “This is off the radar screen of so many people.”

There’s also the fact that the district is new and includes many voters who might be unaware that there is a competitive race in their backyard or know the contours of the new district. “People have in their head a very different thing, a very different map,” she said.

One minor factor that Simon said could possibly cause confusion at the polls is a change in election law enacted by the Legislature this year. Voters who have been issued an absentee ballot for an election can no longer cast a ballot on a voting machine at their local poll site. If they choose to vote in person, they will instead have to use an affidavit ballot, which will be counted or not depending on whether their absentee ballot has also been submitted.

“Any change is likely to cause some confusion among voters. I think that that is a given,” she said. “I think that it's like a combination of things for this primary in August, which itself is so confusing to people. So it kind of exacerbates the confusion, or the potential confusion factor.”

Three of the other four leading campaigns (Jones, Rivera, Niou) did not respond to requests for comment.

"We want to encourage as many voters as possible to participate in the electoral process in whichever way is easiest for them - voting absentee is a safe and easy way to do so,” said Simone Kanter, a spokesperson for Goldman’s campaign. “Dan is running to protect our democracy, expand the right to vote, and eliminate barriers to the fundamental right to free and fair elections.”

Assembly District 66 covers the western side of the Manhattan part of the 10th Congressional District, including the neighborhoods of Tribeca, SoHo, Hudson Square, the East Village, Greenwich Village, and West Village. In the June primary, that Assembly district had more than twice as many absentee ballots cast than neighboring District 65, currently represented by Niou and including Chinatown, Little Italy, the Lower East Side, Two Bridges, and parts of the Financial District.

Voters can fill out an absentee ballot application online, request one in person at their local county Board of Elections office, or designate a third party to deliver their application in person and receive their ballot.