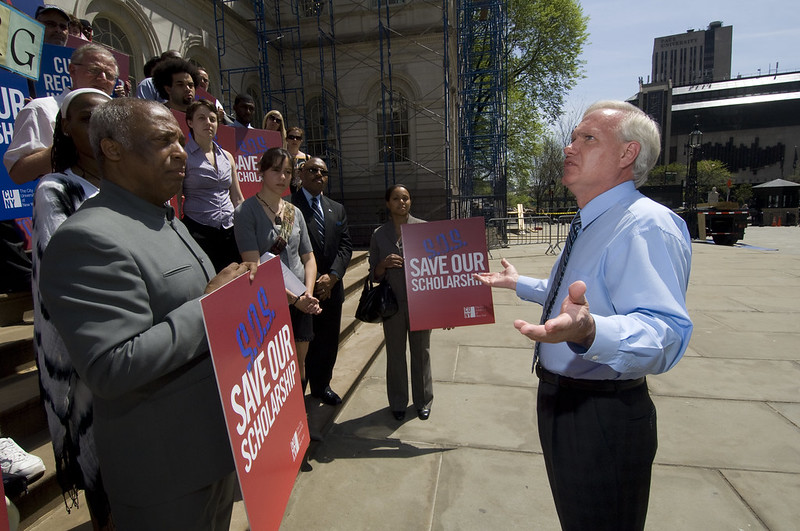 The 2023 City Council election is kicking off, as the New York City Campaign Finance Board approved its first public funds payment to a single campaign on Thursday and announced a series of completed campaign audits from the previous election cycle.

The upcoming elections are taking place just two years after all 51 City Council seats were on the ballot in 2021 because of the decennial redistricting process. Based on the 2020 Census, City Council districts were redrawn to accommodate an increase of 630,000 residents in the city since 2010. The New York City Districting Commission on Wednesday published the final new district map, which was approved by the City Council in October.

After the turn of the year, things are going to heat up ahead of June party primaries and the fall general election.

Thursday’s payment was the first of five that will be made before the primary ballot is set in May – the CFB has procedures for clawing back funds from candidates who either fail to petition or to qualify for the ballot – and will be followed by eight more payments through the 2023 cycle.

The CFB’s voluntary public matching funds program matches small dollar donations at a 8-to-1 ratio, to encourage campaigns to broaden their outreach to constituents and disincentivize reliance on wealthy donors. For City Council candidates, the first $175 of a contribution from a resident within the relevant district is matched with public funds.

The only candidate that qualified for the CFB’s first public funds payment was Tony Avella, a Democrat from Northeast Queens, who is running again for Council District 19, currently represented by Republican Council Member Vickie Paladino. Avella previously served as a state Senator from 2011 to 2019 and was a City Council member from 2002 till 2010. He ran for the District 19 seat last year and lost to Paladino.

Avella’s campaign has already raised $14,480 for the June primary and, on Thursday, was awarded $83,106 in public funds. To receive the funds, the campaign had to meet a dual threshold of raising at least $5,000 and had to have at least 75 contributors from within the district. Paladino has only raised about $615 so far for reelection. Besides Avella, two other candidates are running in the Democratic primary –  Paul Graziano and Richard Lee.

There were only minor changes made to City Council District 19 in Queens, while other districts saw drastically new lines and significant controversy during the process that was full of debate and drama.

Under recent changes made to campaign finance law, through a voter-approved charter amendment in 2018 and legislation in 2019, the public funds program was significantly expanded while contribution limits were reduced for participants. Council candidates who opt in to the program can raise a maximum of $1,050 from an individual donor, while nonparticipants can raise $1,600. Candidates are also limited to spending $207,000 on each of the primary and general legs of the election, for a total limit of $414,000. (The spending limit in the non-election years of the cycle is $55,000 and counts towards the spending limit.)

Besides the public funds payment, the CFB also announced a list of 39 campaigns from the 2021 cycle that have been audited and were in compliance with CFB rules and regulations. The board still has more than 260 audits left to complete from the cycle and faced criticism at a City Council hearing earlier this week about its slow audit processes.

Most of the current class of 51 Council members are serving their first terms and many are set to face competitive reelection races, with challengers already declaring their campaigns. There are already 78 candidates registered with the Campaign Finance Board.

A particularly crowded contest seems to be shaping up in District 9 in Manhattan, where Council Member Kristin Richardson Jordan, a first-term Democrat, is facing a slew of primary opponents. There are already five other candidates registered with the CFB in the race including sitting Assemblymembers Inez Dickens and Al Taylor, and criminal justice advocate Yusef Salaam of the Central Park Five.

Some candidates have begun fundraising in earnest for the 2023 cycle. The top fundraiser so far is City Council Member Rafael Salamanca Jr., a Bronx Democrat, who had raised more than $393,000 as of July (most of which was left over from his previous campaign) and had about $378,000 in cash on hand. In second place was City Council Speaker Adrienne Adams, who had raised nearly $128,000 and had about $105,000 on hand.