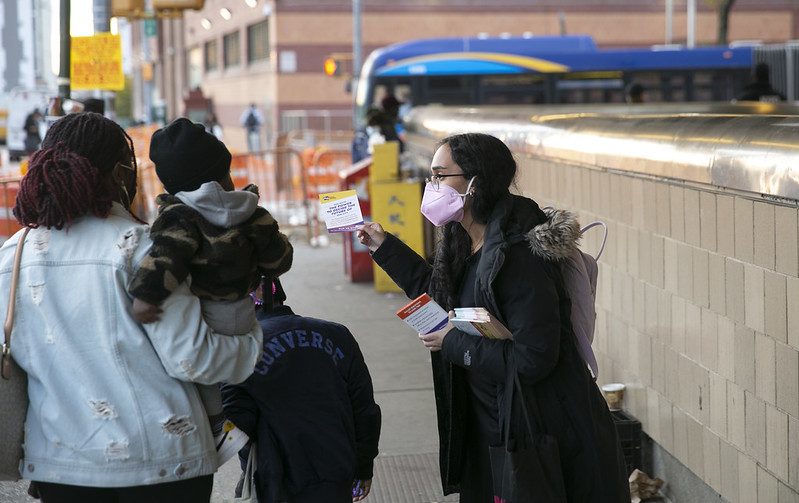 The New York City Council is set to pass legislation this week that would require entities spending to influence voters in local referendums to disclose their funders.

The law would close a loophole in the city's campaign finance law that lawmakers, good government groups, and campaign finance regulators have decried for years. If signed by the mayor, so-called independent expenditures (IEs) of $5,000 or more would be subject to disclosure to the New York City Campaign Finance Board. As would the names of the owners and officers of the entity behind the spending, and the names of its major contributors – the same requirements that currently apply to IE spending for or against candidate campaigns.

The legislation, which would amend the City Charter, would also require ads for or against ballot questions to include a "paid for by" notice, including the names of up to three of its top donors.

Movement on the bill comes after several years of prominent ballot questions in New York City, including three charter revision commissions that put amendments on the ballot in 2018, 2019, and 2022, including ranked-choice voting in certain local elections, expanding police oversight, and strengthening the city's public campaign matching fund system.

"Ballot proposals have major implications for New York City, including by making amendments to our charter. That's why spending on ballot measures should be subject to the same disclosure requirements as spending on candidates," said City Council Member Selvena Brooks-Powers, a Queens Democrat and lead sponsor of the bill, Int. 855, in a statement to Gotham Gazette. "Int 855 would get rid of this anti-democratic discrepancy in our election laws and improve transparency."

Unlike campaign spending directly by a candidate committee, independent expenditures made without coordination with a candidate campaign are held a protected form of speech by the U.S. Supreme Court and cannot be subject to limits. But they can be subject to disclosure about their funding sources and activity and over the years city law has required more reporting to the Campaign Finance Board (CFB).

Good government groups say extending those requirements to ballot referendums is a critical response to the growing electoral influence of large donors, often cloaked in anonymity. Advocates at the Brennan Center for Justice and good government group Citizens Union testified in favor of Brooks-Powers' bill at a hearing in December. No one testified against.

“New York City voters deserve to know when someone is spending big money to sway the outcome of ballot contests that affect their daily lives," wrote Marina Pino, a lawyer at the Brennan Center, in an email to Gotham Gazette. "Across the country, wealthy individuals and groups spend huge sums to push their interests and influence voters in these critical contests. This bill takes an important step forward in closing gaps in disclosure laws that shield secret spending, while still capturing only the largest spenders seeking to sway voters.”

"Similar disclosure rules in elections for city offices have helped voters learn who is funding campaigns and mitigated the impact of 'dark money' in our city," wrote Ben Weinberg, Citizens Union's policy director, in an email. "Extending these rules to apply to local referenda campaigns is a reasonable response to the increase in Super PAC spending in New York."

The bill was first sponsored by Comptroller Brad Lander, then a City Council member from Brooklyn, after uncharacteristic spending on referendums in the 2019 elections sparked renewed interest.

That year the CFB recommended city lawmakers close the charter loophole after three independent expenditure committees spent roughly $1.15 million in support or opposition to proposed Charter amendments, most of it from a single group in support of adopting a ranked-choice voting system (the group, the Committee for Ranked Choice Voting NYC, included Citizens Union executive director Betsy Gotbaum as a board member). Ballot proposals the year before, in 2018, saw about $125,000 in independent spending. While the individuals controlling the committees had to be reported, the donors bankrolling them did not.

There are no independent expenditures reported on the Campaign Finance Board's online portal on ballot referendums in the 2022 election, which included three amendments proposed by the city's Racial Justice Commission. New York City voters approved every municipal ballot question in 2018, 2019, and 2022 by wide margins.

"[W]hen it comes to ballot proposals, our law has a blind spot. Bringing the disclosure for ballot proposals in line with the requirements for independent expenditures about candidates will provide voters with important information that will help them cast informed votes, and we urge the Council to take action,” said Amy Loprest, then-executive director of the CFB, in a 2019 statement urging the Council to pass the Charter amendment to require disclosure around spending for or against ballot questions.

“Disclosing donors of independent expenditures for ballot initiatives would be a win for election transparency and our democracy," Lander said in a statement provided by a spokesperson this week. Lander was also the sponsor of the amendment that created the disclosure requirements for outside spending on candidate campaigns in 2014.

"The public deserves to know who is paying for the ads about ballot proposals that could become law as we head into another municipal election cycle this year," he said.

The bill is scheduled to be voted on the City Council's Government Operations Committee on Thursday and is expected to go to the full Council later that day where it is set to pass. If signed by the mayor or allowed to age into law, the law will take effect on January 1, 2024. The mayor’s office did not provide comment for this article about his stance on the bill.