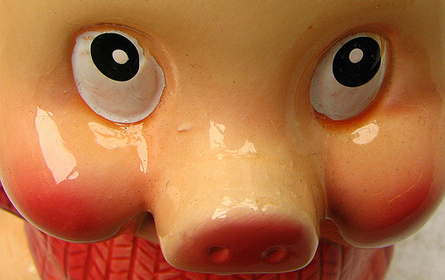 This story was based on the first version of the council's discretionary budget released on Thursday, June 18. Therefore, our list does not include member items for aging and youth programs.

Bring on the fat.

The funding includes money specifically for the city's aging and youth departments, funding the speaker distributes for larger initiatives and another pot for each councilmember to do with as he or she sees fit.

This year, Councilmember Inez Dickens is sponsoring the largest number of member items, according to an analysis by Gotham Gazette. Dickens, if the budget is approved today, could receive 149 items that have her name attached to them, ranging from a $100,000 appropriation to the Metropolitan New York Coordinating Council on Jewish Poverty to $3,500 handout for an ice skating program in her Harlem district. This number includes items she is sponsoring with other council members.

Dickens' proposed appropriations far outnumber some of her council colleagues, like Tony Avella (notorious foe of the city's political establishment) who is slated to receive only 15 member items, or Councilmember Larry Seabrook, who also has 15. Seabrook's previous allocations are currently under investigation. On average, a council member has sponsored 51 member items this year.

The amount each member receives often varies, and city council members have said it fluctuates depending on their relationship with the speaker or whether they have a leadership position.

**This chart shows the amount of items each council member is sponsoring. Because it was based on the first version of the council's discretionary budget released on Thursday, June 18, it does not include items for aging and youth programs. It does not reflect the amount of funding a member brought back to his or her district. These items can range from $1,000 to $600,000. Larger items are usually sponsored by several members together. For the full breakdown of member items, click here

The vast majority of the council's funding is given to community organizations and nonprofits, from a Little League to an area after school program.

For instance, if the budget is approved, Councilmember Erik Martin Dilan's $15,000 largesse will give the Brooklyn Ballers Sports, Youth and Educational Corp. uniforms and equipment to shoot hoops this year. Councilmember Darlene Mealy, also of Brooklyn, has proposed to give $20,000 to an after school program at Betsy Head Memorial Park, while the generosity of Councilmember James Sanders might land $12,500 for Lammies Day Care for business services for the "underprivileged."

For these member items, there is always the conventional and the unconventional.

While many community groups rely on the City Council's funding and say they couldn't get by without it, other observers allege it is another way for local officials to spread good deeds, but expect something in return. That return may be even greater in an election year.

In addition to its discretionary spending, the council also released details of funding it plans to direct to city agencies for programming -- largely aimed at making up for cuts proposed by the Bloomberg administration. In total, the council is proposing to inject the budget with $362.3 million, a drop from the $411.3 million it appropriated last year, according to the council.

The largest restoration, according to the council's budget document, was for libraries for approximately $72 million.

In the past, the council's discretionary funding has not had the cleanest of records.

In 2008, the council's dollars became the subject of two separate investigations, after a report in the New York Post revealed there were fake groups within the discretionary funds. The fake organizations acted as holding accounts, and the funding was distributed to legitimate organizations at a later date. Since then, the dollars have been under greater scrutiny, and some misappropriation has been uncovered. Last year, two council employees were indicted for fraud and money laundering.

In the aftermath of the scandal, Quinn implemented new regulations regarding council funding, which requires several city agencies and the council's finance department to review each organization that receives an appropriation.