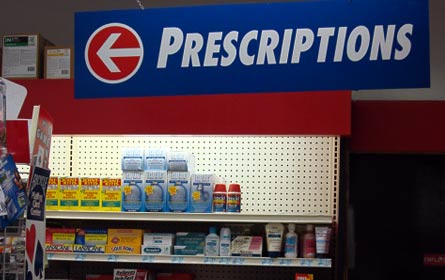 Handing out its own prescription for language access, the City Council approved legislation Thursday requiring large pharmacy chains to providetranslation services in the city's most popular languages.

The bill, which was approved by a vote of 36 to 7, would apply to pharmacies with more than four locations that are under the same ownership. Opponents of the bill say it is another example of the city overregulating private businesses.

Aida Torres, a Spanish-speaking Brooklyn resident, said she "does not speak English well."

Standing outside of City Hall yesterday, Torres explained that what would be a routine trip to their local pharmacy for many is a dangerous venture for non-English speakers.

"I've experienced going into pharmacies in New York and not being able to understand my pharmacist," said Torres, who praised the legislation. "Medication can be very dangerous."

According to a 2006 survey by the New York Academy of Medicine, 88 percent of randomly selected pharmacists served people who spoke only limited English every day, but 50 percent did not translate labels or did so less than once a week.

About one in four New Yorkers do not speak English.

Public Advocate Betsy Gotbaum, who introduced the legislation, said, "It is a very important bill for a city like this."

The legislation (Intro 859-A) requires pharmacies post signs letting customers know they offer translation services. They would also have to provide oral and written translation services for medication labels, guidance on how to take the prescription and information on warnings. These translations could be done over the phone, in person or by a third-party contractor. The languages included are Spanish, Chinese (Mandarin and Cantonese), Russian, Korean, Italian, French Creole and Polish. If a pharmacy does not comply with the law, it could face a fine of up to 2,500 and $5,000 for subsequent violations.

Though the bill would only apply to large chain stores, those in the pharmacy industry fear that this is just a first step towards forcing local mom and pop shops to provide these services. When first proposed, the bill did require all pharmacies provide translation services by 2012. It was later scaled back.

"We are just afraid or maybe concerned that we eventually will be affected," said Alex Perchuk, owner of Thriftway Pharmacy in Midwood and vice president of the New York City Pharmacists Society. "We already provide label information in different languages."

"I see government talking out both sides of our mouths," said Minority Leader Jimmy Oddo, who just attended a meeting on how to help small businesses through the recession. "Do we honestly believe this is the end point?"

In addition to Oddo, Councilmembers Elizabeth Crowley, Simcha Felder, Peter Vallone and Daniel Garodnick as well as the body's other Republican members, Eric Ulrich and Vincent Ignizio, voted against the bill.

According to the mayor's Press Secretary Stu Loeser, the mayor is expected to sign the legislation.

Standing in the City Council's Red Room, Joseph Graffagnino Sr., the father of one of two firefighters who died during the Deutsche Bank blaze in 2007, said his son, who shares his name, would have been 36 years old Thursday.

Graffagnino's son never saw that age. While the Deutsche Bank was being deconstructed its standpipe was severed -- effectively cutting off all of the water supply to the firefighters, like Graffagnino, who were trying to fight the blaze.

The City Council is trying to make sure that doesn't happen again.

As part of legislative package in response to the fire, the council approved four bills that regulate the inspection of standpipes at construction sites and the deconstruction of buildings. The first (Intro 993 ) would require a design professional submit a demolition plan that would need to be approved by the Department of Buildings before any deconstruction could occur.

The final bill (Intro 1000) allows only a licensed master plumber or fire suppression professional to cut and cap a standpipe system. They would also need to have a permit from the Department of Buildings.