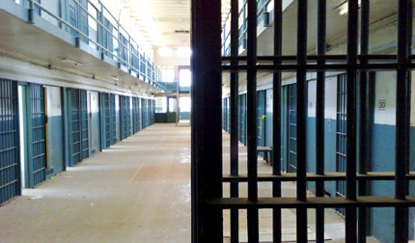 Six months ago, Prison Health Services -- the private, for profit company that manages health care in 10 of the city's 11 jails -- got a raise.

The Tennessee-based corporation, which has a virtual monopoly on health care in prisons nationwide, saw its payments increase by more than 10 percent -- a figure that has been adjusted for inflation -- since its previous agreement with the city in 2005.

That boost, which city officials attribute to cost of living increases, came despite the company's failure to meet at least 15 percent of its performance standards set by the city's Department of Health and Mental Hygiene between 2006 and 2008. On several occasions, the company did not meet a quarter of its performance indicators, which include completing intake histories and conducting physical exams, according to quarterly review reports from the department.

Because of this poor performance, the city has fined Prison Health Services for the past three years in a row.

While many advocates agree that care on Rikers Island has improved since it was run by a private hospital a decade ago, others say the city's jails still do not provide quality health care. Whether it's a lack of leadership or the challenges of dealing with a transient, often mentally ill, population, quality health care is as isolated from Rikers' inmates as the island itself.

Prison Health Services just kicked off its third, three-year contract with the city's Department of Health and Mental Hygiene. The price tag: $366 million.

As part of that contract, the health department issues quarterly performance review reports, evaluating whether the corporation has substantially met or failed to meet certain health care criteria. The reviews measure the quality of women's health, asthma care, confidentiality, testing for sexually transmitted diseases and more.

The measurements are gleaned from a review of 9,000 records per quarter, said Louise Cohen, deputy commissioner for health care access and improvement at the Department of Health and Mental Hygiene. These records assess Prison Health's performance through 40 indicators, some of which are analyzed by a random sample.

In its last two years of service to the city, the time leading up to the contract renewal, Prison Health Services has continuously failed to meet a handful of city standards -- some more than others. In six of the eight quarters from January 2006 through December 2007, Prison Health Services did not properly follow up on certain HIV treatment testing. Some inmates, Cohen said, received follow-up tests several days late.

For five consecutive quarters, until mid-2007, the corporation did not meet standards for taking inmates' histories when they arrive at Rikers, skipping over parts of the mandatory paperwork, said Cohen. On average, Prison Health complied with the department's intake standards about 61 percent of the time during that period.

Now that the department is rolling out an electronic intake system, Cohen said, that process should run more smoothly. The Bloomberg administration requires that every inmate receive an intake physical within 24 hours of arrival on the island . According to the Mayor's Management Report, more than 89,000 intake exams were given in fiscal year 2007 -- that out of approximately 100,000 annual admissions.

For three out of four quarters in 2007, Prison Health also did not meet standards for follow-up care for inmates in segregated housing. Cohen said this was due to security concerns in one facility that may have skewed the entire performance results.

While some areas of care are problematic, the company has met criteria in others. For instance, women's care has received nearly a 100 percent compliance rate over the entire two-year period. This care includes cancer screenings, prenatal care and sonograms.

Prison Health has also consistently tested for sexually transmitted diseases during an inmate's admission to Rikers.

"We're more concerned than anyone in making sure that we have the right quality of care," said Cohen. "We are actually meeting the community standard in many cases and exceeding it in a number of others."

A spokesperson for Prison Health Services refused to comment for this story and referred any comment to the city's health department.

The Measures In Context

For all of 2007, according to city health records, Prison Health Services met the standards for documenting suicide watches approximately 95 percent of the time.

But, that doesn't mean there were no suicides on Rikers Island. There were three, according to the mayor's management report.

This is one indication of how performance standards can miss measuring actually quality of care. Prison Health may receive a mark of 100 percent in some areas where advocates continue to receive complaints about poor health care.

Dale Wilker, a staff attorney at the Prisoners' Rights Project at the Legal Aid Society, said by far the most serious complaint from prisoners who have serious ailments, from HIV to heart conditions or asthma, is failing to have continuous access to needed medication.

"The biggest complaints I have heard, not in terms of volume but in terms of seriousness, was medicine people are taking and are required to take are interrupted and not started for a period of time," said Wilker. "Since the city got away from using teaching hospitals and went to providers that are in some way to make money and to serve their stockholders, complaints have become much more frequent and much more serious."

According to city records, Prison Health Services has met criteria outlined by the health department for several standards that deal with medication or prescription delivery, including long-term medication for asthmatics, the availability of medication within 24 hours after it is prescribed and the timeliness of medication orders for mental health patients.

Cutting Prisons, Keeping Prisoners: Crime and the number of felons are down in New York, but the state continues to keep its prisons open, eating up money that could be used for drug treatment, better supervision of released offenders and parole.

How to Reform Juvenile Justice: While applauding steps the city has made to improve its ways of dealing with young offenders, much remains to be done, an advocate writes. To make the next step, she argues, the city must close detention facilities and reduce the glaring racial disparities in the system.

Keeping Young People out of Jail: In six years, New York City has greatly reduced the number of young offenders held in detention. The city's director of juvenile justice explains the progress so far and what the administration plans to do next.

This is not the only area where anecdotal accounts of care contradict measurements by the city. The most frequent complaint of inmates, according to some advocates, is waiting times to get into one of the island's many clinics.

Inmates have told the Gotham Gazette they have waited for hours before receiving care, regardless of their condition. On the other hand, the mayor's management report contends for the past three years inmates have waited about a half hour to receive care.

Some say the department's quality performance reviews, while worthwhile, are not an accurate reflection of the quality of care on Rikers nor do they measure what is most important in providing correctional health care.

It is difficult to determine whether the compliance record is a result of one box unchecked on an intake form, some say, or more serious failures by Prison Health Services.

"For our purposes, in terms of our role, they are not the best items to be using to assess (whether) the things that we care about are being met," said Hildy Simmons, the chair of the city's Board of Corrections, which oversees the city's correctional system.

Considering Prison Health Services' contract was just renewed, advocates contend the system must not be so atrocious that Rikers needs another provider -- as was true during the days of St. Barnabas in the early 1990s.

"That suggests to me that things weren't bad enough for the department of health to not want to contract with them at all, or maybe they couldn't find another provider," said Wilker, who would like to see the city contract with university-affiliated hospitals.

This is partially true. When the city requested contract bids for some of its independent borough facilities last year, no local, nonprofit hospital bid on it, said city health officials. Like any other city contract, Prison Health Services contract goes through a procurement procedure. This three-year contract was a renewal and was not put out to bid, said Cohen.

"We think PHS is performing adequately," said Cohen. "We would love to have a local, nonprofit partner. One just isn't stepping up to the plate."

The department does review all of its performance criteria on an annual basis to determine, which indicators to concentrate on. And, said Cohen, in any area the corporation fails, it is required to come up with a correction action plan, which the department continues to monitor.