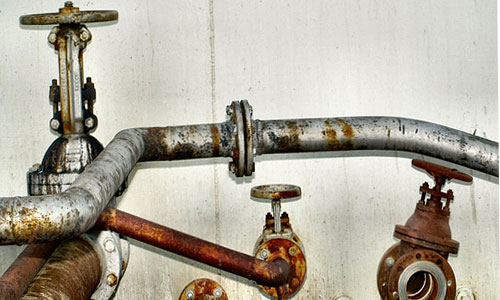 Installing pipes at any project without a license is about to cost a whole lot more.

Cracking down on unlicensed plumbers and fire prevention workers, the City Council unanimously approved legislation on Tuesday to more than double fines for contractors working on projects without a license.

When asked how often plumbing or fire suppression work is installed at a project by an unlicensed contractor, Council Speaker Christine Quinn said she did not have statistics. She said the council often has heard anecdotal complaints.

"This is too much of an important issue not to leave to experts," said Quinn.

The neighborhood best known for spanakopita and airy, European-esque cafes received what some residents called a lifeline from the council yesterday in the form of a rezoning.

The rezoning, one of more than 100 approved during the Bloomberg administration, would preserve the character of the neighborhood and prevent out-of-scale luxury development prevalent during the building boom, said city officials.

"I've lived in Astoria my whole life," said Councilmember Peter Vallone Jr., who represents the area. "Today is a great day for Astoria."

According to Vallone, the neighborhood has not been rezoned since 1961.

Both the Queens borough president and the local community board supported the rezoning.

The council approved legislation ( Intro 226) requiring the Department of Health and Mental Hygiene to report to the council quarterly on its child care programs. Similar legislation was approved by the council in 2005, but expired in 2008.

The new bill will require the department report on the number of child care programs, their inspections, complaints of programs operating without a license and programs that have lost licenses.

The council also unanimously approved legislation (Intro 206) that rescinds a requirement for medical record storage facilities to receive permits from the Department of Health and Mental Hygiene. It also revises the information needed to obtain a permit to transport milk or milk products.