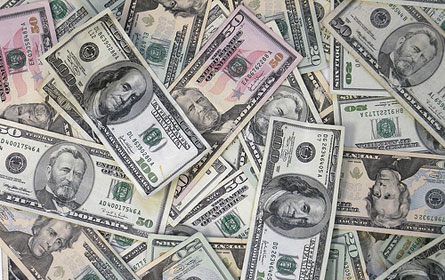 It pays to be part time.

The coveted City Hall post, after all, is only a part time gig.

Koppell was one of three council members -- Domenic Recchia and Thomas White were the others -- who made more than $100,000 working part-time outside of City Hall last year, according to disclosure forms released by the city Conflicts of Interest Board Tuesday.

Collectively, the three could have made more than $1 million. Outside income is reported to the board in ranges, and it is unclear whether members fell toward the top or the bottom.

To see our full list of outside income, go here.

In total, the council members who served in City Hall last year and were re-elected made at least $533,000 in outside income in 2009. On the other hand, 22 members, including Council Speaker Christine Quinn, made none at all.

As the city Charter Revision Commission contemplates what to put on the ballot this fall, advocates and officials are examining how the city oversees and regulates income at the City Council.

At least one commissioner wants to make the City Council a full time job. As an alternative, advocates have pressed for more disclosure, replacing the ranges with more specific dollar figures -- a measure a number of council members also have expressed support for.

To Koppell, practicing law on the side makes it easier to understand his job at the City Council. He wouldn't want to see any limit on what someone can earn outside of City Hall.

"Even though the council salary is certainly better than it used to be, for someone that has good experience and substantial credentials, it is still quite modest if you want to have a family and send kids to college," said Koppell. "It really is a barrier to getting them to serve."

The bare bones council salary is $112,500, but two-thirds of members make more than that. They receive stipends, or lulus, to supplement their salary for holding leadership positions or chairing committees.

On top of his council salary, Recchia gets $18,000 for chairing the finance committee.

*Members that just joined in January 2010.

He also raked in at least $55,000 from rental properties in both Vermont and New York.

White moonlights as the executive director of the Queens Village Committee for Mental Health for J-CAP Inc., which pays him between $100,000 and $250,000 annually.

Many of those with outside income practice law, but there is the occasional professor (like Jimmy Vacca, who made at least $11,000 at Queens and Monroe colleges) or fundraiser (Eric Ulrich made at least $1,000 raising money for a Queens Church last year).

In questionnaires filled out by candidates before the 2009 race, at least 18 current council members said they would support making the City Council a full time job. According to the questionnaires, Inez Dickens opposed it. She made between $15,000 and $120,000 managing real estate in addition to her council salary in 2009.

At least one commissioner at the City Charter Revision Commission wants to capitalize on that so-called support.

"They make $112,000 a year," said Anthony Cassino, a city charter commissioner, who ran for the City Council in 2009 against Koppell. "Most people would kill for a salary like that."

Cassino said making the council a full time job would limit conflict of interest and get officials to concentrate on their work in the district.

Others would scale that proposal back.

In a report to the charter commission released last month, Citizens Union, the sister organization to Gotham Gazette's publisher, urged the commission to increase the disclosure of outside income at the council. They did not go as far as calling for a full-time council.

"If term limits are to continue, it's not fair to ask lawyers and business people to give up their enterprises for eight to 12 years," said Dick Dadey, the executive director of Citizens Union. "But we remain concerned over the potential conflicts that exist if they continue to earn money from outside sources."

Specifically, the report called for revealing the number of hours worked by council members, smaller ranges for income and the disclosure of clients, with some exceptions.

While the charter commission's preliminary report made no mention of outside income as a potential ballot proposal, supporters of more disclosure said that does not mean the issue is completely off the tab