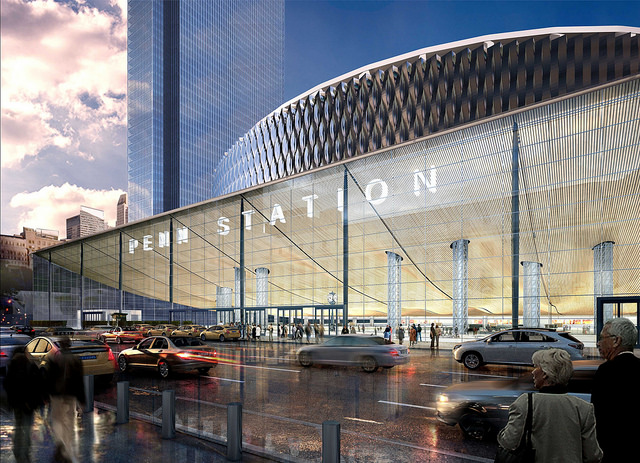 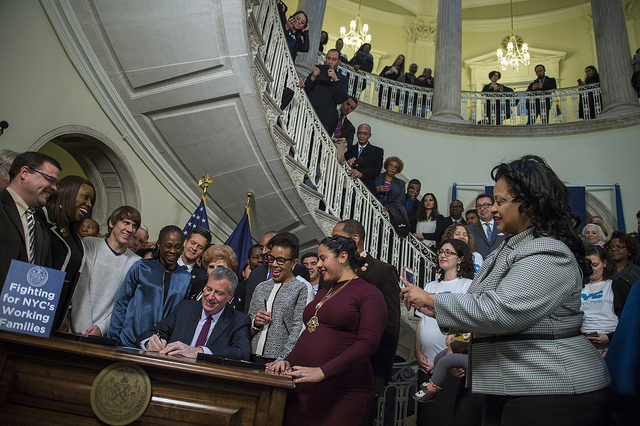 1. New Deputy Mayor: On Tuesday, Mayor Bill de Blasio announced Dr. Herminia Palacio will take over as Deputy Mayor for Health and Human Services, filling a position that had been vacant for four months. Homelessness is an especially key issue for Mayor de Blasio and his administration, as they work to remedy an increasing homelessness crisis.

2. Cuomo’s Executive Order: Gov. Andrew Cuomo issued an executive order on Sunday requiring all homeless people on the streets be moved into shelters when temperatures fall below freezing, and ordering homeless shelters to extend their hours. The move has been met with some criticism, in part because the city already provides much of the same protections to homeless people. [Read: Something Cuomo & De Blasio Agree On: City Shelters Need Improvement]

3. Cuomo’s 2016 Agenda: Speaking on NY1, Gov. Cuomo said ethics reform will be on the top of his agenda: “I’m going to push the legislature very hard to adopt more aggressive ethics legislation, more disclosure, more enforcement.” Cuomo also mentioned economic development and “social justice,” namely the “high unemployment among young minority males,” as being important to him, and has also called to overhaul Penn Station in an upgrade that could cost about $3 billion. The governor has spent the week unveiling key pieces of his agenda, including several infrastructure-related plans. [Read: Corruption, Elections Loom Over Lengthy 2016 Legislative Agenda & Predictions! Experts Look Ahead to New York Politics in 2016]

4. Minimum Wage Hikes: Mayor de Blasio announced Wednesday that city employees, including workers contacted through nonprofits, will see their minimum wage increased to $15 an hour by 2018 in a move that will impact an estimated 50,000 workers. Governor Cuomo is expected to make a statewide $15 minimum wage one of the focuses of his State of the State speech next week.

1.7% overall decrease in major crime in New York City in 2015, according to statistics released by the NYPD, though certain categories were up, including murder.

50,000 city workers will earn $15 per hour by the end of 2018 under pay raises announced by Mayor de Blasio on Wednesday.

20,000 nonunion municipal employees will be allowed up to 6 weeks of paid parental leave thanks to a new measure signed by Mayor de Blasio, Gotham Gazette reports.

450,000 New Yorkers, give or take, will be able to save upwards of $400 a year on their public transportation expenses now that a new Commuter Benefits Law has gone into effect, Gotham Gazette reports.

26 City Council members signed a letter asking Mayor de Blasio to have his agencies find ways to reduce spending by about 5% before he release his next preliminary budget, Gotham Gazette reports.

THE GLORY AND THE GOAT:
It was a good week for Herminia Palacio, who became the new Deputy Mayor for Health and Human Services (though it is also tough for Palacio in that she is taking one of the most challenging jobs in city government).

It was a bad week for City Council Speaker Melissa Mark-Viverito, who will pay a $7,000 fine for accepting gifts from a consulting firm during her run for speaker (though it is also good for Mark-Viverito that the issue is being put behind her).

THE FLASH:
Around this time 146 years ago, on January 3, 1870, ground was broken for the construction of the Brooklyn Bridge.

Around this time 50 years ago, on January 4, 1966, during the longest transit strike in New York history (which shut down subways and buses for 12 days), Mike Quill, then-president of the transport workers union, criticized city officials during a press conference broadcast by WNYC. He was arrested days later.

Around this time 69 years ago, on January 6, 1947, the Supreme Court upheld rent controls when they refused to hear a case by New York landlords who wished to raise rents.

GOTHAM GAZETTE HIGHLIGHTS OF THE WEEK:
Gotham Gazette Executive Editor Ben Max appeared on WNYC's The Brian Lehrer Show on Wednesday to discuss the year ahead in New York politics.

Time for the Mayor and the Governor to Work Together, by Ben Max (opinion)