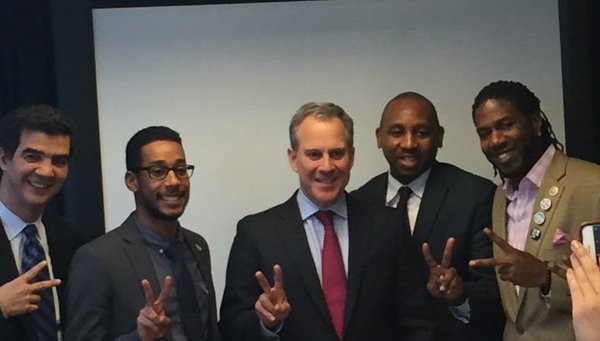 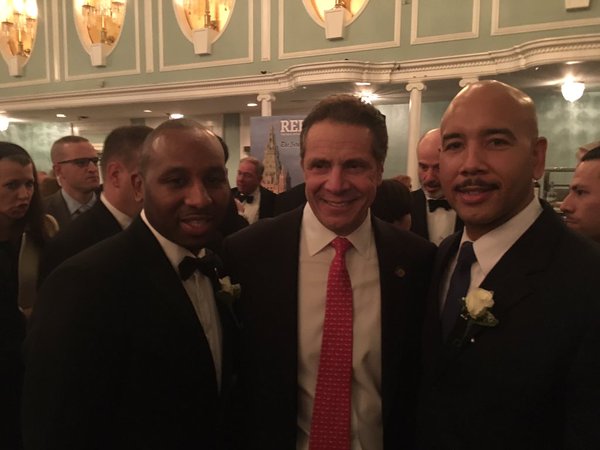 2. 421-A: Governor Cuomo and Mayor de Blasio seem to have found something they agree upon after stakeholders failed to reach a deal necessary to renew the 421-a tax abatement program, which incentivizes affordable housing development. After 421-a expired last Friday, Mayor de Blasio said he is “deeply disappointed” and intends to push the issue in Albany this session. Cuomo has also expressed disappointment over the expiration and agrees that it was critical to the city’s affordable housing plan, though many blame Cuomo for its end. [Read: De Blasio Calls for Albany to 'Make Right' on Program at Center of Rift with Governor]

3. Grocery Worker Retention Act: On Tuesday, the City Council passed the Grocery Worker Retention Act, which requires new owners of large grocery stores to retain the workforce that existed under the store’s previous ownership for 90 days. The bill, which passed 40-7, sparked a rare level of dissent on the City Council floor, with several Council members explaining their opposition to the bill during the vote. [Read: Grocery Worker Bill Provokes Rare Level of Council Dissent]

4. Horse-Carriage Controversy: On Sunday, the Mayor and the City Council Speaker announced an agreement with Central Park horse-carriage drivers to reduce the number of horses and restrict them to Central Park, where they will eventually be housed in stables created by the city. Yet the plan has been met with widespread criticism, with pedicab drivers (whose area of operation would be restricted under the deal) protesting outside City Hall, carriage drivers vowing to fight the plan, and park advocates criticizing the use of park land to build stables for a private industry. The City Council held a lengthy and contentious hearing on the new plan on Friday, with even the carriage drivers now saying they are unhappy with the deal as written - its future is unclear.

95 horses will remain in Central Park under the much-debated deal between the city and the carriage-drivers union, down from about 220, the New York Times reports.

$176 million in federal funding will be given to New York City to build a new flood protection system around lower Manhattan, the New York Times reports.

$5 million has been given to Governor Cuomo from contributors over the past six months, all while he continues to call for closing the “LLC loophole,” the Times Union reports.

THE GLORY AND THE GOAT:
It was a good week for Westchester County district attorney Janet DiFiore, who was unanimously confirmed as the new chief judge of the state Court of Appeals this week.

It was a bad week for Success Academy Charter Schools leader Eva Moskowitz, as the parents of 13 children have filed a lawsuit against the city’s largest charter school network, claiming Success Academy discriminated against students with disabilities and pushed some students out of the schools. it is the 22nd lawsuit filed against Success Academies, Moskowitz said Friday morning during a speech.

THE FLASH:
Around this time 232 years ago, on January 21, 1784, the state legislature met for the first time at City Hall. New York City remained the state capital until 1796, when Albany was chosen as the new capital.

Around this time 108 years ago, on January 21, 1908, New York City passed the Sullivan Ordinance, making it illegal for women to smoke in public places. One woman spent a day in jail for breaking the law after refusing to pay the fine. Two weeks later, Mayor George McClellan Jr. vetoed the measure.

Once Rife with Problems, City Budget Process Now a Model for State System in Need of Reform, by David Howard King

De Blasio Calls for Albany to 'Make Right' on Program at Center of Rift with Governor, by Ben Max

What to Watch for as City Budget Season Begins, by Samar Khurshid

Overdue DOE Capital Plan To Be Released, by Samar Khurshid

The Wisdom of Primaries, by Theodore Hamm (opinion)

MORE FOR THE WEEKEND:
On the anniversary of Citizens United, Senator Liz Krueger and Anthony Cresswell, an organizer with the New York for Democracy Coalition, appeared on the Capitol Pressroom on WCNY to make the case for a constitutional amendment that would overturn Citizens United and related cases.

Continuing the conversation on the rising number of reported rapes in New York City and what the city can do to prevent sexual assault, Kathleen Basile of the CDC’s National Center for Injury Prevention and Control appeared on the Brian Lehrer Show on WNYC to discuss the “buddy system” and other, more effective methods of assault prevention.