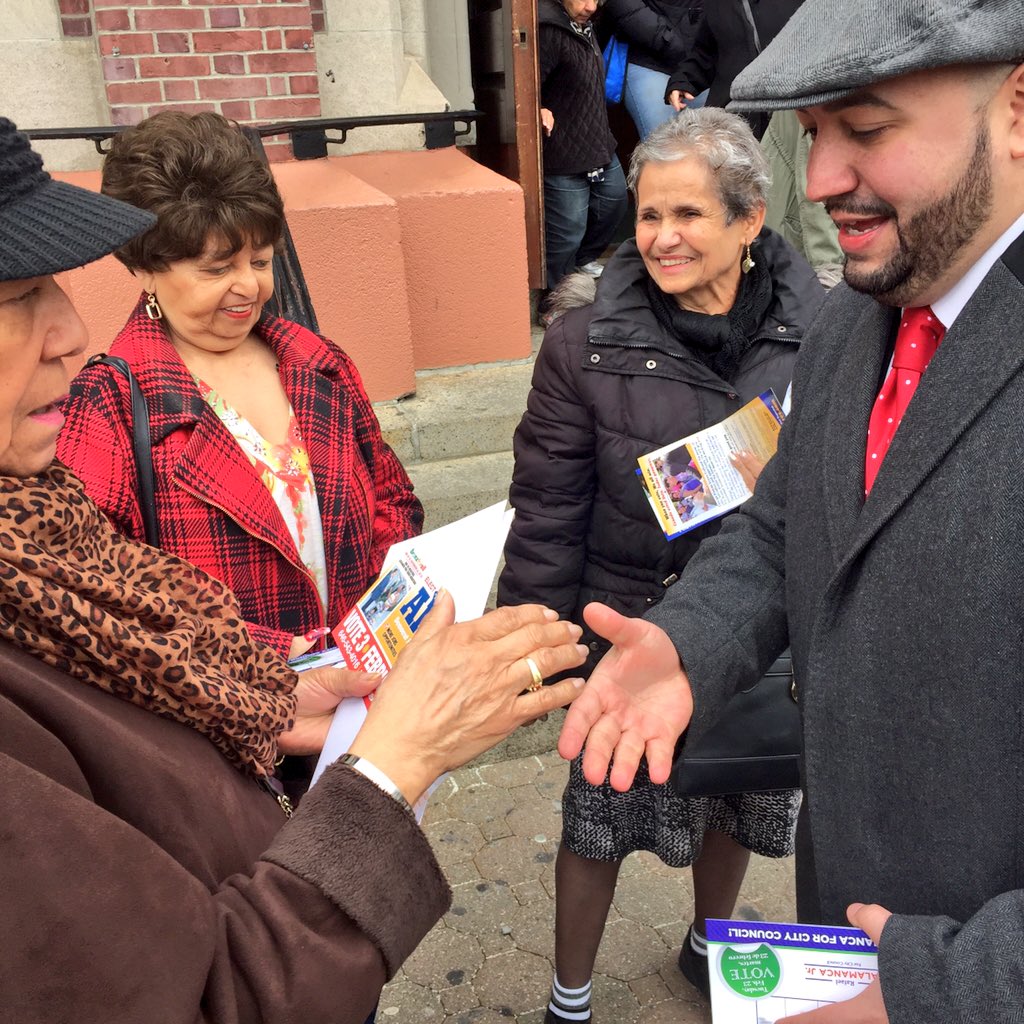 Residents of District 17 in the Bronx will vote for a new City Council Member on Tuesday in a special election to fill the vacancy left by former Council Member Maria del Carmen Arroyo, who resigned and the end of last year. As with all special elections for the City Council not held on regularly scheduled election days, it is a nonpartisan contest, meaning no candidate will appear on the major party ballot lines. Instead, each candidate had to create his or her own “party.”

Voter turnout is expected to be low and the winner will likely be decided by level of institutional support - from labor unions and the Democratic Party apparatus - and access to campaign funds. The winner is all but certain to enter the Council as a Democrat - the Bronx is overwhelmingly Democratic in terms of party registration and the party identification of elected officials (every elected official representing the Bronx at all three levels of government is a Democrat).

There are six candidates still in the running, down from eleven initial contenders after several were knocked from ballot contention for various mistakes. Those who will be on the ballot include small business owner George Alvarez; Marlon Molina, a community activist and banker; Joann Otero, former chief of staff for del Carmen Arroyo; Julio Pabon, an activist and entrepreneur; J. Loren Russell, a financial consultant; and Rafael Salamanca, Jr., district manager at Bronx Community Board 2.

In this crowded field, Salamanca, Jr. seems to be the frontrunner, with the backing of the Bronx Democratic County Committee, support from Borough President Ruben Diaz, Jr. and virtually all of the City Council members from the Bronx, as well as the endorsement of Maria del Carmen Arroyo’s mother, Carmen Arroyo.

“Usually the candidate with the most institutional support wins a special election,” said Jerry Skurnik of Prime NY, a political consultancy. He pointed out that the short timeframe within which special elections are held are an advantage to candidates like Salamanca, who have the local political machinery behind them. City Council special elections are usually held on the first Tuesday after a seat has been vacant for 45 days.

Skurnik also said that other candidates only stand a chance if they can outspend opponents or invoke wide grassroots support. “There have been some upsets in special elections, but there’s usually some kind of special circumstance which doesn’t look like it’s happening in this Bronx special election,” he said.

One major issue in specials is getting people out to vote. “Between 5 and 10 percent of registered voters is relatively good for a special election,” Skurnik said. The numbers bear this out.

Three recent elections to City Council seats give an indication of what turnout looks like. Donovan Richards won the 31st Council District in Queens in a special election held on Feb. 19, 2013. There were 76,866 active voters enrolled in the district in 2012 (the number increased to 81,165 as of April the next year). Of those active voters, 9,147 - or 11.89 percent - cast their ballots in that special election, with 2,646 voting for Richards.

The other two elections, for District 51 in Staten Island and District 23 in Queens, were technically not special elections, in that they weren’t nonpartisan, but they were held this past year to replace two Council Members who resigned midway through their terms. A primary was held in September followed by the general election on November 3, Election Day. But the voter statistics are comparable.

Held in a low-key election cycle in an off-year, turnout was low, but relatively higher than with Richards’ election. In District 23, there were 11,305 votes cast (13.9 percent of the 81,027 active voters in the district), with 6,156 going to the winner, Barry Grodenchik, a Democrat.

To reach out to the 71,795 active registered voters from District 17 to get them to vote in Tuesday’s special election, the Bronx-based nonprofit Nos Quedamos Community Development Corporation partnered with the New York City Campaign Finance Board’s voter engagement arm, NYC Votes.

Nos Quedamos organized a community forum last month, livestreamed by BronxNet, to inform residents of del Carmen Arroyo’s resignation and to introduce the candidates who wanted to replace her. Ten of the eleven initial candidates were present.

Nos Quedamos has also been holding a voter registration drive for the last two weeks, first targeting the large concentration of homeless shelters in the district, whose residents are often overlooked when it comes to registering to vote. As election day approaches, they have been focused on reaching out to the nearly 4,000 housing units in the 19 buildings in their organization’s network.

“For special elections like this, (turnout) is a concern for us because it’s not on everyone’s radar,” said Jessica Clemente, CEO and president of Nos Quedamos. She said the resignation announcement being made over the holidays meant that very few people were aware that their Council representative had resigned and Nos Quedamos had little time to tell them. “Forty-five days is a blink of an eye,” Clemente said, pointing out that grassroots door-knocking is crucial in such a short time frame to inform voters and bring them to the polls.

“You are always going to have low voter turnout when a special election is held,” said Dick Dadey, executive director of Citizens Union, a good government advocacy group. “But better it’s held in an open nonpartisan way than a closed partisan way because voters at least have a choice of candidates in City Council special elections.”

Citizens Union last year called for state legislature vacancies to be filled through nonpartisan elections so that they are no longer “party-controlled coronations.”

Dadey conceded that party support does still have a role to play in nonpartisan elections. “The major political parties still exercise a great degree of control because of their ability to pull out voters and support candidates,” he said. “But we’ve seen time and time again where the favorite candidate does not always win. So there’s an opportunity for community leaders unaffiliated with a political party to win an election.”

Note: this article has been updated to clarify that it is Carmen Arroyo, not Maria del Carmen Arroyo, who has endorsed Salamanca; and to add campaign finance information for candidate J. Loren Russell.