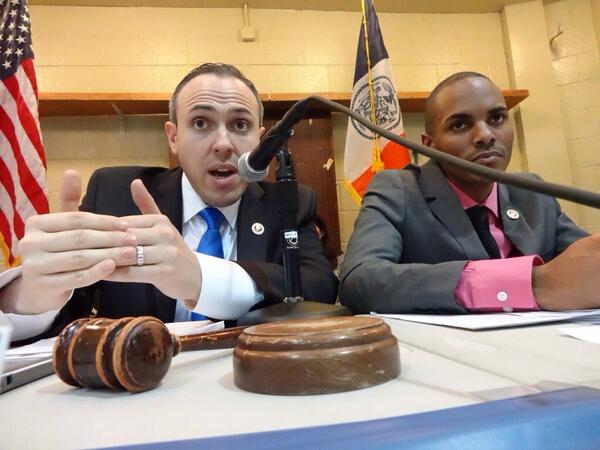 New York City is no stranger to calamity, be it natural or man-made, and many city agencies have emergency response plans for varying levels of crisis. On Wednesday, City Council Member Mark Treyger will introduce a bill to ensure that the Board of Elections, which administers voting in the city, joins these agencies in formulating its own disaster-preparedness procedures for conducting the polls.

"We have to make sure that democracy perseveres through a crisis," Treyger told Gotham Gazette. The Council member represents parts of southern Brooklyn that were hit hard by Superstorm Sandy in 2012, just a week before election day. Treyger's experience with the storm and his role as chair of the Council's Committee on Recovery and Resiliency give him a unique perspective on the issue.

"Every agency, NYCHA or DOE, are all in the process of updating their emergency response plans," Treyger said. "I'm curious to know what the BOE has done to better respond to emergencies post-Superstorm Sandy and what level of coordination exists between the City and the State."

Treyger's bill would mandate that the BOE be prepared for extreme situations by working with the Mayor's Office of Emergency Management to create a reasonable plan to conduct an election amid a crisis. In the interview, Treyger emphasized that he is sensitive about the primary goal during an emergency of protecting life, but wants to make sure that the democratic process isn't lost in the fray "once emergency relief efforts are concluded and all lives are accounted for." It would require, he said, coordination between multiple agencies, and between city and state authorities.

"Quite frankly, one crisis should not be an excuse for another crisis," Treyger said, citing New York's low voter turnout in past elections and how this record is worse in years when catastrophe strikes.

Superstorm Sandy had the Board of Elections scrambling to ensure that people could vote. Many polling stations were damaged by the floods and had to be moved with little public notice, which Treyger said affected at least 250,000 people. In response, Governor Andrew Cuomo, a day before the election, issued an executive order that allowed affected residents to vote with an affidavit ballot at any polling site. Treyger said these affidavit ballots started to run out at many sites. He insisted that these issues could have been averted if there had been a contingency plan and poll workers were trained on how to conduct an election during an emergency.

Of course, Sandy wasn't the first disaster to hit around election time. In 2001, the primary elections were scheduled for September 11, and were postponed by two weeks in the wake of the World Trade Center attacks.

"There is no cost too high," Treyger said, "to make sure that democracy is administered in a fair and just way for all New Yorkers." When Gotham Gazette asked about the financial implications of the bill, he said that could be worked out once the proposal is considered and that this is the right time to do so. "It is budget season," Treyger said.