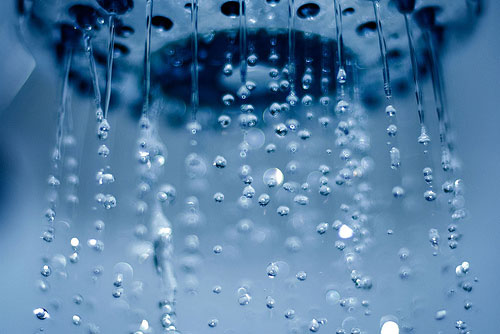 The City Council plugged some leaks Wednesday by approving a package of legislation aimed at conserving the city's water supply.

The bills will require new commercial buildings to have water fountains with spouts that can accommodate a 10-inch water bottle, mandate property owners install alarms to detect leaks in roof water tanks and, for the first time, allow dual-flush toilets.

All of them, said Council Speaker Christine Quinn, could prevent billions of gallons of water from being wasted every year.

"Our legislation today has the potential, believe it or not, to save 1 billion gallons of water in the first year," said Quinn. "That's the size of the Central Park reservoir."

Much of that water, council officials said, is wasted by faulty toilet valves or outdated cooling systems for air conditioners and ice machines.

The legislation approved Wednesday came out of a green code task force, established by Mayor Michael Bloomberg and Quinn to make the city's building, plumbing and electrical codes more eco-friendly.

Most controversially, the council required new construction to install water fountains with a separate spout with 10 inches of space below to allow users to fill a water bottle. The bill (Intro 264-A) was approved by a vote of 44 to 4.

The council's Republican delegation saw the proposal as overregulation at its best.

"Once again," said Republican Councilmember Daniel Halloran, "we are in the business of regulating crap."

Several Republican members also voted against a bill to require new construction to install plumbing fixtures -- like showerheads, urinals and sink faucets -- that would use less water. The bill (Intro 271-a) also allows buildings to install dual-flush toilets, which have two separate water pressure levels, one for solid waste and one for liquid. Buildings are fined if they have two-flush toilets now, said Quinn.

Critics of the bill said it would force homeowners doing simple bathroom renovations to buy -- and pay for -- new fixtures.

"It seems with every turn, with every aspect of building, every aspect of breathing, and now in one of those glorious moments in one little room in your home, government is coming and knocking on the door and saying, 'We'd like to check out the throne,'" said Council Minority Leader James Oddo. "This has nothing to do with conservation."

Other pieces of the legislation spurred far less controversy.

One bill (Intro 263-A), which was approved unanimously, would ban the use of drinking water for once-through cooling systems in equipment like water coolers, refrigerated walk-ins or icemakers. Currently, some of this equipment uses drinking water to keep cool, but only once before it spits it out into the waste stream.

The council also unanimously approved legislation (Intro 268-A) to require property owners install alarms on their roof water tanks to measure if they are not working properly. The bill would also require certain commercial facilities with high water use to monitor their consumption.

Over the past decade, New Yorkers' water bills have dramatically increased even though residents conserve more water now than ever before. The Water Board has testified at the council that the conservation has actually contributed to the higher rates. Water rates also are increasing because many homeowners have failed to pay their bills.

"A homeowner could be dying of dehydration and their water rates would go up," said Councilmember James Vacca of the Bronx.

Quinn, however, said these bills would not spur any increase in water rates.