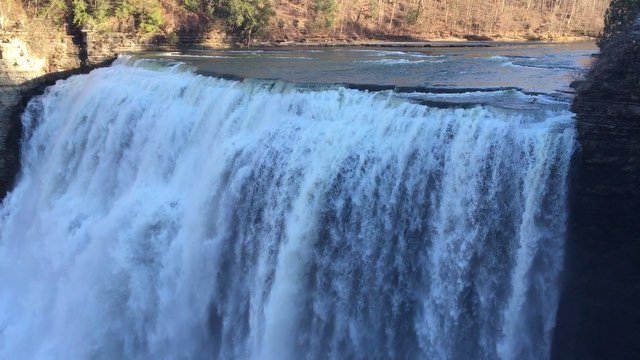 Mayor Bill de Blasio recently faced an embarrassing situation and had to act quickly to remedy it. Seemingly out of nowhere, there was a lack of clarity around the city’s investment, or apparent lack thereof, in water infrastructure - namely the long-under-construction third water tunnel. The tunnel, along with other elements of the city’s water system are nearer the top of the Spring political agenda. City Council members want answers about what the city is doing to protect and ensure its clean water supply, and will push for them in upcoming executive budget hearings.

On April 5, The New York Times reported that the mayor withheld capital funds and therefore postponed construction on a crucial pipeline that will bring water to Brooklyn and Queens, while providing insurance for the city’s two current water tunnels. City Water Tunnel No. 3, work on which has been in progress since 1970, was originally slated for completion by 2021. It will act as a measure against the possible failure of either of the first two tunnels, which have been in operation since 1917 and 1936, or provide an opportunity to proactively shut one of the two down for maintenance.

A day after the Times’ front-page story, which caused widespread uproar, de Blasio said the report was wrong and that work had not been delayed. He laid blame on his staff for the confusion. “There are times when my team does not do a good job of explaining something, and I think it’s as simple as that,” he told reporters after an unrelated event at a school in Bushwick.

De Blasio explained that the capital funds for later years were temporarily put on hold. “We didn’t think that the estimate was accurate so we pulled it back awaiting a more accurate estimate,” he said. “I could say very comfortably that probably wasn’t the smartest thing to do in terms of showing people the ongoing commitment. But what we did do in the preliminary budget was started to add the money back because we got very specific numbers. So if you look at the preliminary budget, $52 million was now added back to keep things on the 2021 schedule.”

In what seemed like an attempt to fully undercut any criticism, he went further, announcing that the city had in fact moved up its deadline for the tunnel by a year, bringing it to 2020. He also committed another $305 million to the project’s completion.

At least three City Council members were concerned enough with what they were hearing to act. Council Member Costa Constantinides, chair of the environmental protection committee, and his colleagues Dan Garodnick and Brad Lander wrote to the mayor asking for clarification about the timeline and funding for the project. “The importance of this tunnel for Brooklyn and Queens residents cannot be over-stated,” reads the letter, issued after the Times’ initial article. “Should we have a failure of existing tunnels before this final leg is complete, it could have devastating economic and human consequences for millions of New Yorkers.”

Garodnick reiterated the point when asked for comment. "While we appreciate that the Mayor has committed to completing this project, we continue to have questions," he said in an emailed statement. "Given how crucial this water tunnel is for millions of New Yorkers, we need to know when and how the Mayor intends to follow through on that commitment."

Lingering questions will carry forward into next month’s executive budget hearings, as the Council evaluates the de Blasio administration’s $80-plus billion plan. Before the water tunnel flare-up, the Council recently issued its response to the mayor’s preliminary budget - de Blasio’s updated spending plan is due shortly.

“Our slated budget hearings for May will have a strong focus on infrastructure,” Constantinides told Gotham Gazette in a phone interview, “including a deeper dive into the third water tunnel and all the water and sewer infrastructure under the Department of Environmental Protection.” As chair of the environmental protection committee, Constantinides has oversight of DEP and he intends to carry on this conversation consistently with the administration.

Although he stressed that capital budgeting can be complicated, he wants to ensure that people understand the intricacies of the often-overlooked issue. “We’re gonna really prioritize an understanding for the public,” he said. “We want to make it as clear as possible. We need a precise timeline and targeted completion date” for the tunnel.

Acknowledging some of his own inattention to the water tunnel issue, Lander said that the Council must bring all parties to pay attention to infrastructure. “One of the great challenges is focusing public attention and the city’s attention -- including the City Council and the administration -- on infrastructure investment,” he said. “Water, electricity, streets, bridges are all absolutely fundamental to our shared lives together. There’s not always public attention on those issues.” He pointed out that the Council held a dedicated hearing last year on the capital plan, and “almost no one came.”

Lander also admitted that he could have done a better job of asking questions of the administration on the issue. The Council member was among those present at the preliminary budget hearing where DEP Commissioner Emily Lloyd indicated a delay in completing the third water tunnel.

Part of the issue around capital spending on water infrastructure is that budgets are allocated each year while capital budgets plan for future years. Each year, the Mayor’s preliminary budget includes a preliminary capital budget, which proposes funding for projects for the coming fiscal year and projected allocations for the following three fiscal years. It includes input from city agencies and community boards. The CBs and Borough Presidents then hold public hearings on the preliminary capital budget, after which recommendations for modifications are sent to the mayor. The City Council also weighs in through the preliminary budget process.

Following that, the executive capital budget is released along with the executive expense budget in April, and after another round of comment from BPs and council hearings, it is eventually adopted by the City Council. The Council can also choose to add new capital projects to the budget. As opposed to the expense budget, which is paid for through city revenue and taxes, capital commitments are funded through the sale of city bonds and from state and federal funds.

The Adopted Capital Commitment Plan then lays out the schedule for projects to be implemented under the adopted capital budget. Although projects may be funded, they might not necessarily start or finish within the first year of the plan itself.

The City Charter also mandates the creation of a ten-year capital strategy, which is reiterated by the Department of City Planning and the Office of Management and Budget in November of every even-numbered year, according to the Independent Budget Office’s guide to the capital budget. It goes through a public hearing after which the City Planning Commission issues a report. The final capital strategy is then released with the executive budget in odd-numbered years. According to the City Charter, the Mayor is required to document any variances between the ten-year plan and the adopted capital budget within 30 days of adoption. “In practice, the Mayor’s budget office considers the Adopted Capital Commitment Plan as fulfilling this requirement,” says the IBO guide.

Capital projects are expensive and often lack federal funding that municipalities rely on to make them a reality. Adam Forman, senior researcher at the Center for an Urban Future, pointed to these issues and more in a March 2014 report about the city’s infrastructure. The report was titled “Caution Ahead” for a reason.

“Capital budgets are always moving goal posts,” Forman told Gotham Gazette. “There are shifting expenditures in out-years…The water system is financed by the water authority, rates are determined by the water board. It’s complicated.”

Forman said is encouraged by the mayor’s commitment to the water tunnel project, despite the confusion, but speculated that the city expects to reign in capital costs once older projects initiated under former administrations are completed.

Besides Water Tunnel No. 3, Forman listed what he thinks should be the city’s biggest priorities: replacing internal water mains and sewer lines, and addressing the ongoing problem of combined sewer overflow (which results in 25 billion gallons of untreated water entering the city’s watershed each year).

Despite expensive competing demands and insufficient funding, he believes DEP has done a “fantastic” job. “New York’s waterways are much cleaner than they were 10 to 15 years ago,” Forman said.

According to Forman’s report, the average age of New York City’s 6,400 miles of sewage mains is approximately 84 years. Of the 6,800 miles of water mains, more than 1,000 miles are over 100 years old, leading to “frequent and disruptive breaks.” In 2013 alone, there were 403 water main breaks.

Perhaps the silver lining to the water tunnel issue is that it has people talking about capital infrastructure, especially water-related, and the dire need for adequate investment on the city’s part. At least, that’s what Council Member Lander believes. “I think it’s productive that we’re having this conversation and I hope that in the context of the executive budget hearings that the Council and the administration can focus more broadly on key infrastructure priorities and making sure those projects are on track and we have the resources we need,” he said. “These are the kinds of questions we have to ask to keep the city strong into the future.”