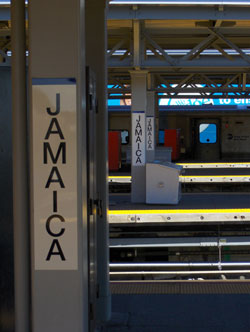 The race to replace the late Councilmember Thomas White in Queens is as crowded as it is rife with skeleton-laden closets.

Former Councilmember Allan Jennings, whose last stint in City Hall was overshadowed by sexual harassment allegations and censure, has reappeared.

Imam Charles Bilal has sauntered into the race, despite being under investigation for possession of an unlicensed firearm -- a weapon, which he says is not his and was found in the glove compartment of his car at an impound lot.

And there is Ruben Wills -- the former chief of staff to State Sen. Shirley Huntley, who has racked up liens for failure to pay child support.

Out of nowhere -- or maybe just Long Island -- comes Nicole Paultre Bell: the widow of Sean Bell, who was gunned down by police the night before their wedding day in 2006. Bell doesn't live in the district.

In total, seven candidates will appear on the ballot on Nov. 2 for a chance to represent Jamaica, Richmond Hill and South Ozone Park, a district with the highest foreclosure rate in the city, where crime is on the rise and where small businesses are closing for good.

The district's skeletons may very well outnumber those of the candidates.

The Characters and Their Baggage

For a 26-year-old political novice, Nicole Paultre Bell appears at home behind a microphone. She smiles. She knows how to deliver.

"When Sean was killed, it opened my eyes to all the problems we face in my community," Bell said to a crowd 20-deep at the Gospel CafĂ© on Sutphin Boulevard. Rep. Gregory Meeks, who has lent his support to Bell, was in the audience. 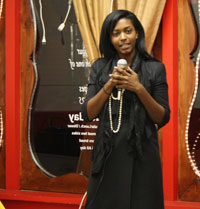 Continuing, Bell, in high black heels and a wrap dress, explained what's behind her inaugural run for public office.

"I got tired of sitting around and getting told, 'no,' getting let down. I decided to step up," Bell said. "I decided to run for City Council."

When asked about her qualifications, Bell points to the nonprofit she founded in memory of her late fiancĂ© -- When it's Real It's Forever. As part of the project, Bell started the Sean Bell Little League -- a co-ed baseball team for the district's kids -- and annual community events.

According to tax filings from 2009, that nonprofit has run dry, claiming a zero balance in December. A Bell campaign consultant attributed the lack of funding to the economy, not mismanagement.

But Bell is also spending more than she has raised for her campaign. According to the latest campaign finance filing, Bell has spent $13,000 so far, but raised just over $12,000.

Bell has garnered some strong backers, including from the Rev. Al Sharpton and the Retail, Wholesale and Department Store Union.

When asked about specific city policies, Bell, who is a sophomore at York College, acknowledged she has a lot to learn.

"There are still many, many things that I need guidance on," said Bell, a former collections agent who has pledged to move into the district by Election Day. "I am not a career politician. My experience is being a community activist."

As some tout her candor and drive, others, including Jennings, highlight her inexperience. 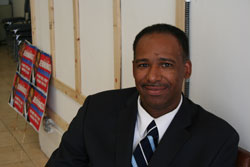 From his nearly vacant campaign office last week, Jennings said his experience, however tainted, is the reason to elect him to a second term in the council.

"I consider myself the mayor of Jamaica," Jennings said, who served as councilmember from 2002 to 2006.

And like any good mayor, what does he want to do with another term?

"I'd like to bring the Jets to Jamaica, Queens," Jennings said, arguing a new stadium for the football team could be built in the scores of vacant lots sprinkling the district. The Jets are not currently looking for a new home.

That effort is not Jennings's only serious challenge. Jennings lost his re-election bid in 2005 after he was accused of sexually harassing two female staffers. He was eventually censured by the City Council. Last week, Jennings said he was falsely accused and the incident would not affect his campaign.

The former councilmember also was caught on tape throwing a metal object at a television reporter and using council stationery to promote his real estate business.

But now it may be Wills throwing the punches -- literally.

Wills, who worked for Huntley and for Councilmember Leroy Comrie, was one of seven candidates for the seat last year. At the Board of Elections then, Wills reportedly swung at Jennings, and the incident led to a police report. Last week at a fundraiser on Sutphin Boulevard, Wills denied the incident ever happened. 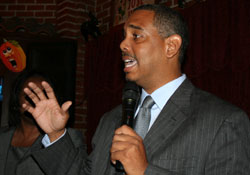 Wills said his campaign could beat the odds this year.

"There are other powers from outside the district that don't want us in office," said Wills. But, he added, "Our campaign has a great deal of support." Wills has been endorsed by both Huntley and Comrie.

Wills cites the nonprofit he founded, New York 4 Life, as further evidence of his community involvement. That nonprofit, however, has not filed a single tax return and its only contribution came from his former boss, Huntley.

But Wills has one advantage. He is the only candidate so far to receive public matching funds. According to last week's campaign finance filing, Wills has raised $25,800, received $37,797 in public funds and has spent $42,771.

Wills just signed a lease on an apartment in the district last week.

Bilal, has lived in the area for 35 years, he says. A community leader who works on Rikers Island as an imam, Bilal said he would bring jobs and pride back to the community. 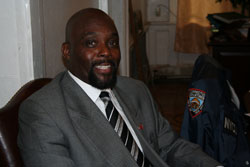 "I've seen the community go up and down in terms of progress," Bilal said, while sitting upstairs from the mosque he runs on Sutphin Boulevard. According to the latest campaign finance filings, Bilal has raised $5,298 and spent $5,128.

The imam also said he wanted to build a youth center in the district and would look to private donations to get it done.

Attorney Albert Baldeo, who ran for State Senate in 2006 and 2008 and for City Council in 2005, also calls himself a community activist. Originally from Guyana, Baldeo says he is a "breath of fresh air" that has walked the district, working on community issues, for decades.

"We are not included in the system," said Baldeo of the district's residents. "The [American] dream is floating away in this neighborhood."

But Baldeo too has his baggage. He has been accused of faking campaign contributions. In his law office earlier this month, Baldeo vehemently denied the allegations, claiming they came from a rival campaign. He accuses other campaigns of installing plants in his volunteer operation to forge signatures to get him kicked off the ballot. 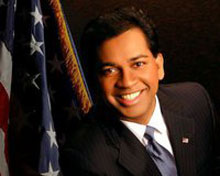 His ability to embrace the area's diversity is one reason why Harpreet Singh Toor is running. The former chairman of the Sikh Cultural Society in Richmond Hill, Toor is another first-time candidate looking to make sure the district plans for the long term, instead of going from good times to worse.

"I always believed and I still believe all the issues we have is [from] a lack of education," said Toor, who as a Sikh said he has been the victim of discrimination and prejudice.

Over tea and samosas in South Richmond Hill, Toor said politicians rarely are proactive on issues. Given his record as a community leader, he promises to be.

Toor has raised $18,895 and spent $6,970. He rents an apartment in the district and owns a home on Long Island. If elected, he said his apartment would be his primary residence. 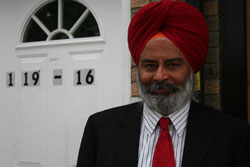 The final candidate in the race, Martha Taylor Butler, is the chief of staff for Assemblymember Michele Titus. Butler served in the U.S. Air Force for 14 years.

"I've been in public service all of my life from the time I was a Girl Scout," said Butler, who has lived in the district for 20 years. "I would just like to get our voters more educated, get them to understand the process to be more empowered."

Butler would also like to see more health care clinics open in the district since the area lost two hospitals last year. She is the only candidate to not file campaign finance records with the city Campaign Finance Board.

Punches may have been thrown and petition battles been waged, but for the most part the candidates in this seven-way race agree on the issues.

Bell said she would want to tackle the violence in the district first and foremost. Murders have gone up in half of the district's four precincts this year -- in one area, Precinct 113, by 50 percent.

"It doesn’t matter who is at the other end of that gun," said Bell. "Violence is violence."

Both Taylor, Jennings and Wills said they would want to bring back community policing to tackle the crime rate. Toor said he would form neighborhood watches in the short term and focus on education as a way to combat crime in the long term. 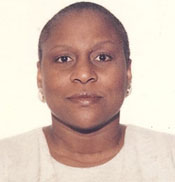 Baldeo would like to have more police sensitivity training.

Education also hit the agenda list of every candidate. Bell said the Department of Education should be immune from budget cuts, while Jennings said he would try to increase the district's after-school programs.

Baldeo said he wants to give businesses tax breaks. Both Baldeo and Bilal want to ensure local residents are hired during the development of the Aqueduct Racino, which borders the district.

Bilal would ask area businesses to hire local youth and hire an attorney for his office to help residents deal with the foreclosure crisis.

In response to the budget deficit, Bell said she would push for tax increases on the wealthiest New Yorkers. Toor argued against giving corporate tax breaks, citing the city's deal with the Yankees, and would look to root out government waste.

Butler said she would like to see other communities in the district besides Jamaica be rezoned to prevent out of character development.