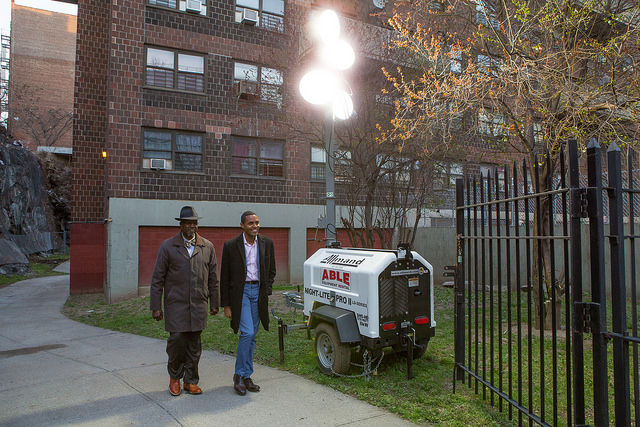 In a special edition of "Max & Murphy on Housing," our weekly discussion of New York housing politics, City Council Member Ritchie Torres joined Jarrett Murphy and me to discuss the New York City Housing Authority, or NYCHA, which Torres has oversight of as chair of the Council's public housing committee. Torres also grew up in NYCHA housing in the Bronx. The Democratic first-term Council member talked with us about the challenges facing the system that houses at least half a million New Yorkers, saying that NYCHA's "core challenge is not funding a funding challenge...ultimately, it's a political challenge." With more political support, Torres says, funding and many other NYCHA-related services would improve.

Why is NYCHA so lacking in political support even considering that Mayor Bill de Blasio is giving it more attention than his predecessors? Listen to our discussion of that question and several others, including whether NYCHA should be phased out, if the City Council is giving enough prioritization to public housing, and more. Listen (find prior episodes of Max & Murphy on Housing here):