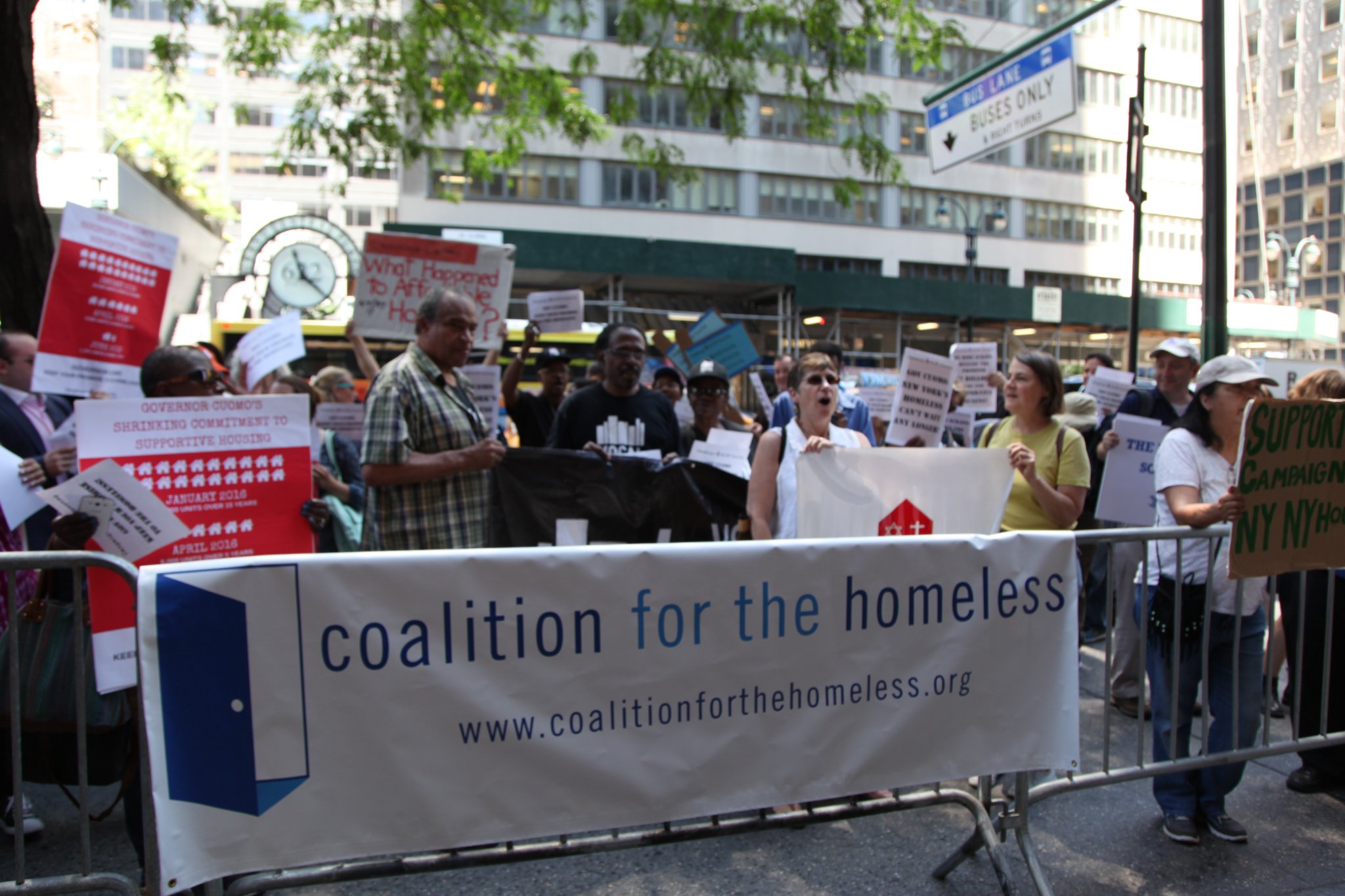 On Thursday, June 23, the two leaders of Coalition for the Homeless, Mary Brosnahan and Shelly Nortz, talked with Ben Max of Gotham Gazette and Jarrett Murphy of City Limits about where things stand in terms of city and state efforts to curb homelessness. The discussion centered around the recent end of legislative session in Albany and the fate of nearly $2 billion in state money dedicated, but not released, for homelessness prevention and affordable housing. City efforts to improve homelessness prevention, shelter conditions, and management of services were also a key part of the discussion, including assessing the de Blasio administration as it works to correct its record on those subjects.

Listen to our conversation: