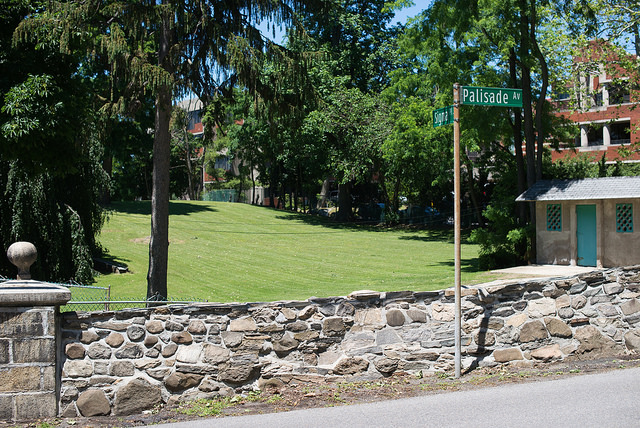 Mayor Bill de Blasio and the New York City Council recently passed a series of amendments to the city's zoning regulations aimed, in part, at encouraging the construction and expansion of senior housing and elder care facilities. With the package, known as Zoning for Quality and Affordability (ZQA), one goal was to address the issue of inadequate options for seniors who want to age in place. An outdated land use code has made it nearly impossible to build flexible senior care facilities, they said.

For older New Yorkers and those heading toward senior citizenship, city government’s first priority with ZQA was creating additional opportunity for building affordable housing. This was accomplished, they exclaimed, through a variety of tweaks to land use rules, including reducing requirements for parking spaces to accompany senior housing. Senior advocates in the City Council and groups like AARP-NY and LiveOn NY pushed hard for and celebrated passage of ZQA for this reason.

Less publicized was the creation, through ZQA, of a new building category called “long term care facility,” which could have significant implications for the city’s aging population and senior care.

The new category allows developers to build nursing homes and residential units on the same property, making it easier to build facilities called Continuing Care Retirement Communities (CCRCs) in New York City. CCRCs provide seniors with increasing levels of care as they age without requiring they move. While there are currently 12 CCRCs across New York state, none exist in New York City. Though city planners and senior advocates look forward to the proliferation of CCRCs, the potential first such facility is mired in controversy.

“It is especially jarring to uproot elderly residents from homes and communities that are familiar to them and from their loved ones in order to accommodate their changing needs,” said Rachaele Raynoff, a spokesperson from the Department of City Planning. “That's why a model with a continuum of care was developed. Under ZQA, NYC zoning now recognizes this model, allowing for the development of new options for aging for our growing elderly population.”

Prior to the creation of the new zoning category, it was effectively impossible to build a CCRC in the city, according to Dan Reingold, CEO of RiverSpring Health. RiverSpring, which owns a nursing home called Hebrew Home in the Riverdale section of the Bronx, plans to build the city’s first CCRC by adding a residential campus on a piece of land contiguous to the nursing home.

CCRCs are typically made up of independent living, assisted living, and health care units, which make it possible for residents to move into a CCRC and then age in place with more care and little housing change (other than on-site room shifts). These facilities allow seniors to stay in the same community as they age and make it possible for couples who need different levels of care to stay together.

While the development of CCRCs is exactly what the City Council and the de Blasio administration’s Department of City Planning hoped to encourage by adding the “long term care facility” category to the city’s building code, RiverSpring’s plan has revealed a contentious aspect of the new zoning code. CCRCs may erode zoning protections enjoyed by residents of neighborhoods zoned for low-rise residential housing (“R-1” and “R-2” in zoning parlance).

RiverSpring’s plan involves the construction of four- to six-story apartment buildings for its CCRC on land in Riverdale that is zoned for single-family housing. This is allowed under the new zoning regulations, so long as RiverSpring is able to secure special permission from the Department of City Planning. Community leaders in Riverdale, as well as City Council Member Andrew Cohen, who represents the district including Riverdale, have opposed RiverSpring’s proposal on the grounds that the apartment-style residential units of the CCRC will alter the character of the neighborhood.

“CCRCs are typically designed as apartment buildings, the form and scale of which are not compatible with the single-family homes in this neighborhood,” said Sherida Paulsen, chair of the Riverdale Nature Preservancy. The Riverdale community went through a process in 2006 to down-zone the land now owned by RiverSpring in order to protect the residential nature of the area along the river, according to Paulsen. “This change to the zoning code has opened the door to development that would be non-contextual to the property around it, and it could easily go out of business, leaving the neighborhood changed forever,” she said.

City Council Member Paul Vallone of Queens, who chairs the Council’s senior center subcommittee, opposed ZQA prior to its approval for the same reason. “These sweeping changes to zoning regulations would effectively erase many of the protections that our civic organizations and community boards have fought for years to obtain,” he said in a press release ahead of the Council’s approval of ZQA. He continues to advocate for zoning that he believes will protect the integrity of neighborhoods like Riverdale. "A balance must exist between addressing senior housing in our city and proper community engagement,” he said in a statement for this story.

The initial ZQA proposal would have allowed CCRCs to be built in residential zones as-of-right, according to Council Member Cohen, but the Council interceded. They developed criteria, outlined in ZQA, that require the new facility or expansion be "compatible with the character of the surrounding area," that it's entrance, orientation, and landscaping "create an adequate buffer between the proposed facility and nearby residences," and that the streets leading to the facility are "adequate to handle the traffic generated thereby” (ZQA section 74-901).

Proposals to build CCRCs in residential zones must go through the city’s Uniform Land Use Review Policy (ULURP) in order to ensure they comply with these criteria. If they are found to comply, the developer is given a special permit to build.

Bronx Community Board 8, which represents the area where the Hebrew Home campus is located, opposes the Hebrew Home expansion, as well. CB8 will get a chance to review RiverSpring’s plans as part of the ULURP process, but the City Council will have the final word on whether or not the expansion—and the construction of the city’s first continuing care retirement community—occurs.

On land use decisions, the Council defers to the local Council member, making Cohen’s opinion utmost important. “Hebrew Home, to their credit, has briefed me on their plans, and we've had frank conversations about the project, but we are in no way on the same page yet,” he said, citing RiverSpring’s disregard for the neighborhood’s residential zoning as his primary objection.

RiverSpring submitted its plan to the Department of City Planning on April 27 and it has yet to go to CB8 or Cohen for review. Ultimately, Council Member Cohen believes the ULURP process for obtaining a special permit will protect the community’s interests. “I'm satisfied that there are a significant number of safeguards that the development on that site will be thoroughly vetted by the community,” he said. “If Hebrew Home is able to muster significant community support, then we'll cross that bridge when we come to it.”

Charles Moerdler, president of Bronx Community Board 8, says that the board has seen at least three proposals of the Hebrew Home expansion plan since the organization bought the property in 2011. According to Moerdler, RiverSpring took many of CB8’s recommendations, such as lowering the apartment tower heights from eight to six stories and building more of the residential units on the current Hebrew Home campus, which is zoned R-4, as opposed to the new land (R-1). But the latest plan presented to the board is still not satisfactory to the majority of its members, he said.

"The issue the Board has with ZQA is not the development of CCRCs but the process by which City Planning is going about doing it," Moerdler said, despite the fact that the City Council will get final say. "ZQA undermines the opinion of the community, which has done so much to preserve the residential zoning status of this land."

Before it passed, there was a great deal of debate over ZQA in relation to it being a “one-size-fits-all” change to zoning and land use rules. The final product includes a number of neighborhood-specific tweaks inserted by the City Council, but given its potpourri nature, ZQA still has something for almost every community to take issue with. As Mayor Bill de Blasio regularly pointed out when ZQA and its companion change to city land use rules, Mandatory Inclusionary Housing (MIH), were being debated, community boards are well-known for opposing changes to the neighborhoods under their purview.

City Council Member Cohen says that while there is a significant need for senior housing in his district, options other than a new CCRC exist. “We have a full spectrum of options for seniors living in Riverdale. The ideal situation is for people to age in place, but there’s already a lot of infrastructure in Riverdale for people to do that,” he said.

One way seniors living in Riverdale and in other areas of New York City can age in place is through Naturally Occurring Retirement Communities (NORCs), which include publicly funded programs that help seniors stay in their own apartments by providing services like shopping and transportation assistance, on-site nursing, and social activities. NORCs are not easily formed, requiring pre-conditions and lobbying. Currently, Riverdale has one NORC in the Amalgamated Housing Cooperative, which has 1,500 units. Cohen says he is currently advocating for the creation of another NORC at the Knolls Cooperative, which has 240 units.

City Council Member Margaret Chin, who chairs the Council’s aging committee, is an advocate of NORCs as an option for seniors who want to age in place, as well. NORCs have historically received money from the state, but the city has had to provide support for them lately, according to Chin. “The state was trying to cut some of that funding last year, and we have been trying to save it,” she said.

Ultimately, Chin is supportive of the development of CCRCs in addition to NORCs, and was an advocate for passing ZQA. “There is just not enough senior housing to go around,” she said. “I'm looking forward to seeing some integrative long term care facilities go up in New York City.”