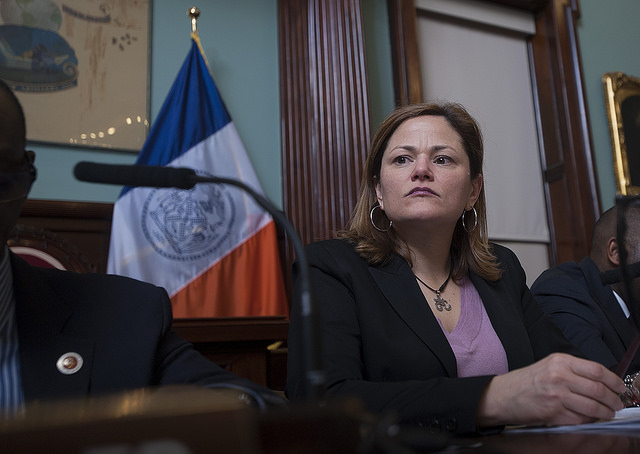 above: Melissa Mark-Viverito; below: Ben Kallos (photos by William Alatriste)

New York City’s campaign finance system, particularly its public matching funds program, is considered a national model, and it stays that way by being regularly updated and modernized. The Campaign Finance Board issues reports following each election analyzing ways to plug holes in the system and bolster the already-robust provisions of the relevant law.

But, the next city election cycle, in 2017, may come and go without any improvements made to the system as a package of legislation aimed at doing just that continue to languish in the City Council.

It’s been more than three months since the Council’s Committee on Governmental Operations held a hearing to consider eight bills related to the city’s campaign finance laws. The most significant of the proposals would prohibit contributions from being matched with public funds if they are bundled by people with business before the city (there already significant limits on the contributions those people can make themselves).

Another key bill would provide public matching funds to candidates at an earlier stage in the election, while other proposals enhance disclosure rules for individuals and firms that own entities with business before the city.

These bills were introduced November 10, 2015 and have barely budged, save for the one hearing, despite having broad support from government reform groups and even the backing of the de Blasio administration. At the hearing on May 2, Henry Berger, special counsel to the mayor, testified in support, suggesting only a few technical changes.

At a news conference on Tuesday, Gotham Gazette asked City Council Speaker Melissa Mark-Viverito why the bills hadn’t been prioritized with time running out for them to take effect and be effective in the 2017 cycle.

Mark-Viverito would only say that the Council’s legislative process was continuing. “Sponsors of the bill, I’ve already engaged in conversation with them, we’ve had hearings on all the bills,” she said. “That’s a process internally, have those conversations and decide what we move forward. So conversations have happened with some of the sponsors of those bills.”

In the past, the Council has expedited bills to a vote even if they weren’t time sensitive, unlike the campaign finance bills. Case in point, when the Council approved large pay raises for its members earlier this year, the proposal was introduced, heard and voted on within the span of eight days even though the pay raises would have been retroactive to January 1 regardless of when they passed.

Although it’s not definitively too late now for the Council to move on the campaign finance reform bills, it soon might be. “It is getting late to change the rules of a four-year campaign cycle in what is essentially the third quarter of the game,” said Dick Dadey, executive director of Citizens Union, a government reform group. “That we stand not to have any needed improvements to our campaign finance laws would be a black eye on this Council because it will have been the first time since the law was enacted 25 years ago that quadrennial changes have not been made.”

The reforms under consideration were first recommended by the CFB in its 2013 post-election report, issued September 2014, and the board has continued to push the Council to adopt the changes.

“With so much attention on campaign finance reform in the presidential election,” said Matt Sollars, director of public relations at the CFB, “there is no better time and no better way to demonstrate that New York City’s public financing system is the strongest in the country than by passing legislation to make it even stronger.” 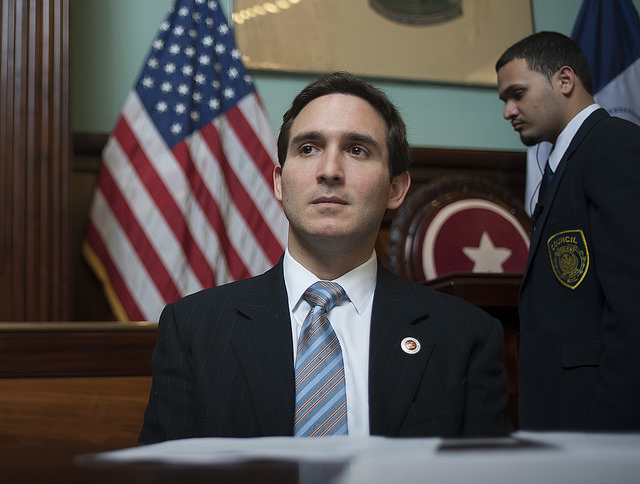 Council Member Ben Kallos, chair of the government operations committee, is prime sponsor on four of the bills in the package. Right after the May 2 hearing, he said to Gotham Gazette, “I think it’s a matter of the public, who want their voices to be louder than those of special interests, to let their elected officials know that they need to sign on to this bill and they need to bring it to the floor of the Council.” Kallos did not provide comment for this article. Of the other bills, two were introduced by Council Member Jumaane Williams, one by Council Member Fernando Cabrera, and one by Council Member Andy King.

On June 6, the campaign finance board made another campaign finance-related recommendation when ruling on the matter of Mayor Bill de Blasio’s fundraising for the Campaign for One New York, a political nonprofit group set up by his allies to promote universal pre-kindergarten and affordable housing. The CFB ruled in the mayor’s favor but also took the opportunity to question the methods. They urged the Council “to strengthen the city’s protections against influence-seeking by wealthy interests, and pass legislation to more closely regulate fundraising solicitations by elected officials for non-profit organizations, especially 501(c)(4) entities,” referring to the IRS’ designation for issue advocacy organizations like Campaign for One New York.

Susan Lerner, executive director of Common Cause New York, another good government group, also believes the Council could still make changes to the law if it moves quickly. “We’re definitely approaching the point at which it’ll become difficult to implement these bills for the coming election cycle,” she said. “The delay is a matter of concern and is unnecessary.”

The bills are well within the public policy goals of the campaign finance system, Lerner said, and none of them could be considered controversial, although she suspects the bill related to bundlers could be holding up the process. “I think voters and constituents need to know that officials are on the side of the public,” she said, “and not lobbyists who want to use bundling as a way to gain influence.”