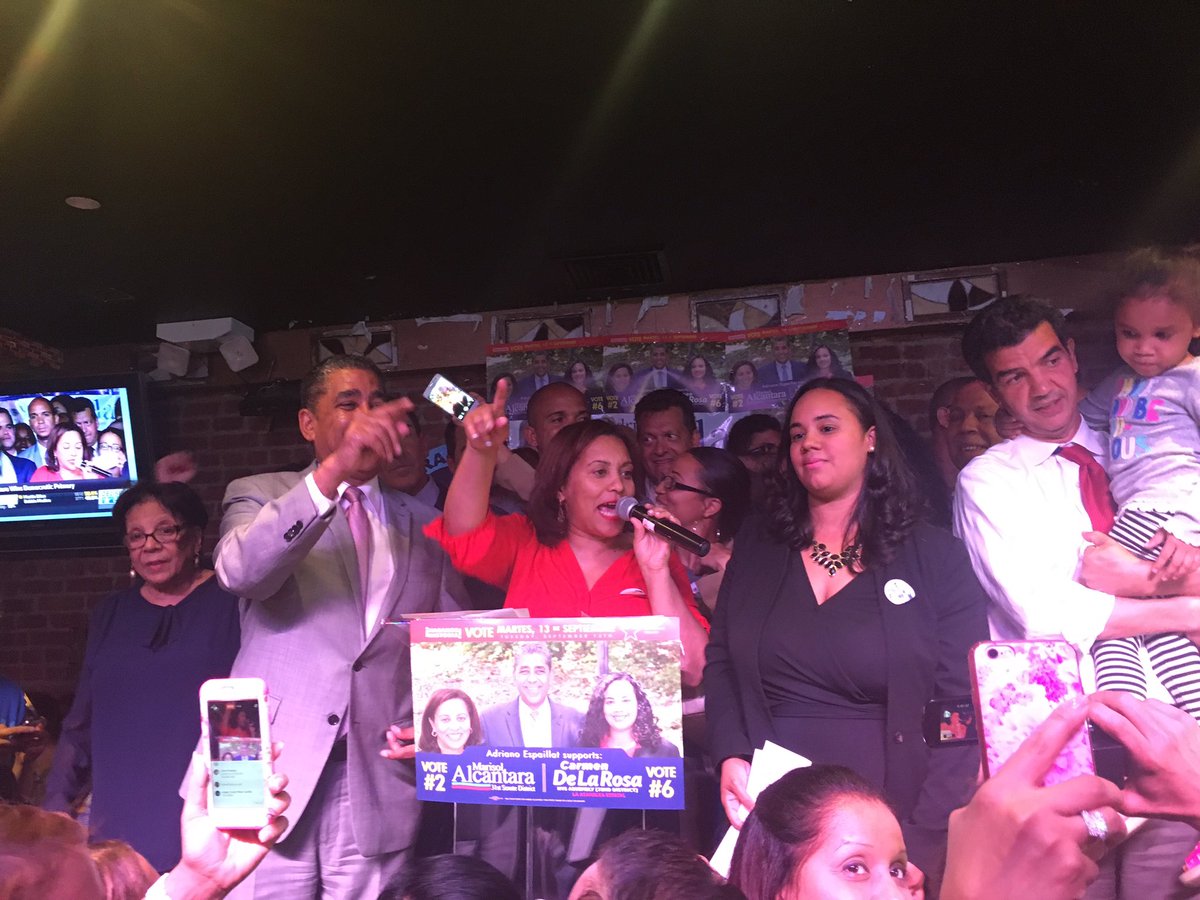 On New York’s third primary night of this election year, state legislative races in New York City were almost all Democratic and many incumbents did not face intra-party challenges.

In several state Senate and Assembly races across the city, Democratic primary winners were selected in fairly low voter turnout affairs and most will easily cruise to election in November - some won’t even have a Republican opponent.

Tuesday’s primaries saw multiple vacant seats being all-but-filled, while several seats being vacated by sitting legislators also saw the election of the next officeholder.

Niou’s victory in the seat formerly held by Silver and briefly occupied by Cancel, who defeated Niou in a relatively close April special election, is a boost to the Working Families Party, who backed Niou, and a blow to Silver’s old downtown machine. It is a boost to the district’s large Chinese population and provides an opportunity for the district to in some ways step out of Silver’s long shadow. Niou will replace Cancel the already large Democratic Assembly majority. Cancel tweeted on Tuesday evening that she’ll “continue to work hard for my neighbors” and that she’ll be seen “again in two years,” seeming to allude to a rematch in 2018.

De La Rosa’s defeat of Linares and Alcantara’s win in the “open” seat currently held by Sen. Adriano Espaillat, who is heading to Congress, represent a consolidation of power for the three, City Council Member Ydanis Rodriguez, their allies, including Council Speaker Melissa Mark-Viverito, and other Uptown politicians and activists, especially those of Dominican descent, but also the larger Hispanic community.

Alcantara and Niou won in two crowded Democratic fields with a variety of political dynamics at play. Alcantara will join the Senate as Democrats hope to take control of the chamber and all of state government. Several key races in November will have significant impact on whether Democrats can seize that control from Republicans, who have had a governing coalition with the five-member Independent Democratic Conference, which Alcantara was supported by and is planning to join. Alcantara's win looks like the closest of the night in the city -- with 99% of precincts in the district reporting returns, she earned 8,309 votes (33.3%), compared to Micah Lasher's 7,737 (31.1%), Robert Jackson's 7,616 (30.6%), and Luis Tejada's 1,253 (5%). There are still absentee ballots to be counted, though. While Lasher initially held out conceding to analyze the potential impact of those ballots, he acknowledged by Wednesday evening that he did not see a path to victory.

Other winners on state legislative primary night include incumbents facing challenges. One was Sen. Gustavo Rivera, who again fended off a challenge from City Council Member Fernando Cabrera, who also ran in 2014.

The only New York City Republican in the state Legislature facing a primary was short-term incumbent Ron Castorina, who won his Staten Island primary by a wide margin. Democratic incumbents prevailing over their challengers included:

For a full accounting of the votes and maps of the districts, both inside and outside of the city, see the WNYC election results page here.

Update: this article has been updated to reflect that Micah Lasher conceded in SD31.