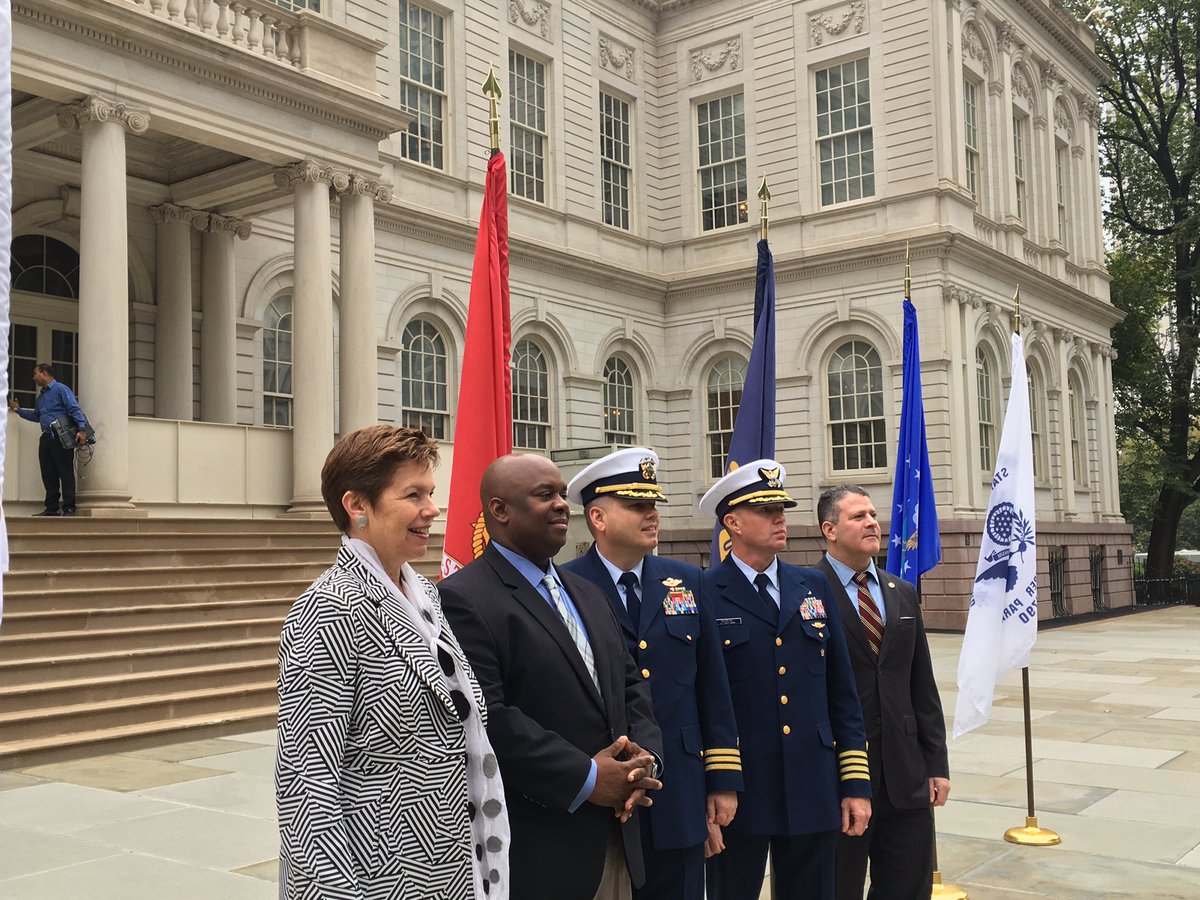 With Veterans Day approaching, veterans advocates in New York say they want to see the long-term vision of the newly created city Department of Veterans’ Services and how its Commissioner plans to tackle the most significant, persistent issues affecting the city’s military veterans.

More than 210,000 veterans live in New York City, making it one of the largest veteran populations in the nation, more so than some entire states. The administration of Mayor Bill de Blasio, a Democrat, has committed additional resources and funding to address veterans’ concerns and challenges. The City Council has been actively pursuing veteran-friendly policy, including the legislation that elevated the Mayor’s Office of Veteran Affairs into the new Department of Veterans’ Services (after initial objections from de Blasio).

The Department of Veterans’ Services launched in April and has been operating with its expanded budget since the July start of the new fiscal year, boosting its staff and ramping up operations. The department is well on its way to full deployment in the next few months, said Commissioner Loree Sutton in an interview with Gotham Gazette at the agency’s main office at One Center Street, across from City Hall.

Sutton laid out her priorities and the “non-negotiable core services” that the department is focused on: housing and support services, an integrative healthcare program, and the E3 initiative (education, employment and entrepreneurship). “For the first time, we’ll finally have the capacity to not only establish a citywide presence but be able to engage in these three lines of action,” she said.

The department now has 24 employees, up from four in June of 2015, and will add another ten by the start of 2017. With an eye towards having a presence in all five boroughs, it now has a satellite office in Queens and will set up offices in all the boroughs within the next three months. “We have been very dedicated to the process of designing a new agency,” said Sutton, “And really taking the time that we needed not just to fill slots but really build a team. We’re also creating a culture, a culture that honors the aspirations and the dreams of so many veterans here in New York City from years and years.”

The department’s priorities align with what veteran advocates have long demanded, and they praise Sutton’s leadership for it. Recognizing that the department is young, advocates do say they would like to see a clear articulation of those priorities through outreach to the veteran community. “It takes time to build out so of course some of the veterans in the outer boroughs are wondering, ‘Where is it?’, but it’s growing,” said Joe Bello, a Navy veteran and member of the city’s Veterans Advisory Board, shortly after a recent hearing of the City Council’s Committee on Veterans.

“There needs to be something about what the city is actually offering vets,” he added, saying the department should consider creating a resource guide to its services in order to reach out to veterans and their families.

Kristen Rouse, an Army veteran and president and founding director of NYC Veterans Alliance, an advocacy group, said the new department needs to be “responsive” to veterans’ needs. “They have to not only build the plan and execute the plan, they have to build trust in the community,” she said. “This is a community that has been underserved for a very long time and so they have to be responsive, they have to build that word-of-mouth trust.”

Rouse acknowledges, as a former city employee, that government can work slowly, but she’s encouraged by the staff the Sutton has hired, many of whom are veterans themselves. “It’s going to take some weeks and months for them to really gel as a team and to craft a plan that says, ‘Here’s what we’re doing,’” Rouse said. She stressed that the department should not lose focus, however, of issues that go ignored, like affordable housing for student veterans and discrimination faced by veterans.

“There are so many other different programs that need to be fostered,” she said, “to promote community, promote good quality of living, a sense of purpose for veterans in New York City so ultimately we’re a city that attracts veterans in the same way we attract artists, entrepreneurs.”

Sutton, a retired Army brigadier general, explained that the department is already doing much along these lines through coordination with different city agencies and setting up a network of local service providers under its VetConnect NYC initiative, which will roll out next year. “The number one challenge that veterans and their families point to is difficulty navigating,” she said, “to find the right services, to ensure that they’re quality services, to make sure they qualify for them, that the services are even available. That’s what this network really is designed to do.”

After the October 28 City Council veterans committee hearing, Council Member Eric Ulrich, a Queens Republican who chairs the committee, told Gotham Gazette he was optimistic about the new department’s execution, but hasn’t yet seen a long-term plan for veterans from the de Blasio administration.

“I don’t think it’s even on their radar right now,” he said. He did praise the city for ending chronic veteran homelessness and emphasized the need for connecting veterans with permanent affordable housing. But Ulrich said one area where the city is failing is in providing adequate employment for veterans, “and good paying jobs, not low paying menial jobs, but jobs that reflect their skills and abilities and their talents and the things that they’ve learned in the military,” he said.

What’s also important to consider, according to Ulrich, is the roughly 20,000 future veterans, soldiers currently in active service who will return to the city in the next five years. “I think the temptation is, on the part of the New York City government, to just supply a band-aid sometimes and treat how things are now, but we really have to come up with a long-term solution,” he said, “to make New York City a more veteran-friendly city.”

As Sutton tells it, that long-term vision is coming together, efforts that will be highlighted this week leading up to Friday’s Veterans Day and its annual parade. “We’re in the very early stages of what will absolutely continue to be a full-court press to improve the lives of our veterans and their families,” she said. “This is what I view as an essential municipal investment.”