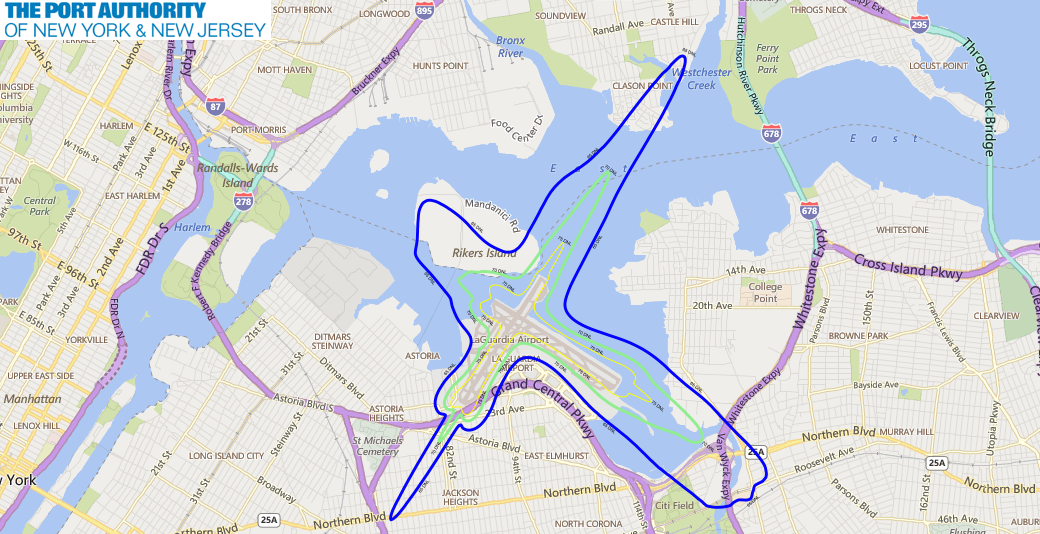 Hope Marina regretted it as soon as she bought her house in northern Queens.

“When I moved here, I used to cry,” Marina said. “I said to my husband, ‘Oh no, we can’t stay here, we have to look for someplace else.’ So, he said, ‘Don’t worry, honey, you’ll get used to it.’ But he used to work on an aircraft carrier, he slept right on the landing deck and he didn’t hear anything.”

The Marinas’ home is 1,500 feet away from one of the two runways of LaGuardia Airport, where there are over 1,000 airplane take-offs and landings every day. When they fly over the Marinas’ home in East Elmhurst, they are so close Hope Marina says she can read the registration numbers displayed on the aircrafts. They pass every two minutes, creating a lingering thunder that lasts 15 seconds and makes it challenging, if not impossible, for residents to watch TV, talk on the phone, or sleep.

In July, the Port Authority of New York and New Jersey, which runs the area airports, published the first-ever noise map of LaGuardia and John F. Kennedy, New York City’s two main airports. In August, the Port Authority estimated that 47,843 people reside in the worst affected areas near the two airports, enduring a level of noise that is harmful to their health.

“I have lost some hearing from all the noise,” says Marina. “We have complained a lot, all the neighbors.”

In the coming months, the Port Authority will decide which measures to take to alleviate this noise problem. Possibilities include insulating affected households, buying land, or rerouting aircrafts. Funding will come from the Federal Aviation Administration (FAA). But since 17,151 households are affected, federal officials warn there will be not enough money to reach all of them.

“We would like to do everybody at once, but we don’t have the money to pay for it,” said Andrew Brooks, FAA regional manager. “Nor are there people that can actually do construction work to insulate all houses at the same time.”

The FAA approved a similar program in Buffalo in 2003. It took eight years to soundproof 474 houses in a $60 million project funded by the FAA, Buffalo Niagara International Airport, and the New York State Department of Transportation.

In New York City, some houses will get soundproofed, others won’t. “The Port Authority will have to identify the area where they want to start,” Brooks said. “And, as you can understand, there will be politics involved there,” he added, referring to the competition among local officials who will want to deliver for their constituents.

The World Health Organization (WHO) states that noise can cause a number of short- and long-term health problems. Sounds over 70 decibels can cause hearing impairment. And high levels of noise increase people’s risk of cardiovascular diseases such as myocardial infarction, according to a WHO study published in 2011.

A quiet residential neighborhood produces noises that average 40 decibels, while vacuum cleaners go up to 80. But when an airplane takes off, it produces 140 decibels of noise. The WHO considers this over the threshold of pain, and harmful.

New York City revamped its Noise Code in 2005 for the first time in 30 years. “The making of excessive and unreasonable and prohibited noises is a menace to public health, comfort, safety, welfare and prosperity,” states the code.

But when it comes to aircraft noise, the noise code only requires the city to propose strategies to reduce sound levels associated with airports.

From the revamp of the Noise Code in 2005, it took 10 years for the Port Authority to start the first study to quantify aircraft noise exposure levels in the vicinity of those airports and to evaluate methods to minimize the effects.

In September, the Port Authority finished LaGuardia’s noise report and published an interactive map to allow people to find out if they live within the airport’s noise shadow. The noise contours spread over East Elmhurst, Jackson Heights, and Flushing in Queens; and Clason Point and Hunts Point in the Bronx.

Rafique Tabassum is one of those six. He lives on 83rd Street in East Elmhurst. “The noise bothers me,” Tabassum said. “Sometimes the airplanes come every minute.”

John Scotti lives a few houses away, within the 65-70 decibels area. “The only thing that saves us is that they don’t come all the time,” Scotti says. “When they do, it’s boom! boom! boom! They wake you up. If it was steady, all day, there’s no way we could live here.” 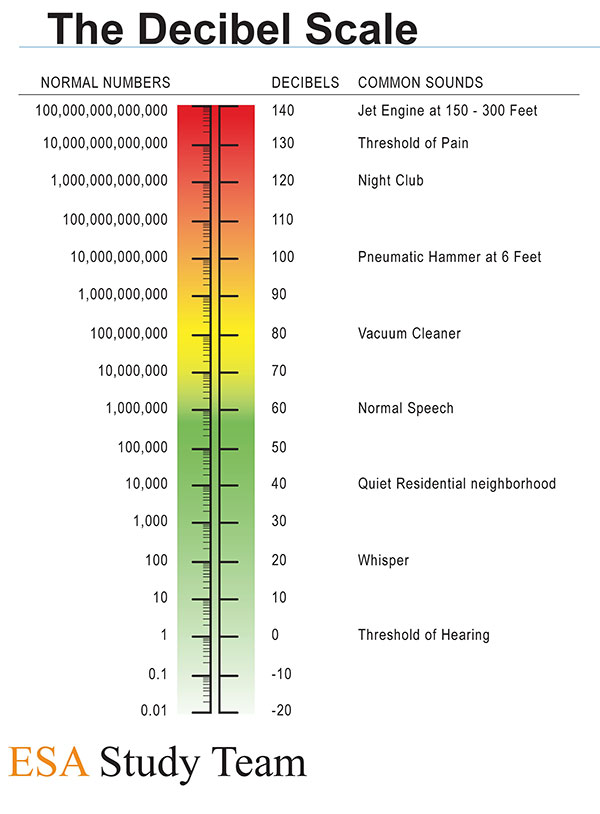 Two schools lie within the 65-70 decibels area, and one within the 70-75 decibels area. All three were insulated as part of previous soundproofing efforts conducted by the Port Authority, but that didn’t solve all the problems.

“The kids can’t play outside, it is unpleasant,” said Susan Carroll, who lives near a school right outside the 65 decibels area in Flushing.

Even though sound insulation is a key measure to mitigate airplane noise, it doesn’t always work.

“If you have a new house, most likely sound insulation would bring noise below federal levels even within the 70-75 decibels area,” said Peter Byrne, deputy director of the noise study commissioned by the Port Authority. “When you have a house that is 100 years old, probably not,” Byrne added.

The Port Authority hasn’t calculated yet how much money will be required. “In California, they gave money in the billions and it took 20 years to do it,” said Kelly Mitchell, Port Authority manager for this project, of the noise study and subsequent mitigation efforts.

“The other problem is that the maps are only good for five years,” said Brooks, of the FAA. “So what may happen is that in 2023 we would say, ‘OK, you need new maps before we can approve additional funds.’ And they will have to start all over.”

Some New Yorkers won’t even have the chance to fight for a shot at inclusion. Rikers Island, home to most of the city’s jails and jail population, is located within the 65-70 decibels area. It is just 500 feet away from LaGuardia’s runways. The entire island is classified as institutional land, used as the primary correctional facility in New York City. It currently has an average daily inmate population of about 7,500 individuals accused of crimes or sentenced to one year or less of jail time.

“Rikers is not included in the sound program, it is considered not residential,” said Brooks. “It is transient population, people come and go. There is always someone there, but it is like a motel.”

While there is some discussion in the city about closing the Rikers facilities, which are notorious for their dysfunction and violence, for the foreseeable future those held on Rikers will be subject to excessive airplane noise. (There has even been some discussion of turning Rikers into additional airport space.)

Already, LaGuardia is currently undergoing a $4 billion renovation that will be completed by 2022. According to Peter Byrne, deputy director of the noise program, it won’t change the noise contours.

Hope Marina has become accustomed to the noise and appears to love her neighborhood nonetheless. “I moved here about 50 years ago, it is a very nice area, you can stay outside, you can leave your door open at night,” Marina said from her front porch. “But I hear the planes all the time over the house. Either you get used to it, or you lose your mind.”