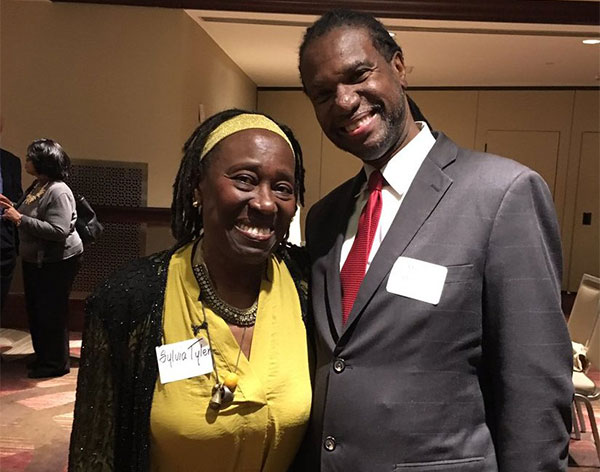 It’s going to be a sprint of an election -- though it’s not clear how many candidates are running or how many voters will participate -- with ballots likely to be cast sometime in February.

The election of New York City Council Member Inez Dickens to the State Assembly creates an open seat in Council District 9 in Harlem, and a number of contenders have thrown their hats in the ring. As soon as Dickens officially vacates her Council seat, Mayor Bill de Blasio will be required to call a nonpartisan special election.

Among the candidates running for Dickens’ seat are union organizer Marvin Holland, State Senator Bill Perkins, community activist Charles Cooper, and Troy Outlaw, who serves on Dickens’ Council staff. Other, lesser-known candidates include Donald Fields, a local businessman and advocate, immigration advocate Mamadou Drame, and Shannette Gray. Brian Benjamin, who works in real estate and is involved in the local community board, is rumored to be considering a run, but hasn’t filed paperwork yet.

Many have been waiting to see if Assembly Member Keith Wright will join the race. A Democratic power-broker who Dickens is replacing, Wright declined to run for Assembly re-election after pledging not to during his attempt to win Charles Rangel’s Congressional seat. Some say that Benjamin could be Wright’s favored candidate, though the uptown establishment could support Outlaw, or another candidate.

Holland, the political director of Transit Workers Union Local 100, came out of the gate fairly early. In a recent interview, he said he is confident about putting together a broad coalition. “I’m well-rooted throughout the Harlem community, with young and old members,” said Holland, who sits on the boards of a number of community organizations including the Latino Leadership Institute, the NYC Labor-Religion Coalition, the the Mid-Manhattan Branch of the NAACP, and Community Voices Heard’s solidarity board.

Holland’s message is “Harlem belongs to us,” he said, stressing that investment in the neighborhood needs to benefit its residents rather than creating forces of gentrification and displacement. He wants to create jobs and infrastructure in the community, relying on his experience as a union leader to navigate the complexities of economic policy. “My first priority,” he said, “was to show people I’m a serious candidate...I’m in this race 100 percent to win it.”

In a crowded race, anything can happen, but Perkins is especially formidable given his position as an elected official with at least some name recognition in the community.

“I would say Bill Perkins probably has the most infrastructure and support in the district,” said Dr. Christina Greer, political science professor at Fordham University. Pointing to the fact that State Senator Adriano Espaillat has been elected to replace Rangel, Greer said the community may be motivated to electe a black City Council member to replace Dickens, who is black. “It’s within U.S. Congressional District 13 and because there’s no African-American representative, Perkins will resonate with some voters who want to see an African-American representative in the district,” she said.

Greer said that Perkins’ chances could change significantly if Wright were to jump into the race, though he seems hesitant to do so at this point. It’s unclear whether Wright will be involved in the District 9 race at all. He was not made available for comment for this article. Dickens’ Council office also did not respond to a request for comment.

In phone interviews with Gotham Gazette, Holland, Perkins, Cooper, Fields, and Drame all indicated a similar initial approach to the election, formulating coalitions across the community and drumming up support on the ground. Each mentioned several of the same issues, chiefly focusing on creating and preserving affordable housing while bringing more development and jobs to the community. Calls to the candidate committees for Outlaw and Gray went unanswered.

Perkins previously held the Council seat for seven years before becoming a state Senator in 2006. He said his decision to attempt a return to city government was based largely on the opportunity to make more of an impact, which has been denied to Democrats who have been in the minority in the Senate. “I’m going to essentially be serving the same neighborhood with an opportunity to not only serve but to deliver,” Perkins said of potentially rejoining the Council, which currently has 48 Democrats and three Republicans.

Recalling his days in activist-oriented community work, Perkins said he is focusing on galvanizing community support. “It’s a winning formula for me,” he said. “I’m not a big moneymaker..I’m going where my strengths are, with the community, with the people.”  And he believes he has a good chance of winning the seat. “There’s nothing guaranteed but I feel that my support in the past for elected office has been encouraging,” he said. “I feel in sync with this district. They’re familiar with me over the years, they’re familiar with the work I’ve done.”

Perkins and Wright are not close. Wright is the leader of the Manhattan Democratic Party and a key cog in the state’s party infrastructure. Perkins is not expected to have a lot of institutional support, whether Wright runs or not. Because it is a city-level special election, there are no traditional party lines. The winner will serve for less than a year before having to run again in the fall, when all 51 Council seats will be on the ballot, as well as borough- and city-wide posts.

Perkins promised, if elected, to seek out alliances within the Council and join its Progressive Caucus. He’ll focus on affordable housing, he said, “not as it’s defined by developers but as defined by what’s in the pocket of the people in the community.” He said he’s not overly confident, stressing that the race will be competitive.

Perkins’ entry into the race hasn’t discouraged Holland, who is confident, especially given his union ties and organizing experience. Holland said in an interview that he is building a broad coalition of support including unions, district leaders, activists, and tenant leaders; he officially opened his new campaign headquarters Dec. 7.

For Charles Cooper, the election is an opportunity to get Harlem residents involved in community decisions. “I think oftentimes, especially in a special election, you have very low turnout which isn’t representative of the district as a whole,” he said, underscoring the need to spread awareness of the election and to get voters engaged. Special elections are notoriously low-turnout.

Cooper stressed the importance of people’s involvement, particularly after the election of Donald Trump as President. “We need to focus more and more on our local politics,” he said. “The City Council has a direct impact on the resources that come to our community.” Cooper, much like his opponents, said his campaign is a district-wide coalition of groups that will highlight issues of job creation, education, public safety, and housing.

Immigration advocate Mamadou Drame said he’s been planning his run for District 9 for the last two years, spurred into action by an older generation that has been more passive towards politics. He said he’s lost faith in the current crop of elected officials, who “come to the district every four years for your vote and then forget about the community.”

A Senegalese immigrant who has worked for years in immigrant services, he believes he’ll get support from the African immigrant population in Harlem. He’ll appeal to millennials and seniors alike, he said, with a campaign centered on reducing unemployment and “an inclusive approach to gentrification” that helps the community. “The question is, ‘how can we embrace development?,’” he said, “We can’t always be fighting it.”

“We need to forge a path of new leadership,” said candidate Donald Fields, a managing partner at Fields & Associates, a consultancy, who previously worked for the city’s child welfare agency. Fields emphasized the need for new blood to replace the “old guard” that has dominated the Harlem political scene for years. Although Fields said he respects them and their work, he believes that younger leaders will be able to bring about faster change.

Like Holland others, Fields is also undeterred by facing Perkins in the race. “It hasn’t slowed down my passion,” he said. “It hasn’t stopped my zeal to win or my focus on what the district needs.” His biggest priority is fighting gentrification while encouraging necessary development.

“Whoever wins this race must have a vision for the district and must be committed to deliver that vision,” Fields said. “That cannot be tied to backroom politics and special interests.”