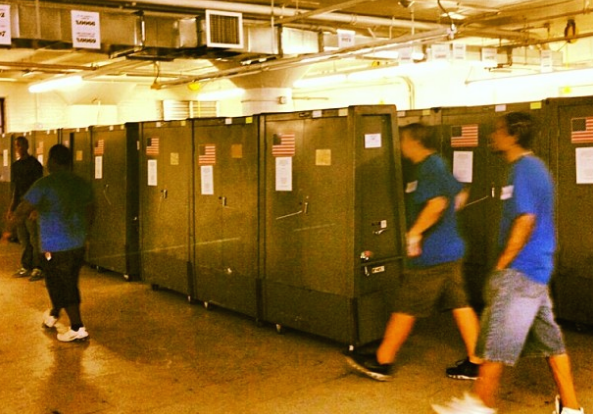 photo: NYC Board of Elections

When City Council Member Rafael Salamanca Jr., a Bronx Democrat, was elected in a special held on February 23 last year, only 3,764 ballots were cast and he received 1,455 of them. There were five other candidates in the race.

Special elections for City Council are fairly rare, almost always low-turnout, and much more important than people may realize. Not only do specials, like any election, change the course of the candidates lives and careers, but they determine local representation for district residents and larger policy contributions that winners may make to the city.

In just a few days -- on February 14 -- nearly a dozen candidates will be on the ballot for a special City Council election in Harlem to replace former Council Member Inez Dickens, who was elected to the state Assembly in November. But the especially large slate of candidates is unlikely to mean there will be strong voter turnout. Special elections tend to draw far fewer people to the polls than regularly-scheduled primary and general elections, which themselves typically host unimpressive turnout in New York.

“It’s twice as hard, if not more, to get people to vote in a special election,” said Steven Romalewski, director of the Center for Urban Research’s mapping service at CUNY Graduate Center. “People aren’t used to voting in February.”

“The challenge with a special election,” said Romalewski, “is that not only do candidates and supporters need to make the case for why people should vote for them, but they also have to cross the threshold of getting people to know that there is an election. During the general, you don’t have that issue.”

Special elections in New York City are nonpartisan, meaning that there are no party primaries and candidates do not run on the typical party ballot lines. Instead, they create their own party name and can appear on the ballot if they collect the requisite number of valid petition signatures from district residents.

Including those that elected Council Members Salamanca and Richards, there have been six City Council special elections between 2010 and 2016. Although each was held in different circumstances, and there’s no easy apples-to-apples comparisons to be made, some factors do hold true. For instance, specials scheduled the same day as the general election see higher turnout, in part because of increased awareness among voters and votes cast down party lines.

Voters have the “ingrained” habit of going to the polls in November during general elections, Romalewski noted, and if a special is held the same day, people may cast votes along party lines. Then even an unopposed candidate could receive a substantial number of votes that are mostly unavailable during a special election held in, say, February.

As of April 1, City Council District 9 -- the Harlem seat home to this month’s special election -- had 96,797 active registered voters, according to the New York City Board of Elections. This includes 79,482 Democrats, 3,108 Republicans and 11,241 unaffiliated voters.

In the September 2013 Democratic primary election for the seat, 18,412 votes were cast, 12,878 of which were for Inez Dickens, who was running for re-election and had only one opponent. In the general, Dickens ran unopposed, but received 23,454 out of 28,647 votes cast.

This next vote for the Council member from District 9 will not be on primary or general election day, though. It will be February 14, and turnout could be exceedingly low. With eleven candidates on the ballot, a winner may prevail with fewer than 2,000 votes, if that. The candidates are State Senator Bill Perkins; Marvin Holland; Charles Cooper; Donald Fields; Pierre Gooding; Athena Moore; Todd Stevens; Larry Blackmon; Cordell Cleare; Caprice Alves; and Dawn Simmons.

Aside from the eleven who did make it, two other candidates were kicked off the ballot by the Board of Elections on Tuesday, one for having submitted ballot petitions past the deadline and another for attempting to run on the Democratic Party line in a nonpartisan election.

Two recent “special” elections, in Staten Island’s District 51 and Queens District 23, were held on November 3, 2015, the day of the general election, to fill vacancies created from the separate resignations of two City Council members. Owing to technicalities in election law, based on the timing of the vacancies the District 51 race was considered a special election and the other was an “off-year” election, which involves different rules.

In the Staten Island race, there were 13,002 votes in total, of which 9,111 went to now-Council Member Joe Borelli, a Republican Assembly member at the time. (Borelli was on the ballot again in 2016, running in an “off-year” election for the last year of the term.) The Queens “off-year” election, on the other hand, involved a party primary in September 2015, in which Barry Grodenchik won the Democratic nomination with 1,942 votes out of the total 7,196. On November 3, he received 6,156 votes out of 11,305 cast, beating his Republican opponent by 2,000 votes.

Similarly, in 2012, Andy King was elected to the City Council from District 12 in the Bronx, in another special election held with the general election. King received 35,580 votes out of 58,505 votes cast in the nonpartisan race. He had five competitors.

Two special elections held in 2010 also bear the same pattern -- much higher turnout when held in conjunction with the general election. When Brooklyn’s David Greenfield was elected to the District 44 seat in March of that year, he received 7,242 votes of the 12,762 cast. Later in November, on general election day, when Ruben Wills ran for District 28 in Queens, he received 6,145 votes but 22,428 people voted.

By law, the mayor must call for a special election within three days of a vacancy occurring and the election must take place on the first Tuesday at least 45 days after the vacancy. This helps avoid prolonged periods without community representation, but leads to specials on seemingly random Tuesdays.

Skurnik did point out that the range of turnout in special elections is usually between 10 to 15 percent, trending towards the lower end, implying that there is a dedicated base of voters that will cast a ballot regardless of the timing of the election or even the weather on the particular day. The difference, though, comes down to the race and the candidates. “It’s driven largely by how competitive it is and how active candidates are,” Skurnik said.