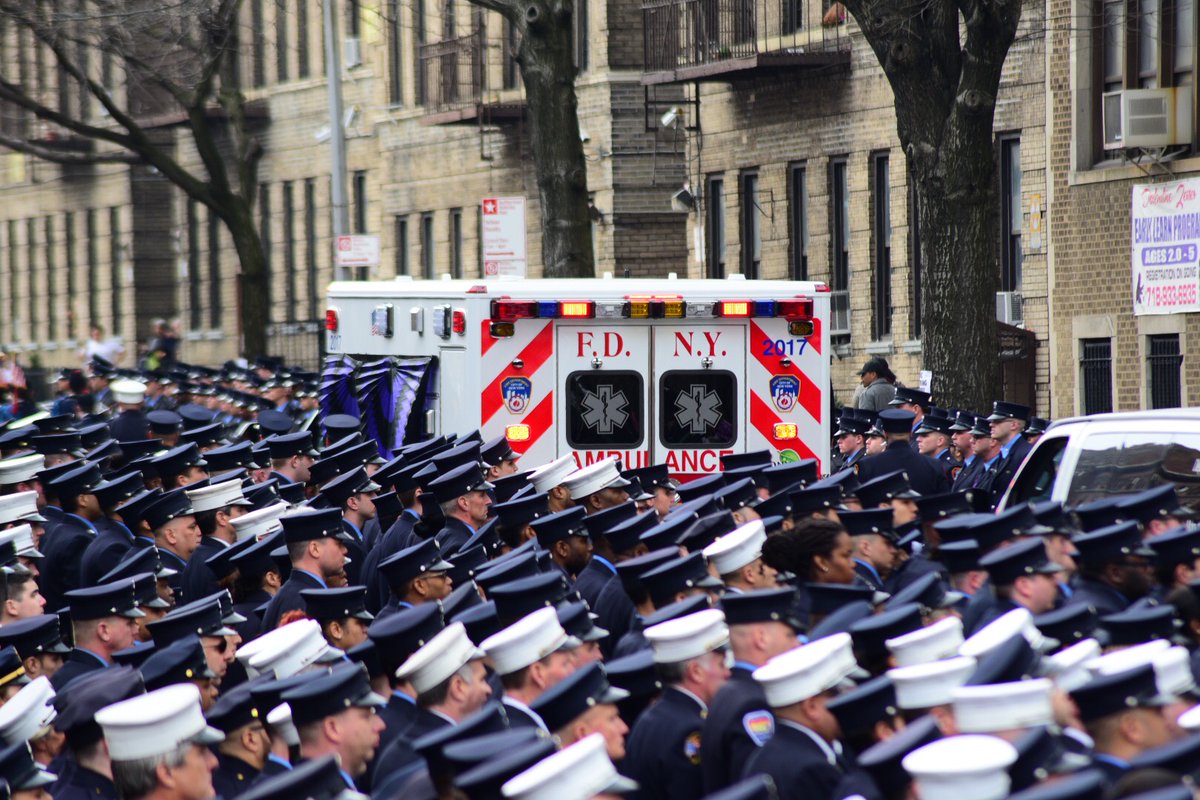 Of the city’s various uniformed workers, some dominate media attention and public awareness. Along with the historical presence and mythology of firefighters and police officers, corrections officers have been in the news recently, mostly for the wrong reasons, while New Yorkers rely on sanitation workers for a basic essential of city life.

Public soul-searching over questions about broken windows policing and the future of the Riker’s Island jail also have many New Yorkers thinking about police and corrections officers, with ongoing policy discussions now moving into a city election year.

Yet one uniformed group, which like the others has a unique set of responsibilities, labor issues, and policy priorities, has found itself largely locked out of the conversation, even as its 4,700 members continue to risk their own well-being and save lives on a daily basis: FDNY emergency medical service (EMS) workers, which include EMTs and Paramedics.

The service came suddenly into the limelight on March 16 when Yadira Arroyo, 44, a 14-year veteran of the FDNY EMT and mother of five, was killed, allegedly by a 25-year-old Bronx man who commandeered her ambulance and ran her over.

“The primary concerns have not changed for many years,” said Izzy Miranda, president of Uniformed EMTs, Paramedics & Fire Inspectors Local 2507, in an interview a few days after Arroyo was killed on the job. “We get resistance from the administration no matter which one it is. We’re truly not recognized by the administration as a true uniformed service.”

His members’ primary concern is pay, Miranda said. Base salary for an FDNY EMT after five years on the job is $47,685. A firefighter, meanwhile, can expect to take home $85,292 in base pay after five years, the same as an NYPD officer after 5.5 years.

“They have to work overtime, second and third jobs…We lose the best quality people,” said Miranda, explaining that members turn to private sector jobs like nursing because they cannot afford to live in the city on EMT pay.

That’s the case for FDNY rescue medic Usman Rahyab, an 11-year veteran of the department, who had worked with Arroyo and described her as someone who “sincerely loved her job.”

“I have to teach on my days off, I have to work overtime,” Rayhab said. “I teach paramedics to make enough money to support myself and my son…My own barber makes more money than I do, and he cuts my hair.”

Rayhab also painted a picture of an agency with a multitude of internal budgetary and management issues, and a punishing work culture that drives out talented medical workers.

“We’re constantly, constantly running out of essential equipment. We’re allowed to go out there and respond and not have that. That’s because of the budget,” he said, citing the example of CPAP devices, which can prevent a patient from having to be intubated. “Right now, at this time, I do not have any in my truck. They still send me out…I shouldn’t be told ‘do what you have to do, do the best with what you have,’” he added.

In an email, Frank Gribbon, a spokesperson for the FDNY, denied there is any shortage of the devices, writing “I'm told we do not have a shortage of CPAP devices - plenty in stock.”

A report by the Citizens Budget Commission in December 2015 calculated that just 13% of the FDNY’s budget for fiscal 2015 was allocated for EMS, despite at least 75% of incidents to which the agency responded being medical in nature. The city’s EMS was moved from the Health and Hospitals Corporation to the FDNY in 1996 in an attempt to increase coordination between emergency services and reduce redundancies.

Gribbon said that “the budget for EMS has never been greater, having been increased by nearly $40 million two years ago by the Mayor” and specified that the cost of running EMS was $600 million, with $180 million recovered through insurance billing. He did not answer a question about how the EMS operating budget was calculated internally.

Rayhab also outlined functional and cultural problems within the agency, claiming that members were stretched so thin they could go 12 hours without a single break, even to eat. If discovered eating at an unsanctioned time, he said, they could lose “four or five days worth of pay.”

When paramedics get hurt, Rayhab said, “you’re either going to recover, you’re going to get demoted, or you’re going to lose your job. There’s nothing else. And there’s a high injury rate.”

When an EMS worker does become injured to the point that they cannot continue to work, that can be an uncertain process.

Miranda, the union president, recently held a rally on the steps of City Hall with State Senator Marty Golden (R-Brooklyn) and Assemblymember Peter Abbate (D-Brooklyn) to introduce a bill that would allow New York state courts to grant disability pensions to EMS, corrections, and sanitation workers if they disagreed with a pension denial from the New York City Employees' Retirement System (NYCERS).

Currently, courts can only remand cases back the board. In a phone interview, Sen. Golden said “[EMS workers] fall, mess up their back, their head, they cannot function as an EMS, they’re forced into disability. They have to go back and forth between the panel and the supreme court if they’re denied. This takes time, and it takes money. It can be two years and $10,000 before they’re done.”

Golden also worries about the physical safety of EMS workers. In 2015 he introduced a bill, which passed and was signed by Governor Andrew Cuomo, removing a requirement that an assault on an EMS worker had to intend to obstruct their official duties for it to be considered assault in the second degree, a class D felony.

For Golden, who was a New York City police officer in the 1970s and early ‘80s, the death of Arroyo is part of a larger pattern of renewed violence against uniformed responders and peace officers. “I remember people throwing garbage cans on firetrucks and EMS vehicles,” Golden said of his time in the NYPD, adding, “it seems to be back to that. They want to attack anyone in uniform.”

Another point of contention is the EMS service’s own leadership. As opposed to their firefighter counterparts, the appointment and promotion of EMS supervisors does not require a competitive civil service examination, a situation Miranda said does not afford EMTs ample opportunity to advance. Rahyab was more blunt: “they promote their buddies…Our members do not look up to the EMS administration.” Golden has introduced a bill in the Senate to require the examinations.

On the municipal front, the EMS workers union has a few specific interests, starting with contract negotiations that will bring their compensation more in line with their uniformed colleagues. Miranda said that their next contract negotiations will begin around April of next year, but his union is open to starting conversations with the city now.

Miranda is also pushing a bill, introduced by Queens Council Member Elizabeth Crowley, who is chair of the Committee on Fire and Criminal Justice Services, that would require bulletproof vests for some EMS workers “meet certain safety requirements related to their warranty, history of use, and fit” and “meet standards for bullet resistance developed by the National Institute of Justice.” The bill is designed to upgrade vests that were issued to EMS workers under the Giuliani administration in the late 1990s.

Crowley said she was also advocating for funding for the vests in the city budget, regardless of whether the bill passes in the Council. “If the [fire] department believes it’s important to give every graduating EMT a bulletproof vest, why are they not upgrading that vest after five years, when it’s no longer effective?” she said.

Crowley also intends to introduce legislation that will require public reporting of so-called vital statistics, internal figures that provide more detail than the department’s annual reporting on fire fatalities. She mentioned that these statistics showed that lives saved by EMS were down year-over-year.

“Unfortunately, many of the calls they get now are about overdoses…So naloxone use should be part of the vital statistics,” she said as an example of what could be included. Echoing the irritation of EMS workers, she said that it “frustrated me in the past, and it frustrates me today that they’re treated like a second class public safety arm.” 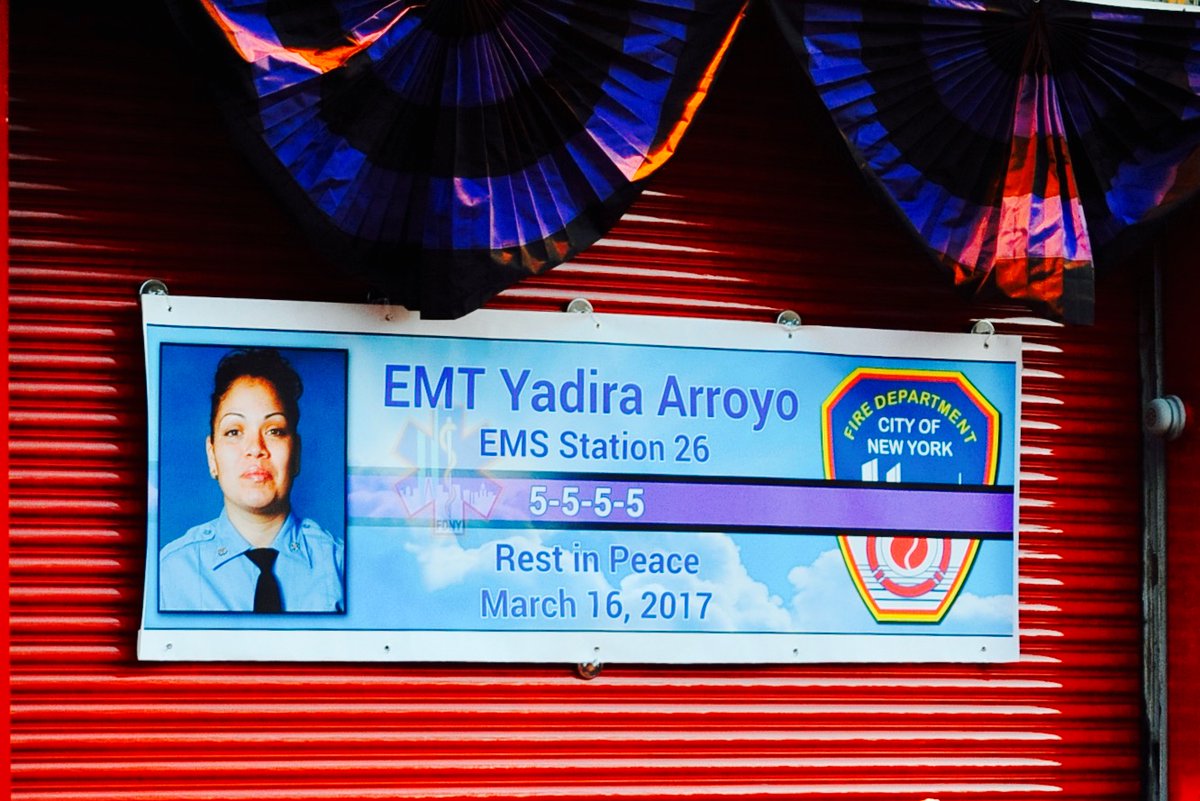 Both Rahyab and Miranda lamented the lack of attention that their profession’s struggles have received, but hoped that if there was one good thing to come out of the recent tragedy, it would be increased awareness.

“It’s a shame that it has to take a tragedy, one of our sisters making the supreme sacrifice, for these issues to even be looked at,” Miranda said.