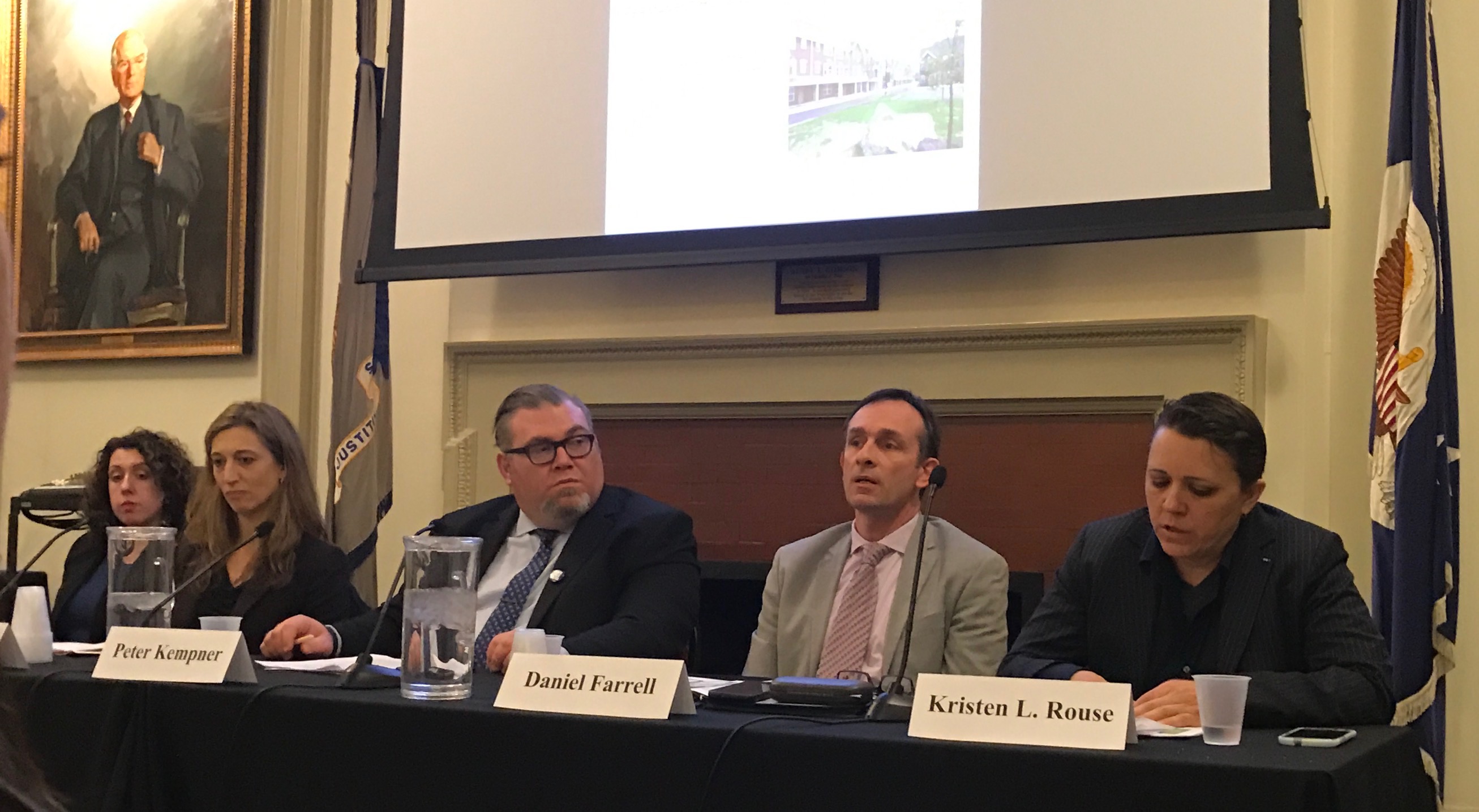 A forum held Thursday night at the New York City Bar Association featured advocates and officials at the city and federal levels to discuss the insidious problem of homelessness among military veterans. The city’s newly created Department of Veterans Services estimates that New York City is home to over 210,000 veterans.

If the city’s homelessness crisis is already complicated, former service members’ housing challenges have unique dimensions of both complexity and potential solutions, some of which the panelists attempted to unpack.

A theme throughout was the need for individualized attention to each veteran, as each case may require any of a patchwork of state and federal grants or programs depending on its specific circumstances. “Any one of these strategies alone wouldn’t have worked,” said Nicole Branca, Assistant Commissioner at the Department of Veterans Services (DVS).

She was referring to the mixed use of programs like the federal Department of Veterans Affairs-subsidized transitional housing at Borden Avenue in Queens; the V.A. Supportive Housing (VASH) program, which is run with the federal department of Housing and Urban Development; and the city’s own veteran peer coordinators, fellow veterans who help at-risk veterans find and retain housing.

One goal of DVS, which was established just last year when the city expanded the Mayor’s Office of Veterans Affairs into a full-blown city agency, is to make sure that veterans are helped effectively at every step, which includes both preventing homelessness and addressing it quickly when it does occur. Ultimately, the agency wants to reach what it calls “functional zero,” or no more than 300 veterans facing homelessness at any one time, and none chronically so.

The agency has made significant progress towards this goal; by the end of last year, the agency estimated that the number of homeless veterans stood at just under 560, a 90% reduction from the estimated 4,677 in 2011. At the end of 2015, the city was recognized by the federal departments of Housing and Urban Development, Veterans Affairs, and the Interagency Council on Homelessness for ending “chronic veteran homelessness,” a narrow designation which applies to disabled veterans who have been homeless for at least a year, or experience four episodes of homelessness in three years.

According to Daniel Farrell, a senior vice president at supportive housing non-profit HELP USA, “our work should be around shelters, before and after the shelter.” This partly involves simply making veterans aware of the services available to them.

Branca also said that the city is exploring ways to extend legal services to veterans after moderator Peter Kempner, director of the Veterans Project at Legal Services NYC, brought up broader recent efforts to provide tenants facing eviction with free legal aid, worrying that “the most disabled vets are going to get cut out of that.”

An obstacle to aiding homeless veterans in New York is the ever-pertinent problem of housing availability. “We could have all the subsidies in the world, but what we need is the units,” said Branca. New York City has a miniscule vacancy rate, scarce available affordable housing with rent caps, known as rent-stabilized housing, and about 60,000 people living in shelters.

Farrell referred to his organization’s operations in Las Vegas, where “we will house [veterans] that same day. No credit? Doesn’t matter. Here, you can have perfect credit, even make some money, have no history of homelessness, and we will not house you that day, or even that week.”

Kristen Rouse, a U.S. Army veteran and director of the NYC Veterans Alliance, highlighted the fact that it isn’t only the lack of housing stock itself but landlords’ discomfort with veterans and their support structures that led to shortage. “We hear about landlords who don’t accept G.I. bill benefits, or disability benefits,” she said. In response, her group is pushing a bill in the City Council, sponsored by Brooklyn Council Member Jumaane Williams, who chairs the housing committee, that would include veterans as a protected category in the city’s Human Rights Law.

“Discrimination is illegal under federal law, but who are they going to call?... If you can call a 212 area number, or call 311, it’s a whole lot easier to address,” Rouse told Gotham Gazette. In addition, she is supporting a bill sponsored by Staten Island Council Member Steven Matteo, the Republican minority leader, that would extend property tax exemption for veterans to cover school property taxes. “School taxes have gone up 60% since 2003. Disability and social security? They’re not going up,” said Rouse.