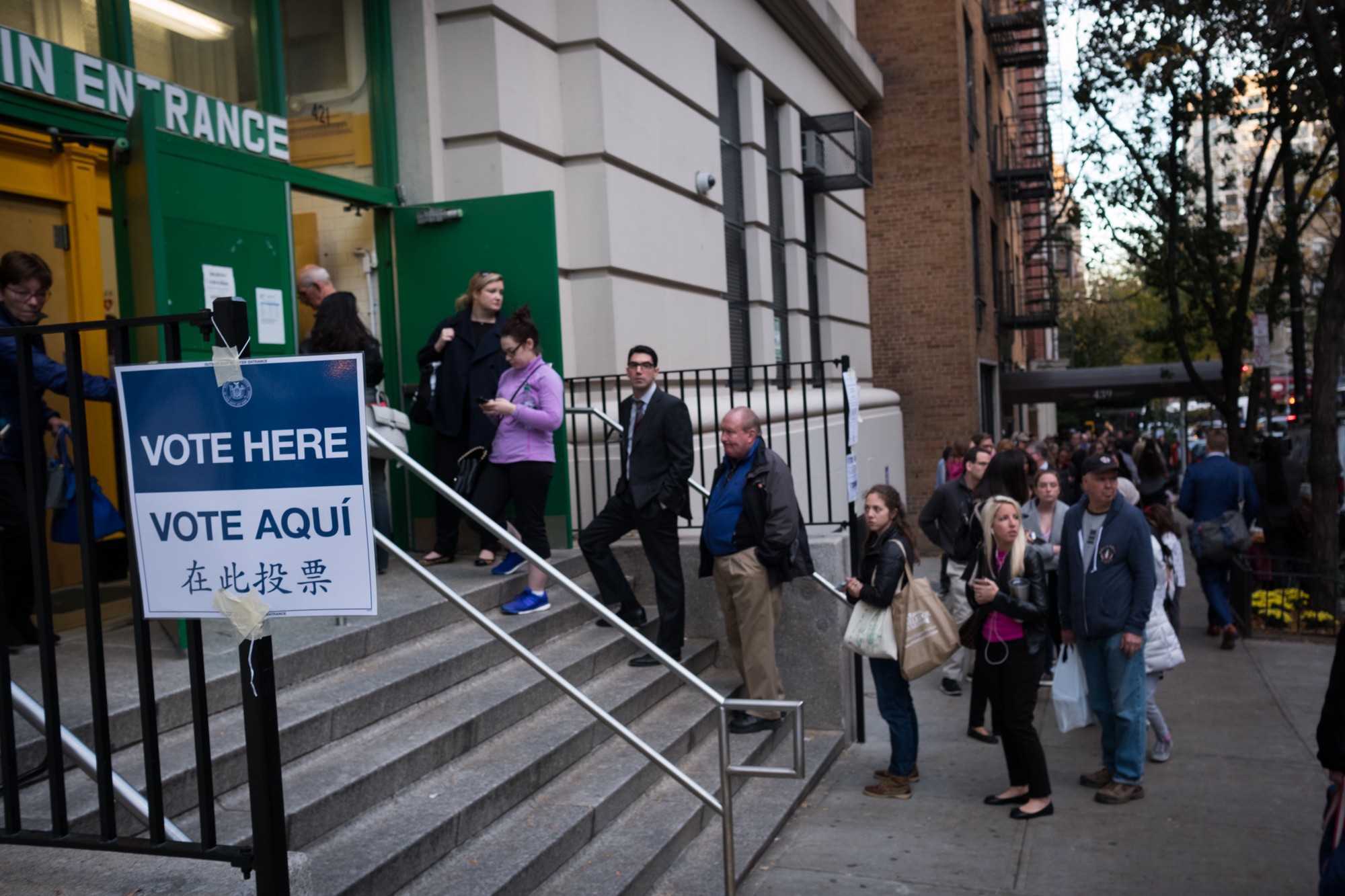 The executive director of the New York City Board of Elections said at a City Council budget hearing on Friday that recent failings by the board, revealed in a WNYC report, were not entirely the BOE’s responsibility and that voters in New York needed to step up their participation and involvement in ensuring that their votes count.

WNYC radio’s Brigid Bergin reported last week that more than 78,000 affidavit ballots, out of 168,000 cast by voters whose names were not listed in voter rolls in last year’s presidential election, were disqualified by the BOE and the board did not notify those voters in time for them to challenge those decisions in court and possibly have their vote count. Voters fill out affidavit ballots when they believe there is a mistake about their enrollment status, typically when their name is not in the sign-in book when they show up to cast a ballot.

If it is not counting an affidavit vote, the law requires the board to notify affidavit voters immediately by mail and those voters have 20 days to appeal. But, as WNYC found, the board only began sending notifications two days after that deadline passed and was still sending some as of last week -- six months after the election.

Friday’s City Council hearing of the Committee on Governmental Operations was part of the ongoing round of hearings on Mayor bill de Blasio’s executive budget proposal. A new fiscal year 2018 budget is due by July 1, with the mayor and the Council needing to agree on a spending plan by then. While the BOE is governed by state law, it is funded through the city budget and the City Council has oversight. The mayor and Council have virtually no control, though, over BOE operations and personnel.

The government operations committee, chaired by Council Member Ben Kallos, met to discuss the BOE’s $136.5 million proposed budget for the 2018 fiscal year. Council members sought answers from the board about the latest WNYC report, which came after a series of reports by Bergin exposing problems at the BOE, including tens of thousands of voters purged from the rolls ahead of the presidential election. Kallos said his wife was one of those voters whose vote did not count, and that she received a notice from the BOE just last month.

“There is a quasi-manual, quasi-automated process,” said Michael Ryan, BOE executive director, insisting that the board could not send notices to voters who aren’t in the system until they provide relevant missing information to the board.

Referring to a specific voter highlighted by WNYC, who shuttled numerous times between two poll sites in attempting to cast her vote, which eventually was not counted, Ryan said the voter’s actions on Election Day seemed “suspicious” and also said WNYC’s report, “simplistically analyzed a complex process.”

He also said the affidavit counting process is open and voters concerned about their votes could, and should, approach the board in the days after the election to ensure their vote was valid. “The fact that there is this burden shift to any Board of Elections...that we have to take all of the responsibility and the voters don’t have to take any of the responsibility, which seems to be the argument that’s being made here, is quite simply not fair to any government agency.”

He insisted that notifications could not be sent out to voters until the election was certified, which was done December 6 last year, nearly a month after Election Day. And the 20-day deadline to challenge a decision on a vote, he said, was a state legislative matter rather than one for the board.

“No amount of money is going to suspend the time-space continuum,” Ryan said, when Kallos asked what the board could do to give people enough time to take a decision to court. “That is something that we all must live with. That is a law of nature.”

Kallos suggested perhaps the BOE could use new technology to read voter addresses. But Ryan refuted that as well, insisting, somewhat contrary to his earlier testimony, that the process was an “entirely manual” one. “It’s the 20 days for the court challenge that is the issue, not the technology, not the process,” he added. “Again, that having been said, this is an open process and people are free a week after the election to come to the Board of Elections and challenge their affidavit if they think it’s an issue.”

He reiterated that voters must accept their part in the process as well. “There is something in this society that I think is somewhat missing and that is personal responsibility,” he said. “And it doesn't all fall to the government to fix that.”