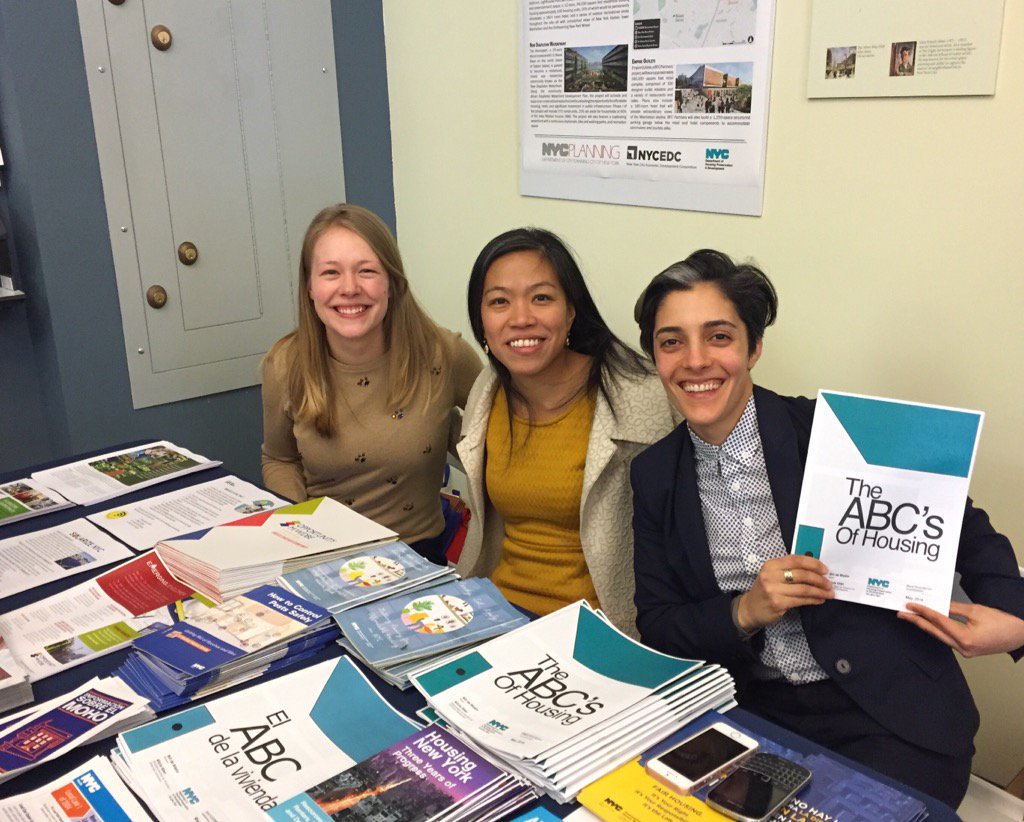 Speaking at the CUNY Graduate School of Journalism's Center for Community and Ethnic Media, Commissioner Maria Torres-Springer, head of the Department of Housing Preservation and Development, gave an update on the administration’s 10-year 200,000-unit affordable housing plan, and spoke about how the city is working to revitalize communities in the process.

Torres-Springer’s appearance came just after the city released a new plan for Brownsville, Brooklyn that aims to not only add 2,500 units of affordable housing, but address deep-rooted community issues in one of the poorest, resource-starved neighborhoods in the city. The plan, she said, was developed with community input via in-person planning meetings and an online option provided by HPD over the last year.

“We know at HPD that the crisis that we are facing in terms of affordability is much more than just building housing,” Torres-Springer said. Through its housing plan, which includes the potential rezoning of around a dozen neighborhoods, the de Blasio administration is seeking to add affordable housing, overall housing density, and community staples such as parkland and school seats.

Issues brought forth for Brownsville included “better health outcomes, more thriving retail, more job opportunities, [and] better streets,” said Torres-Springer, who has been heading HPD since the beginning of the year after stints leading the city’s department for small business services and the Economic Development Corporation.

The commissioner said Friday that her team will also be actively working to combat resident displacement through preserving current affordable housing and aiding tenant protection and anti-eviction efforts. Sixty percent of De Blasio’s housing plan is preserving currently affordable units, which means incentivizing landlords to keep rent caps in place for tenants. The mayor has also added millions of dollars in funding to provide lawyers to tenants facing unfair eviction.

“I’m happy to report that, a lot due to the efforts of course of my predecessor and the incredible team at HPD, that we’ve made terrific progress toward the plan’s goals,” Torres-Springer said Friday. “We’ve financed 63,398 units -- ahead of schedule and on budget,” she said, referring to the overall plan and both new and preserved units.

According to Torres-Springer, these housing units serve a range of needs, from families of three making $43,000 or less to $26,000 or less annually in an effort to help “preserve the economic diversity that makes our neighborhoods so dynamic.”

Stating that this is not always enough, she went on to praise the mayor’s decision to add $2 billion to HPD’s capital budget, bringing the total to $10 billion, which funds subsidized housing, and allowing for 25 percent of the plan to be dedicated to the lowest income families in the city. De Blasio has received some pushback from locals and community activists who have said that his plan does not provide enough affordable units for those making the least income. He adjusted the plan, which was released in 2014, earlier this year, though his efforts have not completely quieted the protests.

HPD’s goals are not without challenges, some of them new. The executive budget proposal put out by the Trump administration has left Torres-Springer and her team -- who get 86 percent of their funding from the federal government -- uncertain but “optimistic” that they will be able to fight back and continue as planned.

“That is the funding that really helps us advance all of our work to protect the city’s housing stock, to fill gaps in terms of supportive housing, in terms of home ownership -- we’re the fifth largest issuer of Section 8 vouchers -- and we’re living in a world, as many of you know, where the cuts that the president has proposed for the federal Department of Housing and Urban Development, [mean] a lot of those programs are really under threat.”

Torres-Springer also stressed that the administration, partnered with different coalitions across the country, will make “sure that Washington D.C. does not walk away from its obligations to the people of this city.” 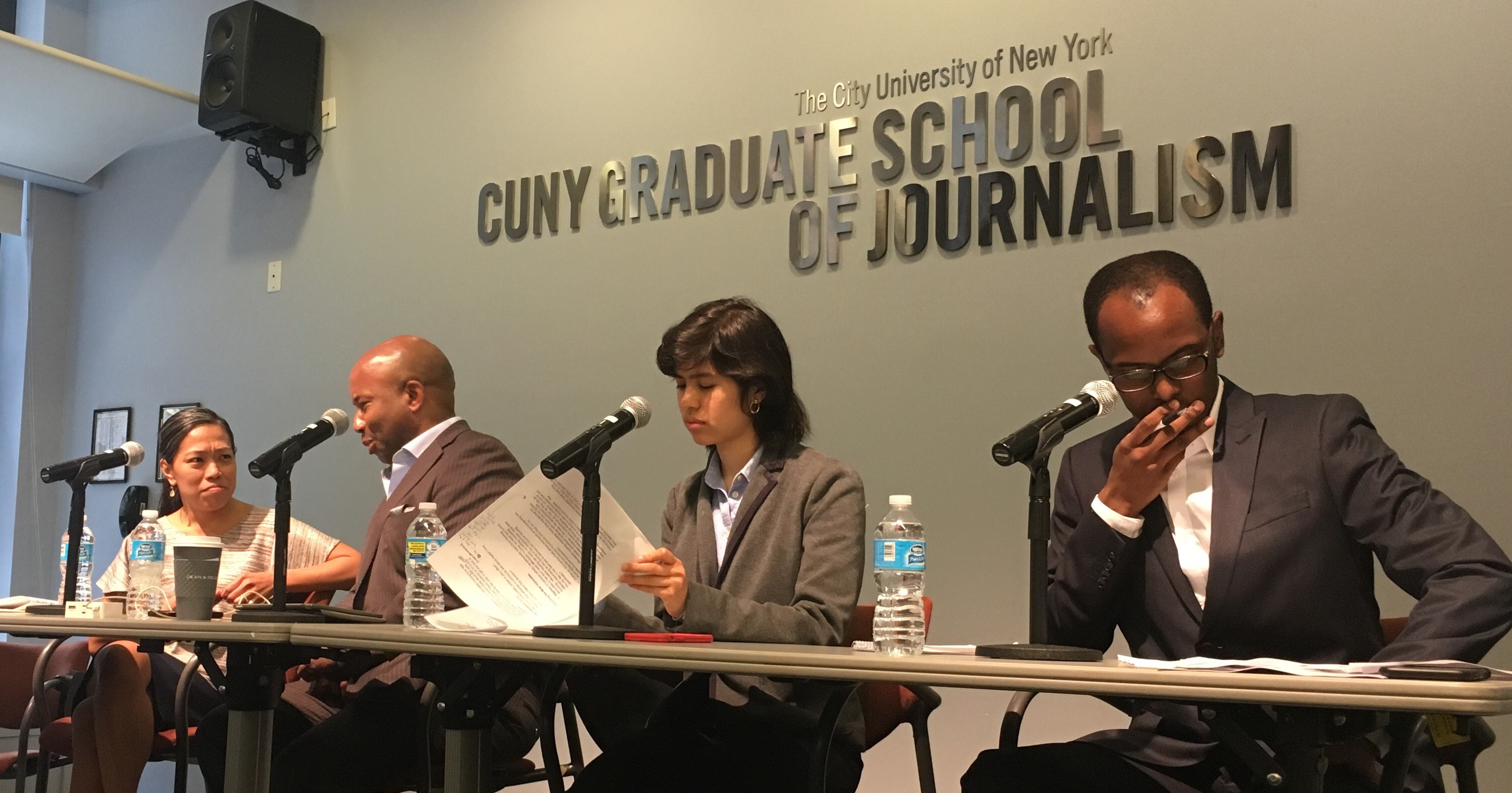 On Friday, Torres-Springer was questioned by a panel of CUNY Journalism School’s Errol Louis and two other reporters, and then members of the audience, who represented a variety of community and ethnic outlets. When asked how members of a community who might not have been aware of the plans before now might feel about the changes, she admitted to the difficulties of pleasing everybody.

“I am under no illusion that they will approve of everything that we do, and that’s fine, because it's really that type of feedback -- positive or negative -- that ensures that at the end of the day, public servants, public officials, elected officials, who have a more formal role in, say, the public approval process, that we’re all held accountable,” Torres-Springer had told Louis Thursday evening on his NY1 Road to City Hall program in regards to the projected development in Brownsville.

“It’s 100% affordable, but the different levels of affordability for all of those units -- we will wait to see what comes back in terms of the submissions and then consider them based on that. But we always want to reach the deeper levels of affordability,” Torres-Springer said. “The most successful proposals are often the ones that really take into consideration the context in which each and every one of the developments of the projects is happening.”

While the de Blasio administration has made a wide variety of deals to preserve or develop affordable housing across the city, the neighborhood plans that are also a key part of the overall affordable housing plan have moved fairly slowly. Only East New York has had a rezoning move entirely through the lengthy process. A few others have started that process, which includes city studies, community outreach, and review by local officials like the borough president, community board members, and City Council member.