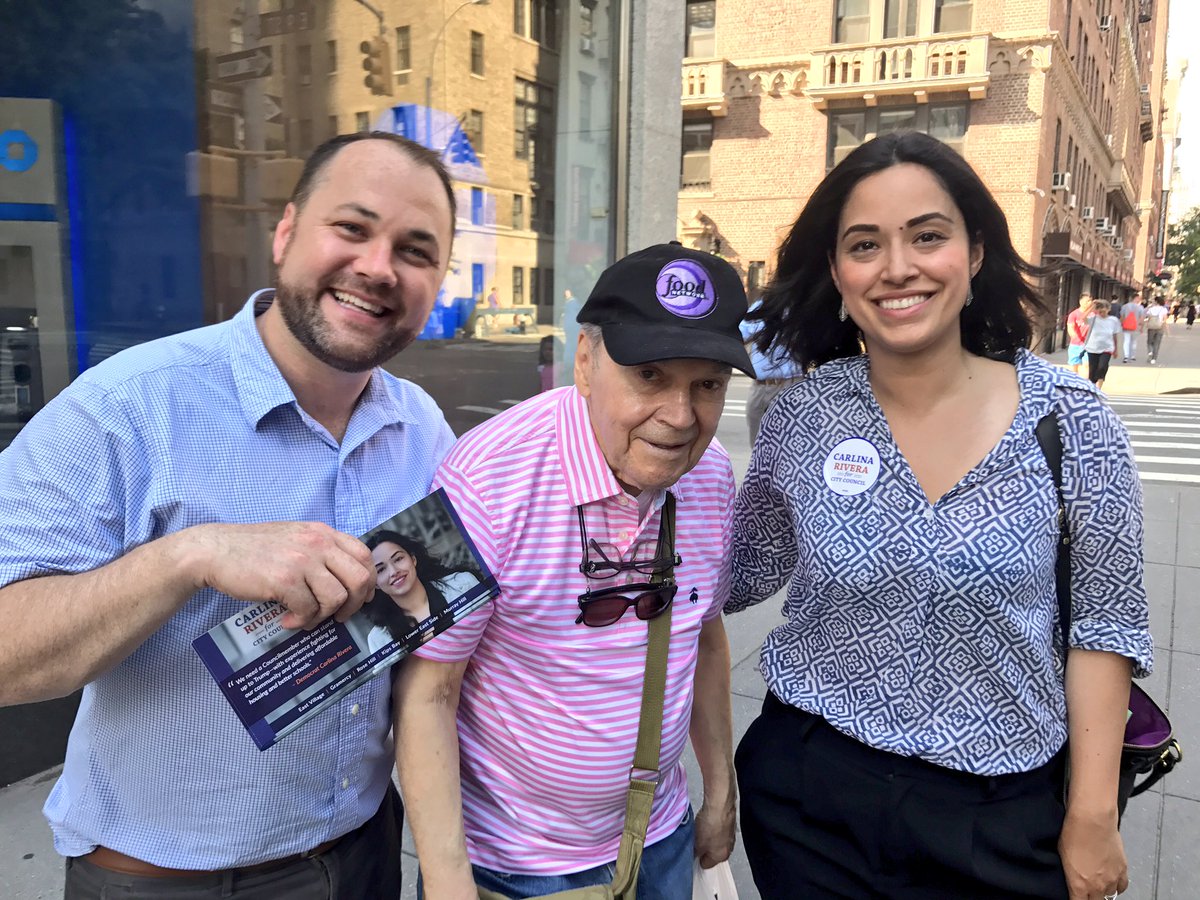 Corey Johnson wants to be the next Speaker of the City Council. In his pursuit of the position, Johnson is aggressively traveling the city, as evidenced by his just-concluded weekend. Johnson was in at least four boroughs this weekend, helping colleagues and potential colleagues campaign in their districts.

The Speaker position is voted on internally by City Council members every four years, with a vote coming up in January after elections for all 51 Council seats take place this fall. Johnson is running for re-election to his West Village seat, which he will easily win, and his sights are set on what is possibly the second most powerful position in city government, behind the Mayor.

While it’s early in the process, Johnson is seen as a leading contender in what is a crowded field including Council Members Mark Levine, Ydanis Rodriguez, Robert Cornegy, Jimmy Van Bramer, Donovan Richards, Jumaane Williams, and possibly others. Julissa Ferreras-Copeland was seen as top contender, but she recently surprised the New York political world by announcing that she is not seeking reelection, instead moving to Maryland for family reasons.

For months, Johnson has been the most aggressive of the Speaker candidates, keeping a busy schedule of visits to members’ districts and meetings with borough Democratic Party leaders, who hold some sway in the Speaker selection process.

If this weekend is any indication, Johnson has kicked his campaigning into a new gear. And he’s not being shy about it.

According to his posts on Twitter, Johnson campaigned all over the city this weekend, appearing with City Council Members Debi Rose (Staten Island), Elizabeth Crowley (Queens), and Carlos Menchaca (Brooklyn), and Council hopefuls Carlina Rivera (Manhattan) and Francisco Moya, an Assembly member seeking to replace Ferreras-Copeland in Queens. Johnson also made several other event appearances over the weekend, including at an annual ceremony put on by Congressional Rep. Yvette Clarke, at which City Council Member Laurie Cumbo, among others, was present.

The weekend prior, Johnson attended Council Member Ritchie Torres’ reelection campaign launch in the Bronx, the one borough he doesn’t appear to have campaigned in this weekend. Johnson's increased activity not only comes as September's primary day approaches, but also during ballot petitioning, when candidates must get hundreds of signatures to make the ballot.

As election season continues, Johnson, Levine, and other Speaker candidates are likely to start donating campaign money to some of their colleagues and potential colleagues, especially in tight races, like those for the eight "open" seats where there is no incumbent running. There are also several incumbents, including Cumbo, facing tough primary challenges.

Mayor Bill de Blasio is also a factor in the race. De Blasio, who is expected to win a second term this fall, was instrumental in helping the current Council Speaker, Melissa Mark-Viverito, attain the necessary support in the Council. De Blasio recently said he won't shy away from getting involved again, given how important it is to his agenda to have an ally as Speaker. All of the Speaker candidates are Democrats like de Blasio, with varying closeness to the mayor.