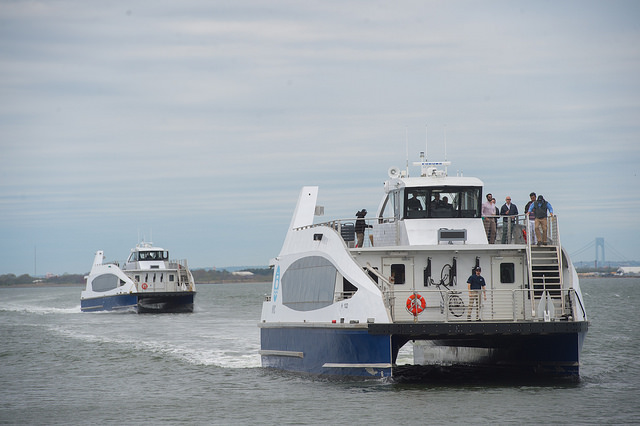 As the city approaches the five-year anniversary of Hurricane Sandy, which ravaged the eastern seaboard and wrecked homes and businesses in New York’s coastal communities, a new report says there is more work to be done to prepare for the next storm.

Former HUD regional administrator for New York and New Jersey Holly Leicht, who oversaw the Department of Housing and Urban Development’s $15.2 billion Superstorm Sandy recovery program, presented a report last week with 41 recommendations for how the government at the federal, state and local levels could better approach natural disaster preparedness and recovery. Leicht’s report was the centerpiece of a symposium sponsored by the Community Preservation Corporation (CPC), a nonprofit organization that deals with affordable housing for underserved communities, and the Staten Island Borough President’s office.

The 51-page report includes numerous proposals for stronger coordination between federal and local authorities in the wake of a disaster, streamlined funding for disaster relief, improved communication with affected communities and reduced bureaucratic hurdles in disaster response.

“This is something we can accomplish without our heads exploding,” Leicht joked in her opening remarks at the CPC conference. “We’re making incremental change in an area where we need to be making drastic change and fast change.”

Asked what she would say to critics who might question the cost of such reforms, Leich told Gotham Gazette, “I think my message is that a lot of these things are cost neutral. Out of 41, we could probably do 25 without expending much money or having to change laws. The key thing is having leadership to get started.”

From 2011 to 2013 alone, the federal government spent a total of $136 billion on disaster recovery. Leicht argued that not nearly enough funding is being spent on mitigation to prevent damage from future natural disasters. According to her report, prioritizing mitigation can save $1.2 billion in funding annually.

“I know this is difficult,” said Staten Island Borough President James Oddo, who participated in the panel discussion during the event. “We, as government, made mistakes...I’m not trying to pick a fight with a billionaire ex-mayor, I had plenty of dials with that administration back in the day. I’m not trying to tug on the current mayor’s cape, but I owe it to my constituents to make sure there’s a process that is frank about what went wrong.”

One of the major criticisms regarding the recovery effort after Sandy is the amount of time it took to repair and restore homes that had been destroyed. According to Leicht, 18 months was considered the gold standard as to when individuals could expect to move back into their homes after Sandy, and many homeowners were not aware of this.

“I absolutely believe had my constituents known that they were looking at an 18-month, two year, three year, five year process, they would have made different decisions,” Oddo said. Many are still not back in their homes as the five-year anniversary of the storm approaches this fall.

There also seems to be lingering confusion around how recovery is defined in government agencies that are supposed to be providing relief to victims. Recovery could simply mean making sure the person affected by the disaster is able to get back on their feet, or it could also mean that recovery has not been achieved until the victim has been fully compensated for what was lost.

“We’ve gotta make some substantive changes here,” said Brad Gair, former director of Housing Recovery Operations in New York City and currently the senior managing director of Witt O’Brien’s, a private sector crisis and disaster management firm. “This recovery was a disaster. We failed the people of New York -- I’m talking from a city perspective. The problem is, what are we trying to do here? When we talk about post-disaster housing have we ever had the discussion of: do people, who lost their houses because of a disaster, are they entitled to a new home at the government’s expense? I’m not saying yes or no. I’m saying we’ve gotta talk about that. Until you talk about that, you get what you get.”

Nonetheless, the city and state have taken some steps to safeguard against future damage caused by hurricanes. For example, some properties in coastal areas that are at risk of being impacted by storms are being bought by the government to prevent individuals from moving back in.

But Oddo concluded with some cautionary words for lawmakers and administrators. “Be careful of the struggle between building quickly and building smartly,” he said. “We were so careful we did neither.”