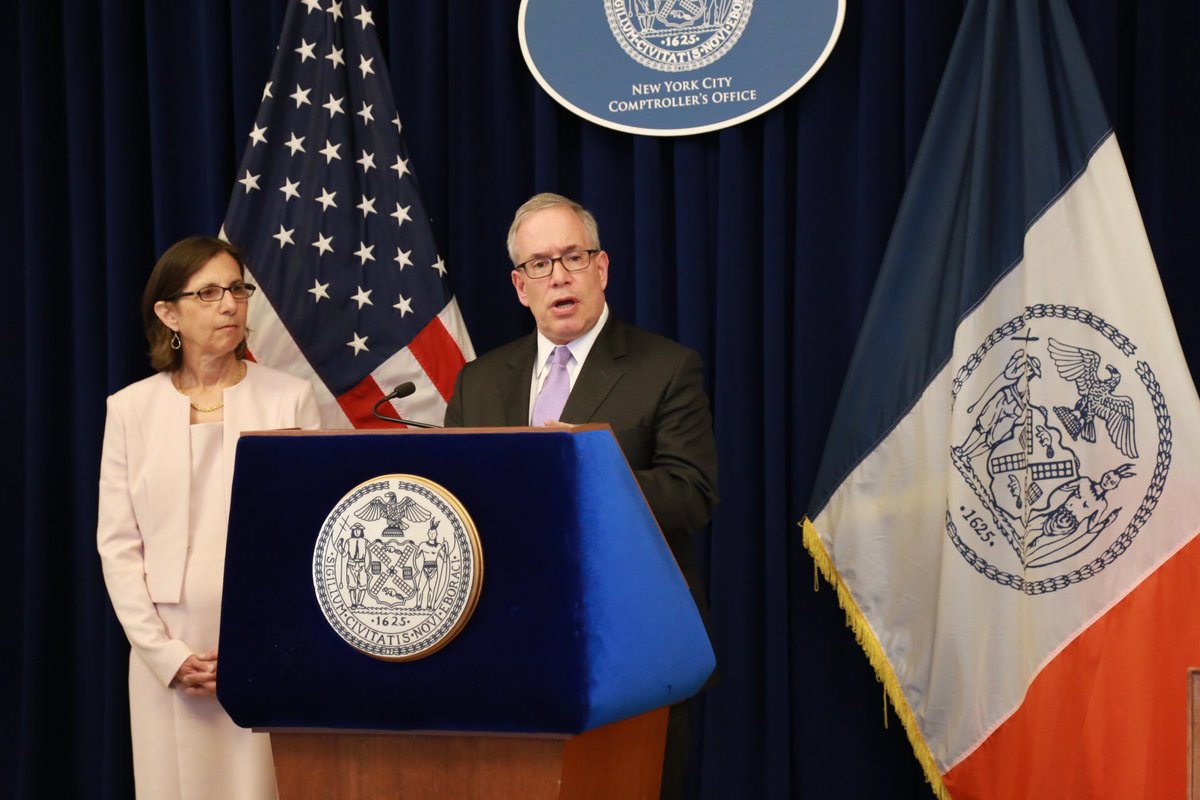 New York City Comptroller Scott Stringer is modifying the website showing city spending to include more information on sub-vendors, providing an added layer of transparency to the tool that helps shed light on hundreds of billions of dollars in city contracting. Checkbook NYC, the financial accountability portal run by the comptroller’s office with real-time data on the city’s complicated web of spending, contracts, and vendors, will get this updated starting Friday, Stringer is set to announce.

The site, which consists of a series of interactive charts and graphs displaying city agency spending and contracts, already features a dashboard of sub-vendors with information on payments by agency, contract, and primary vendor.

Stringer’s office is adding information on the number of contracts that require sub-vendor data and how many have submitted it; the number of proposed sub-vendors approved or rejected by agency chief contracting officers (CCOs); the numbers of sub-vendors at different stages of approval at each agency; and the general number of sub-contracts by prime vendors by agency.

Additionally, the entry for each individual contract will indicate whether the contractor is required to report sub-vendor information, if that information has been submitted, and where proposed sub-vendors are in the approval process.

“This is the start of the process – not the end. Right now, there’s a small amount of sub-vendor information in Checkbook. It won’t be filled overnight. Over time, we know more information will be added and we know it will yield a more open government,” Stringer said in a statement announcing the Checkbook expansion.

These sub-vendors are entities hired by a contract’s primary vendor to complete certain tasks. For example, the city’s Department of Design and Construction might hire a large construction firm to work on city-owned buildings. The construction firm, in turn, might pay consultants, engineering firms, and equipment firms as part of their city contract; these would be sub-vendors. According to data on the portal, they have been collectively paid over $450 million so far in fiscal year 2017.

CheckbookNYC was officially launched in 2010 by then-comptroller John Liu in an effort to increase fiscal transparency. It’s evolved since; this will be the third update made by Stringer, a first-term Democrat, since taking office at the beginning of 2014. An August 2014 update brought in data on contracts with the city’s Economic Development Corporation and a February 2015 update included information on minority and women-owned business and created the sub-vendor dashboard.

Not all the data will be immediately available. According to the comptroller’s office, “not every prime vendor and agency is in compliance with Citywide reporting rules.” The new feature is in part targeted at increasing reporting compliance.