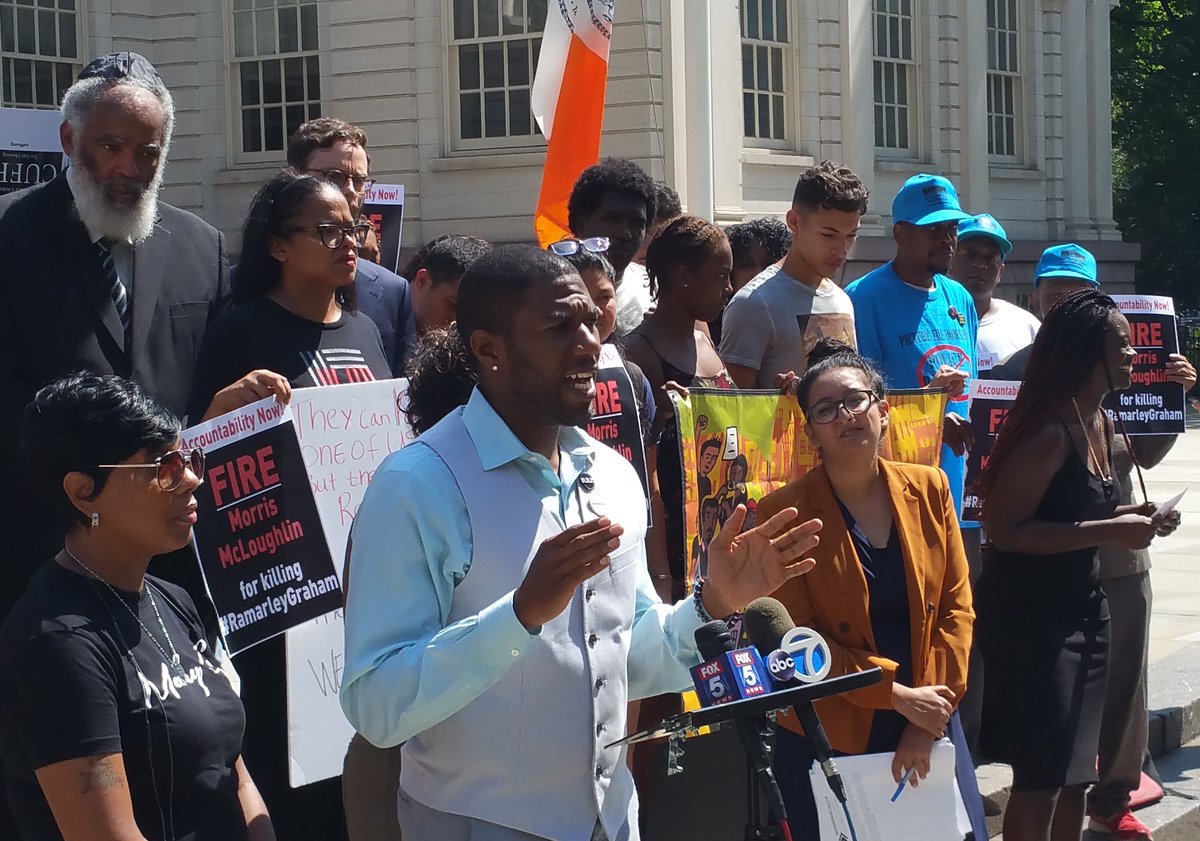 After a lengthy legislative process, a bill regarding police misconduct is likely to move through the City Council this week, beginning with a Tuesday committee vote.

The legislation (Intro. 119), introduced in 2014 by City Council Member Jumaane Williams, a Brooklyn Democrat, would require the city’s Law Department to post online, and to notify the Comptroller, the NYPD, the Civilian Complaint Review Board, and the Commission to Combat Police Corruption of, reports covering wide-ranging information on civil actions in state and federal court regarding police misconduct, and for the NYPD Inspector General to use this information to make recommendations regarding “disciplining, training, and monitoring of police officers.” The NYPD would also be required to “study determinations by judges that an officer’s testimony is not credible.”

The information required of the Law Department includes a comprehensive list of civil actions against the NYPD or individual police officers, the type of misconduct alleged in each instance, the names of the law firms representing the plaintiff and the defendant, whether or not the matter has been resolved, and whether the city paid out a settlement to the plaintiff.

“The theme of the bill is to see if we can recognize any patterns that are emerging,” Williams said in an interview with Gotham Gazette, “just in general or with particular officers, that intervention might be beneficial before something bad happens.”

Of the long legislative process for the measure, having been stuck in committee for over three years, Williams said that issues surrounding policing require sensitivity.

“There’s always issues of transparency and how much information is too much. Are we putting too much out there in a way that makes officers look bad? That’s usually what a lot of pushback is about,” Williams said. “And we always push back, ‘No, we’re trying to make policing and officers better.’”

Beyond the aim of increasing transparency about NYPD misconduct and having more data to inform decision-making, Williams also hopes that the bill itself could reduce police misconduct and “bad policing.” The NYPD has faced significant criticism for police misconduct that has led to deaths of civilians, excessive street stops (and frisks), hundreds of millions of dollars in settlements, and other negative outcomes. Officers involved in misconduct are often not held accountable to standards that many, like Williams, believe to be just.

Although the data in question is public, it is not aggregated into a report, and therefore has not been analyzed by the NYPD, City Hall, or watchdogs in order to draw conclusions for improving the department, both in terms of departmental and officer accountability, and the performance of NYPD programs and initiatives.

The legislation has been the subject of two hearings since its introduction: the first in May 2014, and the second in June 2016. Both times, it was laid over in committee without a vote. The New York City Bar Association and the Legal Aid Society have voiced support for the legislation, and its current iteration, Intro 119-D, has nine cosponsors in addition to Williams. When the bill was put on the calendar for a committee hearing this week, Gotham Gazette reached Williams for comment about the status of the bill and its apparent imminent passage.

Assuming it passes through the Committee on Oversight and Investigations, the bill will likely be voted through the full City Council on Thursday. Unlike many others, it may not be approved unanimously by the 51-seat Council that currently includes 47 Democrats, three Republicans, and vacancy.

Big settlements paid by the city often make waves. In January, a settlement was reached for the city to pay $75 million to those who were improperly issued summonses for minor offenses in order to fulfill alleged arrest quotas. The city was unable to prove probable cause in these issuances. The NYPD has consistently denied that it utilizes arrest quotas, though numerous former police officers have gone on the record to state that the department has indeed used quotas.

Smaller settlements, however, also drain the city’s finances and clog the court system. Further, a lack of transparency in terms of civil action and litigation against the department and individual officers can prevent the introduction of necessary reforms.

“Since individual damage claims are in some measure a reflection of the NYPD’s relationship to the community, the report could provide one measure of the effectiveness of NYPD’s management in achieving its goal of improving its relationship with communities across our City,” said William Gibney, director of the Legal Aid Society's Criminal Practice Special Litigation Unit, in 2014 testimony to the Council’s Committee on Oversight and Investigations. “It could help managers evaluate risk as to whether a new program or an existing practice, e.g., police vehicle pursuit, is working well or whether it is unnecessarily costing the City in terms of money paid in damages claims and relationships with the impacted communities. It could help determine whether certain precincts or certain officers need closer supervision or retraining.”

According to a report from the office of city Comptroller Scott Stringer, the city paid out $100.6 million in Fiscal Year 2016 related to tort litigation against police misconduct, about equal to the amount paid out for medical malpractice claims ($101.1 million). Civil rights claims made up $158 million in city settlements.

Over the past several years, the City Council and the NYPD have oftne disagreed over proposed legislation, though there have been numerous compromises reached, and the Council spearheaded the addition of what wound up being 1,300 officers to the force through a budget deal with Mayor Bill de Blasio.

Williams has been a noted critic of the de Blasio administration on police accountability, stating at a Thursday press conference at City Hall that the current administration was “worse than the Bloomberg administration” and that he had not decided on whether he would endorse de Blasio, a fellow Democrat, for reelection.

“I think the NYPD has done more on reform than they get credit for,” he said. “And that’s because on police accountability and transparency, that’s just not the case. Just isn’t true.”