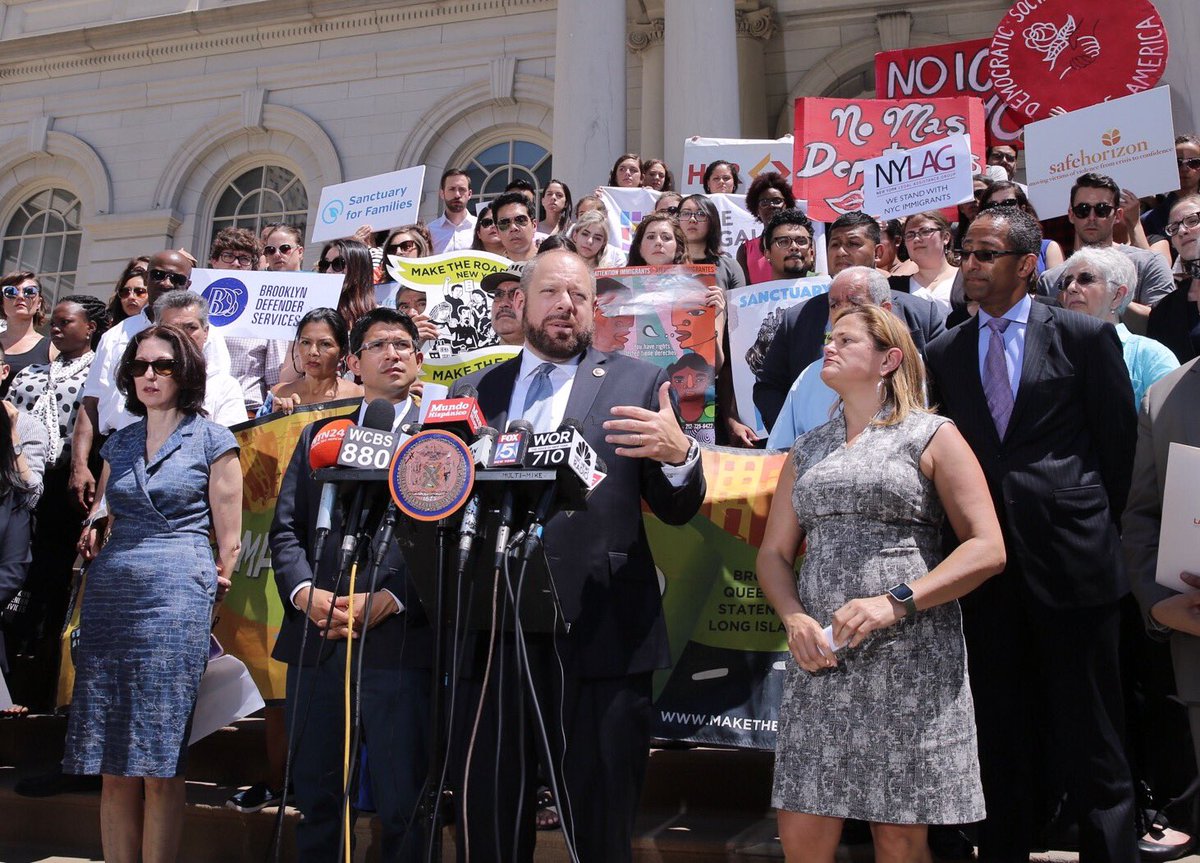 The City Council’s Courts and Legal Services Committee held an oversight hearing on Monday dedicated to New York’s Integrated Domestic Violence Courts, a program designed to increase accountability and responsiveness to domestic violence victims in the legal system by combining the different courts one might interact with in a domestic violence dispute into a single court, with a single judge handling a couple’s or family’s multiple cases, including criminal, custody, and visitation cases.

These courts are a piece of the larger picture of efforts to fight, prevent, and punish domestic violence in New York City.

As noted at the hearing, even as crime has fallen substantially in New York City, reports of incidences of domestic violence have risen, “both in total number and as a percentage of total crime,” according to a briefing paper for the hearing prepared by the City Council. The Mayor’s Office to Combat Domestic Violence reports that the NYPD responded to 91,600 domestic violence calls involving intimate partners in 2016, a 22.6% increase over 2015.

Some attribute increases in reports to encouragement of such reporting and steps taken to educate people, especially women, about their opportunities to report abuse and resources available to victims. While it is still a challenge, the stigma around reporting domestic violence has been reduced.

City Council Member Rory Lancman, the chair of the Committee on Courts and Legal Services, led the hearing and was at several points the only elected official in the room.

“Every act of domestic violence ripples out to affect our city -- it leads to homelessness, health problems and hospital visits, police interventions, lost jobs or missed time, not to mention its effect on children’s wellbeing and education,” Lancman said. “How our City manages the legal proceedings associated with domestic violence cases plays a major role in determining the services victims receive and how we are able to hold perpetrators accountable.

Lancman also specifically noted the importance of the IDV courts in his remarks.

“For the better part of two decades now, New York’s Court system has been on the forefront of the movement to provide specialty courts to handle domestic violence cases. It is our responsibility to ensure the operations of DV and IDV courts, and the services they provide, are excellent no matter what the charge or court families end up in.”

In November 2016, Mayor Bill de Blasio announced a task force on domestic violence, co-chaired by his wife, Chirlane McCray, and Police Commissioner James O’Neill, to develop recommendations for how to comprehensively deal with domestic violence in the city. The Task Force submitted its initial report to the mayor in May, with a host of recommendations encompassed within four main areas: expand child and youth prevention and intervention; enhance criminal justice responses; strengthen New York City communities; and improve citywide coordination to maximize results.

The de Blasio administration had two officials testify Monday, discussing IDVs in the larger context of the city’s efforts to fight domestic violence.

At the hearing, the ways in which IDVs benefit the system were discussed several times, but much of the focus was on reforms that could be made to the IDV system. For instance, despite increased attention upon individual cases across multiple legal disciplines, a 2010 Harvard study, cited by the committee, found that “protective orders took longer to process and issue in IDV courts, and were not significantly more likely to be granted compared to those filed in Criminal Domestic Violence Courts.”

Further, IDVs suffer from a chronic lack of resources, according to experts who testified to the committee. Lindsey Wallace, of Sanctuary for Families, testified regarding the poor resource allocation negatively impacting IDVs, despite casting Brooklyn’s IDV system as a “national model.”

“Many of the critical services IDVC judges wish to order for these families are not available, or there are lengthy waiting lists,” Wallace said. “Of the most critical importance is the need for institutional providers of supervised visitation.”

Supervised visitation refers to allowing parents involved in a domestic violence dispute the opportunity to see their children, who may have been taken away from them, under close supervision. This is one of the most sensitive areas in domestic violence policy, as parents will often be desperate to see their children, but a lack of services to facilitate these visits can cause a backlog in supervisors.

Supervised visitation emerged as possibly the most prominent of the resource problems according to those testifying before the Council committee on Monday. Esther Morgenstern, a Kings County Supreme Court judge who presides over Brooklyn’s IDV court, gave a similar diagnosis to Wallace’s.

Other areas of potential IDV reform were also touched upon. Kathleen Daniel, a domestic violence survivor and advocate, noted that there is a “lack of integration for DV families outside of criminal court,” referring to the degree to which relevant information is shared between entities like courts and legal services. IDV is, according to Daniel, the only integrated step in the court process for domestic violence.

Daniel further recommended that renewing restraining orders should be made easier and pressed for a “mandated mediation program” of one to two years “to ensure co-parenting and the best interests of children are the priority.”

Representing the de Blasio administration Monday were Elizabeth Dank of the Office to Combat Domestic Violence and Nicole Torres of the Office of Criminal Justice. Dank and Torres discussed IDV courts in the context of the administration’s larger push for domestic violence policy reform, such as the large number of families involved in disputes who utilize family justice centers during the legal process, a count of 62,000 in 2016.

Lancman, the chair of the committee, asked Dank about the apparent problems with enough resources for supervised visitations. Dank discussed a program through Safe Horizons, a victim assistance organization, in partnership with the federal government, to provide a grant for supervised visitation in Queens, as well as other programs that she did not specify.

“We agree that this is something that needs additional resources, and so we are looking at that matter through the task force currently,” said Dank. The de Blasio administration is expected to make a series of announcements in October, which is Domestic Violence Awareness Month, as it did last year.

Lancman also asked Dank about why some more serious offenses, in most cases felonies, do not end up in front of IDVs where these cases could receive more individualized attention. In other words, the more serious the case, the more likely it is to have to go through even more judicial bureaucracy, as opposed to non-felony offenses, which more often land in an IDV.

Dank shifted back to resources, stating that the administration’s aim is, regardless of the seriousness of the offense, to ensure that resources are available to families going through the process.

While many areas in need of reform or improvement were noted, the positives of IDVs were not lost on those testifying Monday. A large benefit of IDVs is the streamlining of the legal process for domestic violence victims and their families.

“If you go into family court just to file for custody or for an order of protection,” said Judge Morgenstern, “your return date on proof of service could be three months. In my [court], when there’s an arrest, and a match is made, within two weeks you’ll be before the IDV court. So, IDV, the fact that we’re looking at all of the cases brings the issues before the court much quicker.”