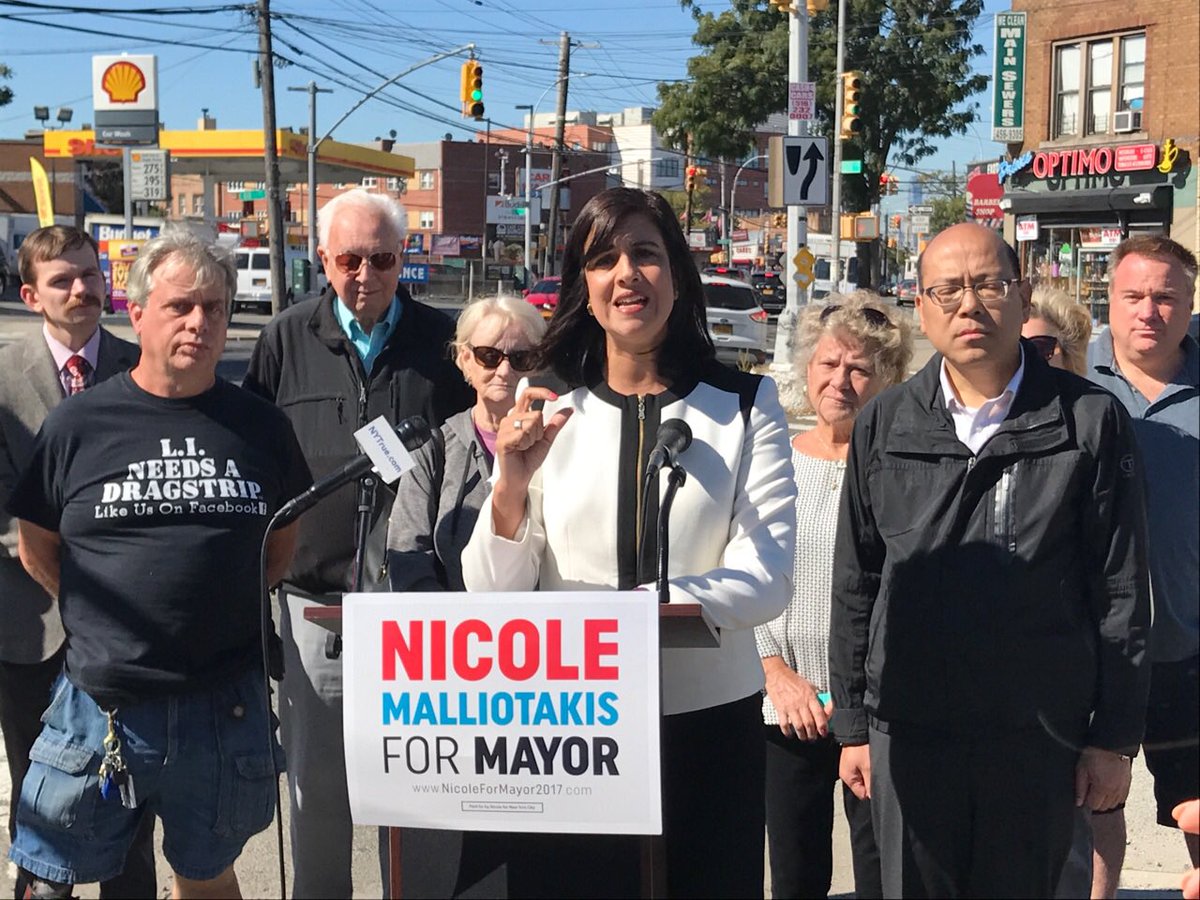 During the first general election mayoral debate on Tuesday night, the substance was often overshadowed by the yelling, whether from the crowd or the candidates, especially Bo Dietl. Nevertheless, there were a series of policy-oriented questions posed to the candidates and multiple instances where responses from Mayor Bill de Blasio, a Democrat seeking re-election, and Nicole Malliotakis, a Republican Assembly member, were vague or significantly insufficient.

On issues like school segregation, mass transit funding, and street congestion, de Blasio gave answers he’s been giving that are each lacking in different ways. There is much about the mayor’s stances on issues, reelection platform, and debate answers that needs further discussion.

But for Malliotakis, widely seen as de Blasio’s main challenger, especially given the dynamics at play during the three-way debate on Tuesday, the televised contest was her opportunity to introduce herself to more voters, make an impact, and gain new momentum in a race that is seen by many as a foregone conclusion of four more years for de Blasio. Early polling indicates that the mayor is indeed gliding toward a second and final term.

Malliotakis, a boxer who strapped on the gloves in her first campaign ad, landed a significant number of body blows to the mayor during the debate, as she has throughout her campaign, though de Blasio has not shown signs of wobbling as of yet. Where Malliotakis has been less than impressive and was again at the debate, however, is in presenting her own ideas and policy plans for where she will take the city if elected.

In that vein, several of her debate statements required follow-ups.

Malliotakis showed at the debate that she does not have plans in four major areas: school desegregation, property tax reform, slicing the city’s ballooning budget, and affordable housing. The first does not appear to be on her radar, but she has long made property tax reform and budget growth areas of focus in her attacks on the man she’s pitching to replace. Malliotakis regularly calls the property tax system inequitable and has criticized de Blasio for not addressing it (he has indeed been delinquent on this topic, promising to tackle it in a potential term two), while she has also beat the spending drum over and over, but can only name a drop in the $85 billion bucket for what she would cut: some of the “special assistants” de Blasio has hired so many of during his term.

And, perhaps the most exasperating for those looking for policy proposals from her, affordable housing, recognized by many, including the candidate herself, as a crisis in the city, yet one she has only railed about, without offering much beyond a call for doing more city business with nonprofit affordable housing developers.

A spokesperson for Malliotakis said that she will be releasing an affordable housing plan before the election and that she will be having a “property tax news conference” on Thursday, October 26. (Malliotakis has called for a cap on property tax increases, and voted for one in Albany, though it has not passed her chamber, which is controlled by Democrats.)

On budget cuts, the campaign did not offer a response.

As for school desegregation, Malliotakis addressed a question from moderator Errol Louis of NY1 by discussing the need for metal detectors in schools and her support for charter schools. Asked on Wednesday if Malliotakis believes anything should be done to desegregate the city’s highly racially segregated schools, the campaign offered no response.

Malliotakis has more clear proposals on mass transit funding and fighting congestion than she made clear at the debate, possibly because she was either interrupted by Dietl and audience members or somewhat thrown off by the general course of the debate. Either way, she did not make clear that she wants the city to commit half of the funding for the MTA emergency subway action plan and if she supports moving toward some version of congestion pricing. But, she has in the past expressed support for using some of the city’s surplus funds to provide the MTA with that money, which de Blasio has refused to do, and for the Move New York congestion-fighting plan. Her campaign confirmed these positions on Wednesday. On the Move New York plan, her campaign said she likes it, but is “keeping an open mind.” Governor Andrew Cuomo is expected to put forth his own version of a congestion pricing plan in January.