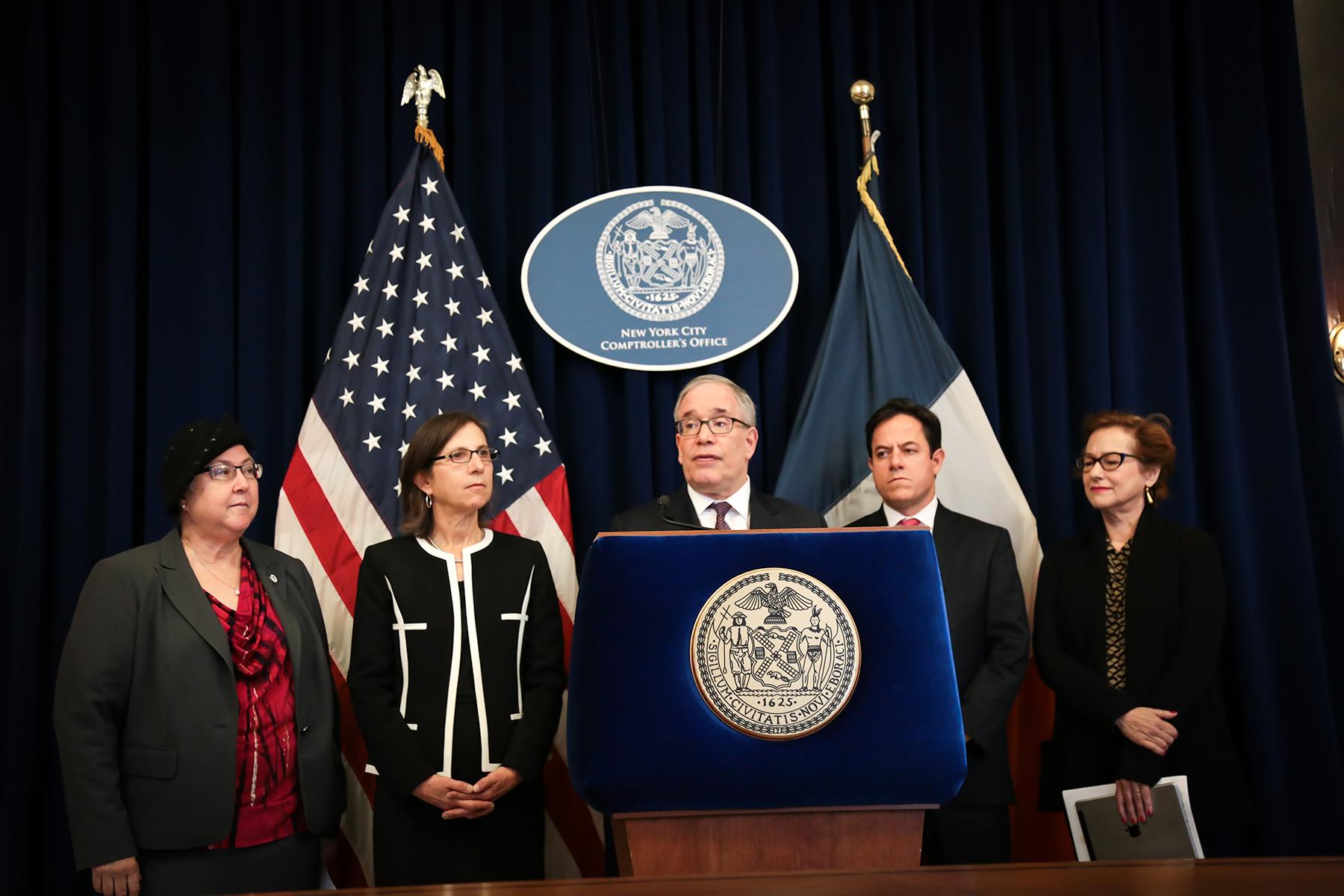 Just four days before voters head to the polls on Tuesday, November 7, New York City Comptroller Scott Stringer released a damning report highlighting the dysfunctional election operations of the New York City Board of Elections, a quasi-city agency that administers elections in the city.

Stringer’s audit was launched in response to the BOE’s purge of more than 117,000 voters from the rolls in Brooklyn last year, ahead of the April presidential primary. The purge prompted widespread outrage, triggering an investigation by the state Attorney General’s office and a lawsuit by Common Cause New York, a good government advocacy group. The BOE recently admitted to violating federal and state law in the case and agreed to implement reforms.

Following the purge, auditors from the comptroller’s office monitored 156 poll sites over the course of three subsequent elections in 2016 -- the congressional primary in June, the state legislative primary in September and the November general election -- and found that 90 percent of the sample sites showed significant problems ranging from severe violations of election law to inadequate poll worker training and lack of access for people with disabilities.

“We have uncovered deep dysfunction,” Stringer said at a news conference Friday where he released the report.

At 82 sites, about 53 percent, auditors witnessed violations of federal and state election laws and also of the BOE’s own rules. At 14 percent of sites, affidavit ballots were mishandled, and at 10 percent of sites, voters received no assistance when they faced issues. Some poll workers even engaged in electioneering, telling voters which candidate to vote for. Stringer even singled out an “outrageous instance” in which a poll worker failed to notify a voter that their valid ballot had been rejected by a scanning machine. The ballot was marked void.

The BOE failed to adequately staff poll sites, Stringer said, leading to “organizational and logistical chaos” at about 118 sites, or 76 percent. At one site, 41 percent of assigned poll workers did not show up, he noted. Stringer did emphasize that the blame does not fall on poll workers who are “overworked, undertrained and underpaid” and must work nearly 17 hours straight on election days (the state launched a pilot program this year to allow half-day shifts for polling workers). “These are, at their core, the failures of the Board of Elections,” he said.

The audit found that 45 out of 156 polling sites failed to provide adequate assistance to voters with disabilities, with one out of ten sites being inaccessible. “It’s time to own up and fix the voter purge we see in every election,” Stringer said. “This purge happens under the radar...If we’re gonna have participatory democracy, we’ve got to get rid of the barriers to participating in voting.”

New York has notoriously antiquated election laws and consistently lags behind most other states in voter turnout. The state ranked 41 of 50 for turnout in the November general last year. (In the city, which has seen a relatively tame election season this year with many incumbents running for reelection, only about 440,000 voters cast a ballot in the September 12 Democratic primary for mayor, just 14% of registered voters.)

“The right to vote is a bedrock of our democracy, unfortunately our own New York City Board of Elections too often makes it harder for us to exercise those fundamental rights,” said City Council Member Dan Garodnick at Friday’s news conference.

Garodnick called attention to another BOE failing, one he attempted to fix through legislation. For the September 12 primary, the BOE changed poll sites from last year for more than 200,000 voters but did not post notices to inform voters, as required under a law sponsored by Garodnick and passed by the City Council last year. “The Board of Elections does not have the right to pick and choose which local laws it is going to follow,” Garodnick said.

Susan Lerner, executive director of Common Cause NY, said the comptroller’s audit “sadly confirms” problems over which good government organizations have long cried foul. “The barriers to voting which incompetence sets up, as the comptroller pointed out, are simply unacceptable,” she said.

Stringer’s report recommended that the BOE implement broader reforms, particularly for poll workers, including more hours of poll worker training, increased poll worker pay, and evaluating the pilot program on half-day shifts. “We haven’t had a new idea on how to run an election in this town in a hundred years, it’s ridiculous, it’s not sustainable,” Stringer said.

“The Comptroller’s audit report once again confirms that the Board of Elections consistently fails the voters in exercising their right to vote,” said Seth Stein, a City Hall spokesperson, in an email. Stein said it was “shameful” that the BOE had to be forced by the courts into accepting reforms, and insisted that the agency needs to be restructured. While the BOE has city jurisdiction, it is controlled by state law, and is not answerable to the mayor.

Stein reiterated that the BOE had refused to accept an offer of $20 million from de Blasio last year as an incentive to reform its operations. “It is essential that they do so now,” he added.