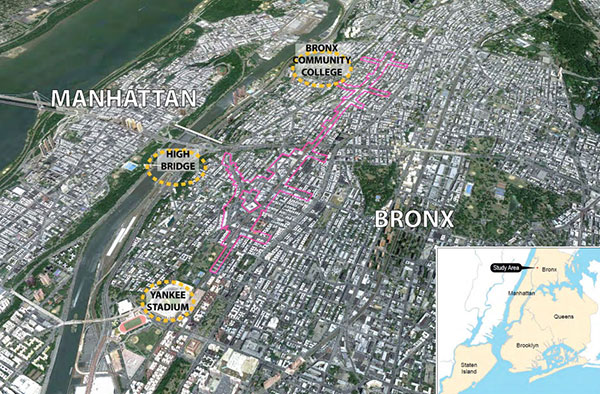 The City Planning Commission voted January 17 to approve a comprehensive rezoning plan for the Jerome Avenue corridor in the Bronx, putting the proposal before the City Council for scrutiny in the final stretch of the lengthy land use review process. The rezoning would follow four others ushered through by the de Blasio administration as it somewhat controversially seeks to add housing density, including thousands of new affordable units, and make other investments in mostly low-income communities across the five boroughs.

The Jerome Avenue Neighborhood Plan put forth by the administration with local input envisions changing land use regulations in a 92-block area along Jerome Avenue, from East 165th Street to 184th Street, which currently comprises a mix of commercial, industrial, and residential space. The proposed plan would allow mixed-use development along the corridor with the intent of creating more affordable housing, while also funding new infrastructure, quality-of-life improvements, job creation, and economic development initiatives for the community.

While a deal appears imminent and the clock is ticking, negotiations are ongoing between the administration and City Council Members Vanessa Gibson and Fernando Cabrera, whose districts span the proposed rezoning and who will have the final say in whether the rezoning is approved. Gibson, Cabrera, and Bronx Borough President Ruben Diaz, Jr. met recently to discuss the changes to the plan that they want to see before it is passed by the Council.

The City Planning Commission’s approval of the plan started the 50-day clock for the Council to accept or reject the proposal. The entire body typically votes with the local Council member(s) on land use issues and has rarely overridden a member’s position. The Council’s subcommittee on zoning and franchises is expected to hold a public hearing on the rezoning on Wednesday, February 7.

“It is and has been very fruitful,” Gibson said of the negotiation process, in a phone interview on Thursday. But there remain a few big ticket items that have yet to be resolved, she said, including preserving more affordable housing and expanding school capacity to deal with the expected increase in population from new housing created under the plan. 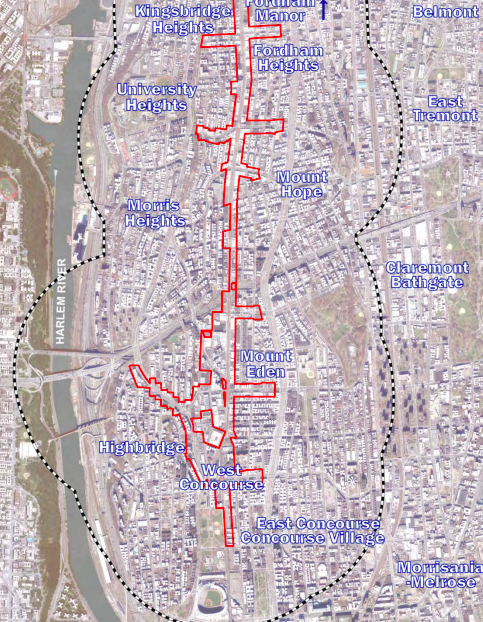 The city has promised to create 4,000 new housing units in the rezoned area, which will include affordable units set aside for different income bands under the city’s Mandatory Inclusionary Housing policy. The administration is also planning a Certificate of No Harassment pilot program to prevent tenant harassment and displacement, and will guarantee that half of new housing units created by the Department of Housing Preservation and Development will go to existing residents. Additionally, it has committed millions of dollars for infrastructure improvements -- including $4.6 million to revamp Corporal Fischer Park; $4 million to rebuild the Morton Playground; sidewalk lighting; and security upgrades -- and jobs and business development plans through the Department of Small Business Services

As is, the plan will also preserve 1,500 affordable units, a number that Gibson wants to see increased to 2,500 to cope with the gentrification pressures that neighborhoods targeted for rezoning have come to expect. She emphasized that many affordable units currently in those neighborhoods will see their city rent subsidies expire in less than a decade, and that the administration should take preemptive action.

“The city has a very good opportunity to engage those landlords on new programs and tax incentives so they can remain in the affordability program and access some of our resources for the next 30 or 40 years,” she said. “Now if we go over 2,500, I’m not mad. But I think 2,500 should be the floor.”

As with other rezonings that have been approved in the last three years, Gibson expressed larger concerns about displacement of existing residents as zoning changes bring additional density and improvements to the communities along Jerome Avenue. But she maintained that, unlike other areas that have seen luxury developers quickly move in to capitalize on a proposed rezoning, Jerome Avenue will likely not see market-rate housing being built in the short term.

“People are fearful, they have a right to be fearful, but the market in Jerome does not propel luxury housing right now,” she said.

Gibson predicted that recent increases in the minimum wage and residents getting prevailing-wage and union-wage jobs will eventually lead them to be ineligible for deeply affordable housing as they start to earn more than 30 percent of the Area Median Income (AMI), a federal measure that includes surrounding suburban counties and the city. The New York City region’s AMI in 2017 was $85,900 for a family of three. Gibson insisted that the MIH set-asides should therefore include additional moderate and middle-income housing.

“It has to be a diverse mixture of incomes, obviously with the majority of those incomes being on the lower end at 30 and 40 percent of AMI as well as set asides for formerly homeless families coming directly from the shelter,” she said.

Jerome Avenue is the latest proving ground for the administration’s neighborhood rezoning efforts, which are part of achieving the mayor’s target of creating and preserving 300,000 units of affordable housing across the city by 2026. The first such rezoning, in East New York, largely set the tone, with the local Council Member, Rafael Espinal, having extracted a slew of concessions from the administration including a new 1,000-seat school and about $267 million in capital investments. Diaz Jr. and the two Bronx Council members are working off of a similar script, as was the case with rezonings in East Harlem and Far Rockaway.

Diaz Jr. signed off on the city’s plan in November, granted the city meet certain conditions that he laid out in his non-binding formal approval in the Uniform Land Use Review Procedure (ULURP), a multi-step process that also involves non-binding votes by the affected community boards, which also approved it with conditions.

The borough president said in his response that the city had “acted in good faith” in listening to the community’s concerns. But he maintained, “There is still more work to be done.” He called on the city to put in place a minimum of their monetary commitments before the rezoning is approved, an increase in the number of affordable housing units preserved to at least 2,000, enhanced enforcement of housing codes, the establishment of a new community center in Highbridge, and additional funding for improvement of parks and transit infrastructure.

Jerome Avenue is also home to a large automotive industry, and Diaz Jr. urged the city to identify locations where displaced facilities could relocate as well as fund relocation, training, and certification for those businesses. Gibson has made similar demands. The city’s plan would only retain about 20 percent of the 151 auto businesses in the neighborhood, she recently told Gotham Gazette at City Hall, and she is pushing to retain at least 50 percent.

Diaz Jr. also insisted that the city must address the school seat shortage in the district -- roughly 3,248 seats -- by identifying potential sites for new facilities. That is one of the biggest priorities for Gibson and Cabrera as well. Gibson said she and her Council colleague are pushing for two new elementary schools in school districts 9 and 10.

“The challenge we face is we don’t have large parcels of city-owned land,” she said, emphasizing that the administration will have to work with private landowners to find suitable locations for new schools, while also expanding capacity at existing facilities that can bear it.

“A school that we build of 500 seats is going to help us now but it wont help us in the future if we’re looking at potentially 4,000 units of housing,” she said. “So there has to be some give and take.”

Gibson is confident about securing that pledge from the city before the Council votes on the project. “We’ve been very consistent on what our priorities are and, at the end of the day, we are working as hard as we can to achieve that. I do know that the admin in the past typically waits until the very end to make all of their commitments and announcements and to the best extent that I can, I’m trying to avoid that because I don’t like to operate last minute.”

Asked about the final stages of negotiations, a spokesperson for the Department of City Planning said in a statement, "We continue to work hand-in-hand with local elected officials and community leaders to build and protect affordable housing while also boosting economic vitality along the Jerome corridor."