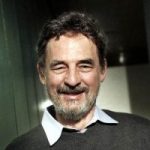 John Mollenkopf has been studying and writing about New York City politics and government for decades. Mollenkopf, who is a distinguished professor and director of urban research at the CUNY Graduate Center, joined the podcast to analyze Mayor Bill de Blasio's 2018 State of the City speech, and assess where de Blasio is in his quest to make New York "the fairest big city in America." While he calls de Blasio a friend and agrees with much of the mayor's approach, Mollenkopf gave clear-eyed assessments of de Blasio's speech and politics, while also helping to put de Blasio's tenure, speech, and policies in historical perspective.

Listen to the full conversation and let us know what you think -- we're on Twitter @TweetBenMax and @JarrettMurphy. You can listen to the episode through the embedded audio below or download the episode wherever you get your podcasts.