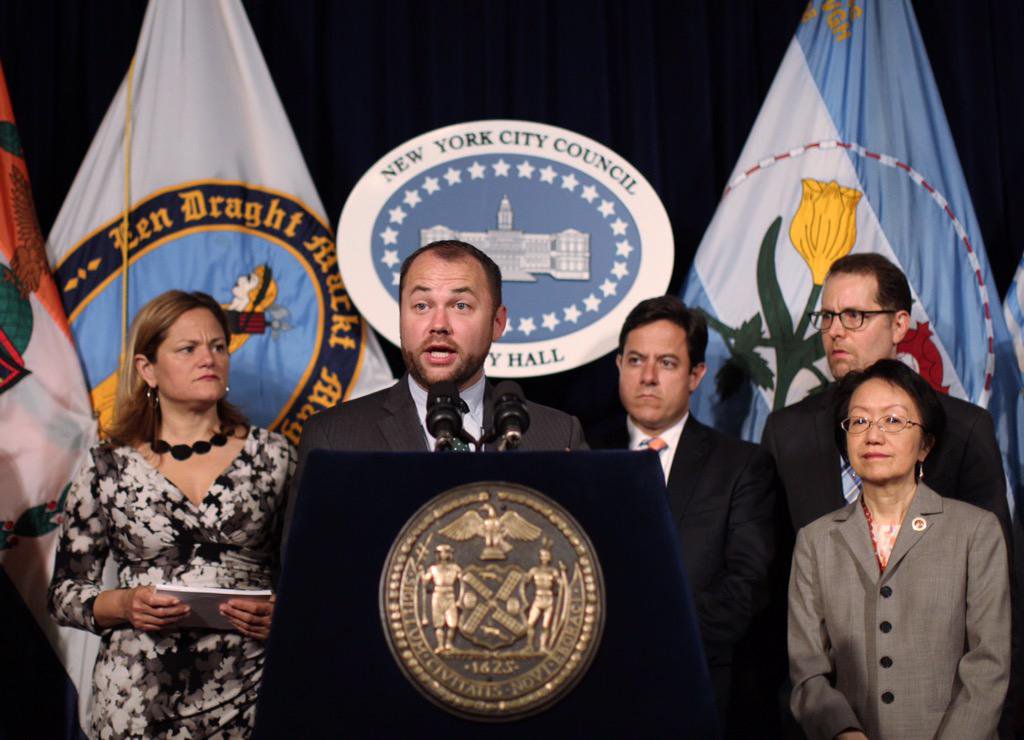 The Manhattan Democratic County Committee is dropping a lawsuit against the New York City Council over a nomination for a commissioner to the Board of Elections.

In December, the Manhattan Democratic Party, led by Chair Keith Wright, filed a legal challenge against then-Speaker Melissa Mark-Viverito’s attempt to confirm her preferred candidate to a Manhattan BOE commissioner seat over the county party’s choice. A lawyer for the Manhattan Democrats told Gotham Gazette on Friday that Wright and new Council Speaker Corey Johnson had come to an agreement and that Wright had instructed the lawyer to drop the suit.

The BOE has ten commissioners, one Democrat and one Republic from each of the five boroughs, who serve two-year terms and are selected through the political party machinery. Current Manhattan Democratic commissioner Alan Schulkin’s term ended in December 2016 but he has continued to serve on the board since the City Council has yet to choose his replacement.

In late 2016, the Manhattan Democrats nominated Jeanine Johnson, an aide to Wright, to fill Schulkin's seat. But the Council did not act on the nomination, after which state law allowed the Council's Democratic conference to choose their own nominee. In November 2017, the Manhattan Democrats chose another nominee, lawyer Sylvia DiPietro. But Mark-Viverito chose instead to advance her own candidate, environmental lawyer Andrew Praschak, over the wishes of the county, leading to the lawsuit. Mark-Viverito and Wright are known to not get along, and the Manhattan Democratic Party is known as particularly lacking in cohesion compared to other boroughs.

The City Council has traditionally toed the county line on nominations to the BOE and the entire body usually votes along with the county's choice. Praschak's nomination was far more complicated. Council Members from Manhattan at first refused to vote on Praschak, insisting on interviewing him and other candidates. After interviews with both DiPietro and Praschak, the latter emerged as the preferred nominee. But a second attempt to vote on Praschak’s nomination also failed when most Democratic Council Members from other boroughs did not show up, meaning the conference could not get a necessary quorum. To some, this indicated that other county leaders were pulling weight to help Wright.

The Manhattan Democrats’ lawsuit was filed December 4, soon after the failed vote attempts to install Praschak. On December 19, the Manhattan Democrats won a preliminary injunction in their suit against the Council, which was lifted after the Council appealed. But the lawsuit was successful in forestalling a vote till the Council’s term ended and Mark-Viverito’s tenure with it. A resolution fell to the new class of the Council under new Speaker Corey Johnson, who, unlike Mark-Viverito, ascended to the speakership with support of the major county party leaders in the Bronx and Queens.

Arthur Schwartz, the lawyer for the Manhattan Democrats in the lawsuit, told Gotham Gazette that Chair Wright and Speaker Johnson had decided to move forward without a lawsuit hanging over the process. “[Keith Wright] said they’re sorting it out but he wanted me to discontinue the lawsuit,” Schwartz said in a phone interview on Friday afternoon.

Schwartz said he would be sending a “stipulation of discontinuance” later that afternoon to the Corporation Counsel’s office, which is representing the City Council in the lawsuit.

Reached by phone, Wright said, “I’m not ready to comment on anything at this time.”

Robin Levine, a spokesperson for Speaker Johnson, said in an email that she “can't comment on pending litigation.” Mark-Viverito did not respond to a request for comment.

It’s unclear if the nomination of DiPietro will go forward as Wright and Johnson continue to negotiate. “That’s up to them,” Schwartz said. “It’s something Keith’s gotta work out with the Speaker.”

“It’s a friendly relationship,” he said of the two, contrasting it with Mark-Viverito’s dynamic with Wright. “I wouldn’t say that was friendly at all.”

Manhattan Council Member Ben Kallos, who supported Praschak’s nomination after hearing DiPietro voice “misplaced” concerns about voter fraud, said he is hoping to see a reformer on the board. The current commissioner, Schulkin, has also faced criticism in the past for expressing similar unfounded sentiments about voter fraud in the city and the need for voter identification.

Kallos, former chair and current member of the Council’s governmental operations committee, which has some oversight of the Board of Elections, is concerned with election administration in the city, which falls under the 10 BOE commissioners as well as the executive director, Michael Ryan, and staff. The notoriously dysfunctional BOE is governed by state law, and there have been perpetual calls for modernization and professionalization of the board, including removing party politics from the commissioner appointment process. Johnson is opposed to such a reform, but has said he wants to see election administration improved.

“I look forward to working with the new Manhattan delegation chairs and the speaker on getting somebody committed to reform on the BOE,” Kallos said in a phone interview. “Whether its Sylvia DiPietro or another nominee, I hope they’re more concerned with not having lines on Election Day and with a smooth voting process rather than non-existent voter fraud.”