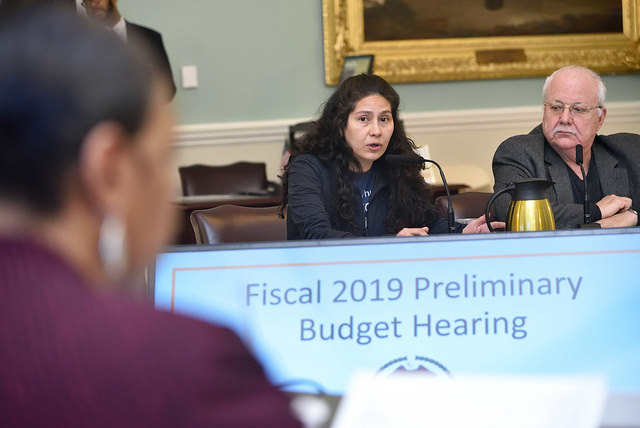 Community boards need more money. That was the overarching message provided to the City Council’s Governmental Operations Committee by two district managers for Manhattan community boards at a preliminary budget hearing on Monday.

The mayor’s $88.7 billion preliminary budget for fiscal year 2019, which begins July 1 of this year, outlines $17.4 million in total funding for all 59 community boards, which are local panels of community members appointed by the borough presidents and serving in unpaid and largely advisory capacities to improve their neighborhoods. The responsibilities do not carry the weight of a binding vote, but do carry an influential advisory opinion on matters ranging from land use, budgeting, and liquor licenses.

Each board receives around $234,000 in “base allocation” for operating costs, as well as a variable amount in rent depending on space requirements and location. The district managers -- full-time community board employees -- argue that this is not nearly enough.

“We ask the Council to consider an increase in the annual budget of community boards,” said Angel Mescain, district manager of Manhattan Community Board 11 in East Harlem, in testimony to the committee, “to support the vital role they play in planning and quality of life advocacy for their communities.”

Community boards are perpetually understaffed, many argue, as they attempt to consider major issues and decisions facing their communities. The 51 elected City Council members typically have sizable taxpayer-funded staffs that can help members navigate the city’s dense bureaucracy and serve constituents. On the other hand, Mescain noted that his community board has enough resources for three full-time staffers and one part-time staffer. Lucian Reynolds, the district manager for Manhattan Community Board 1 in Lower Manhattan, gave a similar prognosis.

Reynolds, who joined CB1 in February after working for Manhattan Borough President Gale Brewer, said that the understaffing leads to issues not receiving their due time and consideration, with problems going unresolved or being inadequately resolved as a result.

“Community boards must decide whether they wish to narrow the roles of office staff towards land use and policy as CB1 has done over the years,” he said, “or to instead focus on constituent services as many other boards must do.”

As largely local advisory councils, community boards closely study issues and consider challenges and opportunities in neighborhoods. Without experts on staff, they also often rely on borough president offices, the City Planning Commission, and the local City Council member. The boards often try to influence those very officials and entities as well, attempting to reach community consensus on contentious issues. Community boards across the city vary in terms of their activity, acumne, and approach to local issues like development, bike lanes, and more; and the interest of local residents in serving on them also varies widely. Community boards are often derided as being packed with "NIMBYs" or people who always say "not in my backyard" to things like taller buildings and homeless shelters, or even integration of schools. Approaches vary widely.

But the boards say they face perpetual staffing shortages and a lack of funds for basic amenities offered to other levels of government, such as technical support around live-streaming meetings and putting information out on social media.

The Council members present at the hearing for the community board panel -- Fernando Cabrera, Kalman Yeger, and Adrienne Adams -- have all served on community boards and heaped praise upon them, stating that they intended to secure greater funding.

“The amount of work that communities do is the best investment we could make for the dollars that we invest in the city,” said Cabrera, the governmental operations committee chair and a former member of Bronx Community Board 7. “And it has a direct impact in our community.”