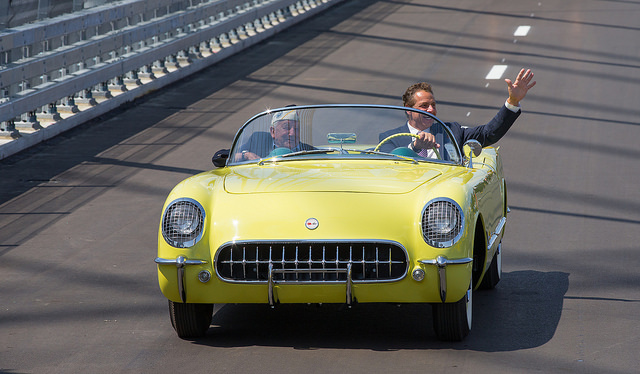 Though Governor Andrew Cuomo has expressed support for instituting a congestion pricing program to reduce street congestion in Manhattan and create a dedicated source of revenue for the Metropolitan Transportation Authority (MTA), and said that he is fighting for such a scheme in state budget negotiations, the governor has recently indicated that he may only be able to win a modest first step, raising the ire of those expecting more.

“Congestion pricing doesn’t happen in one fell swoop,” Cuomo said on WNYC radio last week, acknowledging that the sole component of congestion pricing likely to make it into the budget due by April 1 is a surcharge on taxi and for-hire vehicle rides. “There are phases to the congestion pricing and I’m cautiously optimistic that we could start the process.”

On Wednesday, Cuomo told reporters in Albany that the state is “taking first steps towards congestion pricing” by including the surcharge on rides in taxis, black cars, and app-based services like Uber and Lyft. Those charges were part of the first of three phases to a congestion pricing plan proposed by the “Fix NYC” panel Cuomo had put together last year. The governor never fully embraced the recommendations publicly, but has said he’s “pushing that very hard,” in negotiations with the Democratically-controlled Assembly and Republican-controlled Senate, both home to significant skepticism.

“The congestion in Manhattan is incredible and if you want to fix the subways you need a long-term funding stream,” Cuomo said. “There is no magic.”

But many, including City Council Member Brad Lander, have voiced frustration with the likely lack of a comprehensive congestion pricing plan in the budget. “This is a classic bait-and-switch,” the Brooklyn Democrat said Tuesday during a phone interview with Gotham Gazette. “If the governor is the least bit serious about the reality that we need long-term congestion pricing, and not just the FHV [for-hire vehicle] bait-and-switch, then he’ll insist in getting that money in the budget.”

Lander, who had predicted such a possibility in January on social media, added, “Had [Cuomo] been serious about real congestion pricing, instead of appointing the Fix NYC commission and not following their report by not putting it in his budget, and made it a real top priority and put it in his budget, then it would have had a chance, I believe.”

Lander said that the insufficient effort toward including a more complete congestion pricing plan was yet another example of nearsighted political maneuvering in Albany standing in the way of implementing effective policy.

“Every year, for many years, politicians in Albany made decisions that seemed good in the short-term: to borrow more, to put a little less in the subway. Because in the next few months, those decisions were not going to harm service,” Lander explained. “What we need is a big, long-term investment, but we’re in an election year and so the politics suggest find a way to look like you’re solving the problem while just doing a little something for the short-term.”

The governor is seeking a third term this year, and the entirety of the Legislature is also up for election in the fall.

Congestion pricing, a system of strategically tolling vehicles entering a certain geographic jurisdiction, has long been regarded as the right policy for New York City, according to the lion’s share of transit experts and advocates and editorial boards, as well as some city elected officials. The policy would reduce traffic and carbon emissions, encourage commuting via public transportation, and provide a much-needed influx of funding for repairs of the MTA subway infrastructure, its proponents say.

In August 2017, as calls for officials to provide a fix to the poor-performing MTA subways reached a fever pitch, Cuomo reversed his position on the policy and said that congestion pricing “is an idea whose time has come.” In October 2017, Cuomo convened the “Fix NYC Advisory Panel,” a group comprised of elected officials, community leaders, and representatives from New York businesses, to produce a report suggesting policies.

And in January, the panel released the report. It recommended a three-year, three-phase plan including a congestion pricing proposal that would eventually mandate a surcharge of $11.52 per car to enter Manhattan south of 60th Street, and over $25 for trucks. The panel also recommended a surcharge of between $2 and $5 per ride on for-hire vehicles, such as taxis and Ubers. It also put forth a variety of congestion-reducing suggestions like better enforcement of existing traffic laws, like bans on double-parking and blocking bus lanes.

Even Mayor Bill de Blasio, who frequently labeled prior iterations of congestion pricing a “regressive tax,” changed his tune to an extent, expressing openness to the group’s recommendations, particularly noting his approval that they did not recommend tolls directly on the East River bridges.

Cuomo, however, never explicitly embraced its suggestions or promised to push for them in the budget or as stand-alone legislation. Instead, he acknowledged that the problems congestion pricing seeks to address are real, and pledged to “review it carefully” and “discuss the alternatives with the Legislature” in the ensuing months. A spokesperson for the governor, Peter Ajemian, told the New York Times that what the governor is on the verge of attaining in the state budget is in keeping with the Fix NYC plan because its congestion pricing program is also phased in.

Ahead of the April 1 budget deadline, top transit advocates questioned Cuomo’s commitment and leadership on the issue. “Where it really matters, he’s not in the game,” executive director of Transportation Alternatives, Paul Steely White, said at a rally outside the governor’s Manhattan office last week.

Asked for comment, a spokesperson for Assembly Democrats told Gotham Gazette of the for-hire vehicle surcharge, “We passed it as part of our budget proposal.”

Spokespeople for the Senate Republicans and the governor did not return requests for comment for this story. The Senate did not include even the surcharge in its one-house budget plan.

In recent days, and amid uncertainty about congestion pricing’s fate in budget negotiations, coalitions of transit, business, and technology leaders have come forward to encourage the state to enact the initiative. “Traffic congestion costs our region $20 billion every year, and the Fix NYC recommendations are the only plan on the table to address our transit crisis and get our economy moving,” said Alex Matthiessen, director of the Move NY Campaign, in a press release. Before the Fix NYC panel, Move NY had the model congestion pricing plan that was the topic of public debate and advocacy for several years. Matthiessen embraced the Fix NYC recommendations when they were released.

Julie Samuels, Executive Director of Tech:NYC, said in a press release, “New York City’s transit crisis slows down business, hinders our productivity and efficiency, and makes it harder for our companies to recruit employees. The congestion pricing plan sitting with leaders in Albany will ease congestion and, crucially, help fund our transit system.”

“We must get this done because we need a functional transit system if we want tech and business to succeed here,” Samuels continued.

While Council Member Lander acknowledged there are challenges in convincing the Assembly and Senate to agree to allow congestion pricing in the budget, he argued Cuomo did not make a genuine attempt at doing so. “When an elected leader wants to do something, they have real tools at their disposal to persuade the legislators that it’s the right thing to do,” said Lander. “And he did not do those things.”