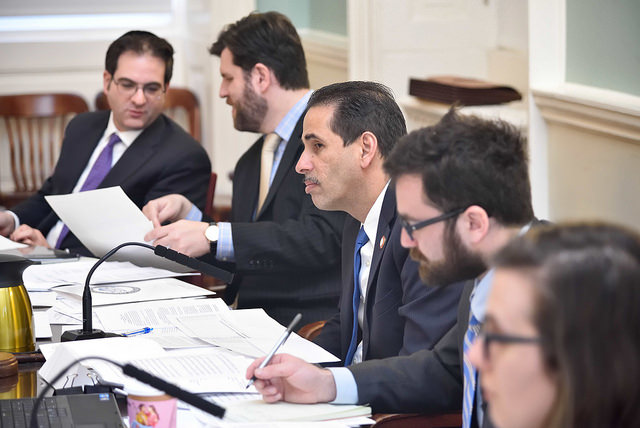 Note: The City Council passed this bill on Wednesday, April 11

The New York City Council is moving ahead with a bill to create a Charter Revision Commission to review the city charter, the city’s seminal governing document, with a committee vote on the bill set for Tuesday, and the full Council likely to vote it through on Wednesday. The Council’s commission is a separate effort from Mayor Bill de Blasio’s own commission, called by the mayor a few weeks ago.

On Tuesday, the Council’s Committee on Governmental Operations will hold a hearing on the latest version of its bill, whose prime sponsors are Public Advocate Letitia James, Council Speaker Corey Johnson and Council Member Ben Kallos (at the request of Manhattan Borough President Gale Brewer.) James and Brewer initially put forth the idea last year, and Johnson got behind the effort after being elected speaker in January, when a new Council class was seated.

The committee, chaired by Council Member Fernando Cabrera, is set to vote through the adjusted bill, which has added several measures since the first hearing in mid-March, and a spokesperson for Johnson confirmed in an email that the bill is set to pass the full Council.

The Council’s commission will have 15 members charged with analyzing the broad structure and functions of city government, and is expected to carry out its work into next year. It’s recommendations will be presented to voters in the form of referenda, which Brewer, James, and others are hoping to see included on the ballot for the 2019 general election.

Of the 15 members, four each will be appointed by the mayor and Council speaker, while one each will be chosen by the five borough presidents, the public advocate, and the comptroller. The speaker will also appoint the chair of the commission. All those elected officials have come out in support of the proposal, except for de Blasio, who has insisted on a more limited mandate for his own commission, which some suspect he organized to preempt the Brewer-James-Johnson effort. Though by law it can review any aspect of city government, de Blasio’s commission is tasked by the mayor with looking at election administration, voter participation, and reducing the influence of money in politics.

De Blasio has said he wants his commission’s recommendations on the ballot this November.

Seemingly in response to the mayor’s reluctance to join the Council’s effort, the latest version of the Council’s proposal was amended to require that appointments be made in 60 days or forfeited.

The bill also added transparency provisions which government reform advocates had called for at the March 16 hearing on the bill. The commission will be subject to the state Freedom of Information Law, and will have to maintain a website with hearing agendas and transcripts, and webcast hearings. "We are pleased the Council has made amendments Reinvent Albany favored,” said Alex Camarda, senior policy advisor for Reinvent Albany, one of the groups that testified at the Marc hearing. “This is a good sign a Council-convened commission will be open and transparent.”

Proponents of the Council’s commission envision that it will explore everything from the power of the City Council in city budgeting and over mayoral appointees to greater scrutiny for city agencies and the role of communities in the city’s land use process.

On March 15, a day before the Council’s hearing, de Blasio announced the appointments of chair, vice chair, and the executive director of his commission but he has yet to name the rest of its members. At an unrelated news conference last week, he said, “[W]e’ll be naming the members very shortly.”