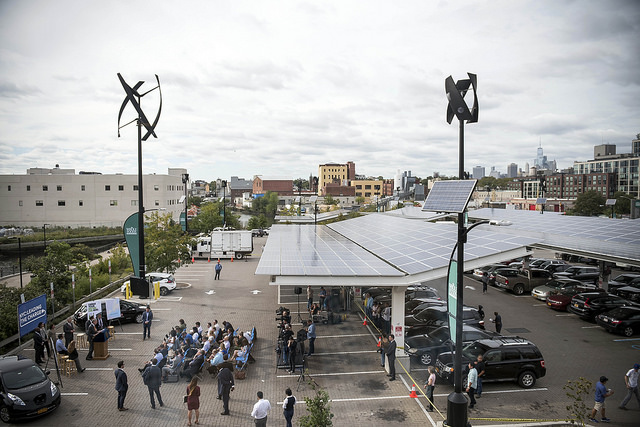 A de Blasio administration program to reduce the energy consumption of city agencies has yielded millions of dollars in rebates for the city from energy providers.

The Department of Citywide Administrative Services, which manages properties and resources for city agencies, received $9.3 million for cutting back on energy use during peak demand hours last summer. The program, called Demand Response, is in place at 414 municipal facilities and cultural institutions under 25 agencies, including DCAS.

“The Demand Response program is a common-sense way to reduce energy use, prevent brownouts and blackouts, and save taxpayer dollars,” said DCAS Commissioner Lisette Camilo, in a statement. “You can’t have the City that doesn’t sleep if you have a City that doesn’t have power.”

As is common each year, the city’s electricity usage peaks during heat waves, running the risk of disruptions to the entire power grid. Under the Demand Response program, DCAS -- which administers city buildings, vehicles, and more -- is rewarded for limiting the use of equipment and air conditioning, and other measures, when it receives warnings from the New York Independent System Operator and the utility company Con Edison that electricity demand may outpace supply.

“The Demand Response actions by City government agency staff and facility operators reduce the extent to which extra power plants have to be used during peak periods,” said Anthony Fiore, DCAS deputy commissioner and chief energy management officer, in a statement.

The energy reduction program is a small part of the de Blasio administration’s larger goal to reduce greenhouse gas emissions in the city. Last year, after President Donald Trump announced the United States’ withdrawal from the Paris Climate Agreement, Mayor de Blasio passed his own executive order committing the city to follow the principles of the accord. In September, the mayor announced additional initiatives and mandates to retrofit 14,500 of the city’s most energy-inefficient buildings.