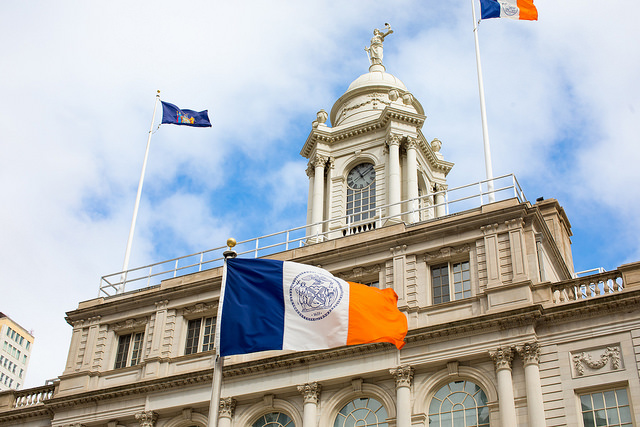 New York City’s modern campaign finance system is undoubtedly a model program -- it’s being emulated in other municipalities -- that has diversified and democratized the city’s quadrennial local elections since it was created 30 years ago. Among its strengths is that the public-matching program is consistently tweaked and updated with the times, and the Campaign Finance Board is taking the opportunity afforded by a mayoral charter revision commission to propose further reforms to the system.

CFB officials are set to present five proposals to the charter revision commission, empaneled in April by Mayor Bill de Blasio, on Thursday afternoon, at an issue forum at NYU focused on campaign finance reform, which was one of the mayor’s stated goals in creating the commission. The commission has been holding public hearings for the last few months and is now digging deeper into a few core subject areas including election administration, voter access and participation, land use, community boards, civic engagement, and independent redistricting.

The CFB’s proposals are meant to enhance its voluntary public matching funds system, which encourages candidates to seek small-dollar donations that are matched at a 6-to-1 ratio for contributions up to $175, or the first $175 of larger donations. The program aids those seeking public office without the help of wealthy donors or support from political party machinery, and gives everyday New Yorkers a greater voice by boosting the impact of their contributions.

Perhaps the CFB’s most significant proposal involves significantly lowering contribution limits for all offices. Currently, individual donors can give candidates for citywide office up to $5,100; candidates for borough president can receive up to $3,950, and City Council candidates can get $2,850 at maximum. The CFB proposes reducing those limits by more than half to $2,250, $1,750, and $1,250 respectively.

A few of the proposals are directly targeted at citywide positions -- mayor, comptroller and public advocate -- where large donors tend to play a greater role. The CFB suggests increasing the matching fund ratio for citywides from 6-to-1 to 8-to-1 and increasing the matchable donations from $175 to $250. In essence, candidates would be further incentivized to seek small-dollar donations, which would carry a bigger reward. For instance, a donation of $175 to a participating candidate would currently get them another $1,050 in public funds. The changed formula would mean that a $250 donation would net candidates an additional $2,000 in public funds.

Reforms along the lines of the CFB’s proposals have been advanced in the City Council but members have waited to act as the charter commission carries out its work. The CFB, an independently-operating body whose members are chosen by the mayor and the City Council speaker, releases a mandated post-election report every four years with a series of recommendations that typically leads to City Council legislation and at least some tweaks to the system that are passed into law. Such a report is expected by September, and is likely to include proposals similar to those being presented to the mayor’s charter revision commission. When de Blasio announced his charter revision commission and said he intended it to focus in part on campaign finance reform, some questioned why he wouldn’t allow the usual process to unfold.

The mayoral charter revision commission’s proposals will be announced in early September and placed on the ballot in the November general election, with city voters approving or rejecting them.

A second charter revision commission is being formed after legislation passed the City Council earlier this year. Its work will culminate with ballot proposals in 2019.

One bill currently at the City Council, proposed by Council Member Ben Kallos, would increase the cap on public campaign matching funds from the current 55 percent of the spending limit for a particular seat to 85 percent. The CFB is now proposing a more moderate increase to 65 percent of the spending limit, reasoning that it nonetheless boosts small donations while giving candidates the flexibility to raise and spend funds from private sources since public funds payments are usually doled out in the closing stretches of each election cycle.

Two other new CFB proposals would alter the thresholds for candidates to qualify for public funds. As it stands now, citywide candidates have to raise a minimum amount from a minimum number of donations. As an example, mayoral candidates have to raise at least $250,000 from at least 1,000 donors who gave a minimum of $10, while comptroller and public advocate candidates have to raise $125,000 from 500 donors giving at least $10. The CFB is proposing reducing these thresholds to $125,000 for mayor and $75,000 for the other citywide seats, while also pitching a new “geographic requirement” that each candidate receive at least 50 contributions from each of the five boroughs. They are also proposing lowering the minimum qualifying contribution to $5 for all elected positions.