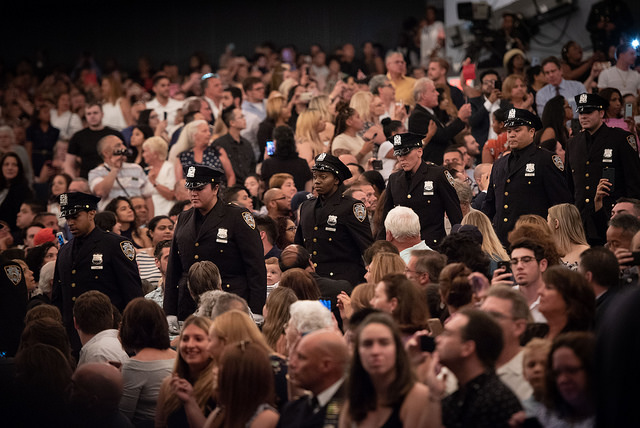 The Right to Know Act, a significant piece of police reform legislation passed by the City Council last December, is set to go into effect Friday and advocates who hoped it would transform street interactions between New Yorkers and police officers are worried that the NYPD may not fully comply with the new law.

The Right to Know Act comprises two laws with requirements for how officers conduct themselves in street stops. The first, sponsored by Council Member Ritchie Torres, a Bronx Democrat, mandates that officers identify themselves when questioning individuals, provide a valid reason for doing so, and provide a business card with their name and rank to the individual. The second law, sponsored by Council Member Antonio Reynoso, a Brooklyn Democrat, requires officers with no probable cause to obtain verbal consent before searching an individual or their property while informing people of their right to refuse a search. The police department will also have to compile and report data on the number of such encounters.

Developed as a response to the NYPD’s controversial use of stop-and-frisk policing, the Right to Know legislation travelled a bumpy years-long road to passage. In 2016, former City Council Speaker Melissa Mark-Viverito refused to allow the bills to come to a vote and instead struck a deal with the NYPD to implement certain provisions administratively. The move was protested by criminal justice advocates who believed Mark-Viverito had kowtowed to opposition by the police department and Mayor Bill de Blasio. Then, in 2017, when the two bills were on the verge of being approved, Torres’ bill was amended in ways that police reform advocates said diluted and betrayed its original intent by removing certain categories of interactions from its jurisdiction. The CPR coalition pulled its support for that bill before it passed, as did some of the Council Members who co-sponsored it. Nonetheless, the enactment of the legislative package was mostly celebrated as a victory for criminal justice reform efforts in the city.

Advocates and the bill sponsors have since been eagerly awaiting and preparing for the two laws to go into effect on Friday, though there have been questions raised about the NYPD’s readiness to change its ways -- concerns the NYPD is pushing back against, promising full compliance with the new laws and asserting its outreach efforts as “unprecedented.”

“We’re gearing up to see how the NYPD implements the reforms mandated in the law,” said Michael Sisitzky, lead policy counsel in the advocacy department at the New York Civil Liberties Union, in a phone interview on Tuesday. NYCLU is a member of the Communities United for Police Reform (CPR) coalition, which spearheaded advocacy for the Right to Know bills for years. Sisitzky said his organization has been conducting internal education sessions about the two laws as they await its implementation.

But he noted that the NYPD has failed to significantly engage with advocates or solicit enough community input on changing its policies to adhere to the laws, which was explicitly required by Reynoso’s bill.

“That consultation didn’t happen in any meaningful way,” Sisitzky said. “The NYPD really decided to not follow the spirit and requirements of the law and consult with communities despite these communities being involved in this for the last five years.” He said it was a “missed opportunity” to reimagine policing tactics and that more so than other reforms related to greater reporting on enforcement or the creation of outside monitors, its success depends on how it is executed on the ground. “This was an easy chance for them to work with communities to create new policies,” he said.

On Wednesday, Joo-Hyun Kang, director of CPR, told the New York Daily News that the coalition had only one meeting with the NYPD in September and that it’s recommendations were not taken into account in new guidance issued to officers. Drafted guidance in the NYPD patrol guide, which dictates officer conduct and protocols, that was seen by Kang seemed to fall short of the requirements in the law, the News reported, and Kang worried that officers were not being properly trained.

Council Member Reynoso echoed the sentiments of the advocates. On Wednesday morning, Reynoso visited the offices of the Civilian Complaint Review Board, which handles complaints of NYPD officer misconduct and abuse of power, to speak with more than 60 CCRB staffers about the Right to Know Act, what inspired it and how it will improve policing, particularly communities of color, where the overuse of stop-and-frisk was damaging to police-community relations and ruled unconstitutional by a judge.

Emphasizing the need for the Right to Know Act, Reynoso recounted his own personal experience with stop-and-frisk from his high school days, when he and his cousins were abruptly stopped and searched by police officers as they walked down the street. “That experience was very life-changing for me. I felt like I lost all dignity,” he said.

Speaking to reporters after the meeting, he noted that the NYPD should have been more collaborative as they prepare to adapt to the new laws. “I think the NYPD does want to follow through with the bills,” he said, while conceding that they have “done a very poor job” of communicating with reform advocates. “While I do believe that they haven’t done enough at this moment to engage communities the way they’re supposed to by law, moving forward I do feel comfortable that they’ll be able to engage,” he said. “But, because we’ve lost all this time, without communicating to the advocates, there are some things that they could have done better or might have overlooked that could have been addressed before implementation. Now we have to wait till after implementation to address a lot of these issues.”

Reynoso stressed that the new laws would be a valuable tool in the pockets of public defenders and New Yorkers who feel that their civil rights have been violated, and that the department’s compliance would also be ensured by the full implementation of its body camera program. De Blasio announced in January that all patrol officers would be outfitted with cameras by the end of the year.

There are concerns, however, about how closely officers will follow the new laws. “Unfortunately, the NYPD doesn’t have the best track record complying with legal mandates,” NYCLU’s Sisitzky said. The NYPD has in recent months come under fire for refusing to abide by a City Council law mandating disclosure of data on subway fare evasion arrests. And de Blasio has repeatedly chosen to defer to the department’s leadership, which cited public safety concerns, instead of ordering compliance.

Asked if the NYPD could be trusted to follow the Right to Know, which the department fought, and if the mayor could be relied upon to enforce it, Reynoso seemed to harbor some doubts. “I absolutely believe that the mayor should be on the front lines...but the mayor has shown that he cares deeply about his relationship with the NYPD.” Even when certain pieces of police reform legislation are justified, Reynoso said, “[The mayor] would err on the side of the police [rather] than the people of the City of New York.”

A spokesperson for the mayor did not respond to a request for comment. An NYPD spokesperson, asked about the concerns expressed by advocates, said in a statement, “The NYPD will fully comply with the Right to Know Act when it takes effect this Friday. As the Department developed its policies, it heard numerous recommendations from the advocacy community through discussions with the Federal Monitor. The Department also provided advocates unprecedented access to NYPD policies, forms, and trainings prior to the law taking effect. And the NYPD will of course continue to talk to advocates to fine tune the policy as it is implemented and we can assess what’s working and what might be improved.”

Advocates and the City Council say they will be keeping an eagle eye on the police adherence. “The City Council is proud of its efforts in this area and we will be watching the roll out to ensure the Right To Know is being followed,” said Jennifer Fermino, City Council communications director, in a statement.

On Thursday afternoon, the CPR coalition rallied with several City Council Members outside City Hall, celebrating the Right to Know Act but also airing their complaints about the NYPD's lacklustre engagement and promising to hold the department and the de Blasio administration accountable. "And, on Friday morning, Reynoso and members of the CCRB will hit the streets of Brooklyn and the Bronx to inform New Yorkers about their new rights under the Act.

“I think [the new laws] offer New Yorkers a real sense of control and knowledge over their encounters with the police department,” said Jonathan Darche, CCRB executive director, in a phone interview. “And we’ve been working hard with the department in order to make sure that we’re on the same page with them about how they are training members of service so that we can hold members accountable to the standard that is being demanded of them by the department.”

“I’m excited that it’s coming to fruition,” Council Member Torres said outside City Hall on Wednesday as he rushed to attend a Wednesday meeting of the full Council.