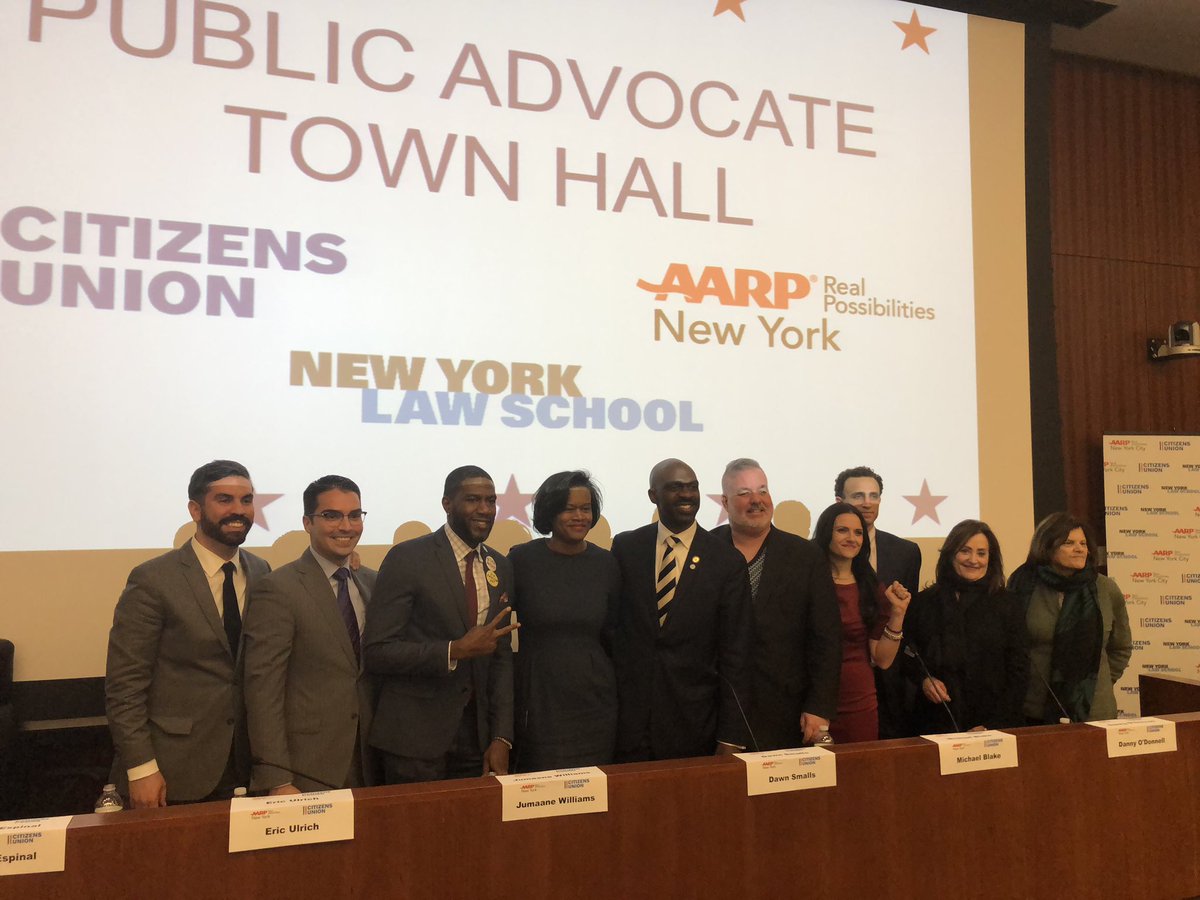 The candidates, moderator and hosts (photo via Gotham Gazette)

With Public Advocate Letitia James' victory to become the next New York State Attorney General, she will vacate her current position on January 1 and there will be a special election to fill it sometime in February, once the Mayor decides on the exact date within a limited window he has to call it. In the days before and after Election Day 2018, candidates for Public Advocate have announced their intentions to run, or at least explore it, in some cases. Seven of those candidates participated in a forum on Wednesday, Nov. 14, hosted by Citizens Union, AARP NY, and New York Law School: Assembly Members Michael Blake and Danny O'Donnell; City Council Members Eric Ulrich, Jumaane Williams, and Rafael Espinal; activist and journalist Nomiki Konst; and attorney and former federal aide Dawn Smalls (there are other candidates who have declared or are exploring a run -- candidates will have to decide early in January at the latest).

The debate touched on a wide range of issues, but was especially focused on how the candidates would approach the office of Public Advocate and what issues they would focus on, and it was moderated by Gotham Gazette's Ben Max. Listen to the debate through the audio embedded below, or find it wherever you get your podcasts under "Gotham Gazette" and "Max & Murphy" -- we've added it to those podcast streams.