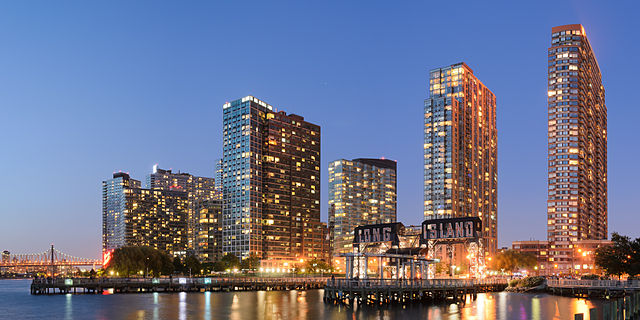 Amazon’s announcement that it will locate one of its two new “headquarters” in Long Island City, Queens triggered immediate backlash among some elected officials and residents of the community who fear the effects it will have on local housing prices and already strained infrastructure, among other consequences. But the residents of CityLights, the largest affordable co-op in Queens, are particularly incensed by the deal, and are calling out city and state officials for giving the nearly trillion-dollar technology giant billions in public subsidies while continuing to deny their own demand for an extension of a property tax abatement that they enjoyed for two decades.

Amazon, CityLights residents also say, will pay far less for leasing land for its new campus than the co-op does each year.

CityLights is a 42-story, 522-unit building home to 1,000 mostly middle- and fixed-income New Yorkers, and is managed by Queens West Development Corporation, a subsidiary of the state-run Empire State Development (ESD), a non-profit economic development agency. The building phased out of a 20-year tax abatement program in July and also saw a nearly doubling of its tax assessment by the city. The building now faces a $5.1 million tax bill -- it was $5.8 million but was reduced after the residents appealed to the city -- which threatens, they say, to push residents out of their homes because of a roughly 60 percent increase over five years in payments-in-lieu-of-taxes (PILOT). (The Amazon deal with the city and state also includes a PILOT program, whereby instead of paying taxes an entity contributes to some other fund, such as an infrastructure bank.)

Built on state-owned land, CityLights’ ground lease alone costs nearly $500,000 annually for the 700,000-square-foot building. By comparison, Amazon is expected to pay about $850,000 for the roughly 4 million square feet that the company will occupy in Long Island City.

In a letter sent Tuesday to ESD President Howard Zemsky, Citylights Board President Joanna Rock called for the CityLights ground lease to be forgiven. “It is absurd that we are forced to pay half-a-million-dollars a year to ESD when our apartments were sold to us by the State under the guise of affordability,” she wrote. “But it adds insult to injury that Amazon will be charged far less than our “affordable” complex for the privilege of being in Long Island City.”

In a phone interview, Rock said it was “shameful” that CityLights residents have had to fight the city and the state for over a year-and-a-half for much-needed relief while Amazon was enticed with untold incentives (the negotiation process was in secret, with non-disclosure agreements signed).

“We watched the neighborhood go from dilapidated warehouses to high-rises and we’re being valued based on the rental buildings around us because that’s how the city does it,” she said, “and then Amazon comes in, and not only are they getting all these incentives, but [their ground lease] is like 85 percent less than what we pay. We’re a co-op, a not-for-profit. They are one of the wealthiest companies in existence.”

In a letter to CityLights residents in June, Zemsky indicated that ESD was working with the city “to craft a tailored solution.” But, he noted that the state could not act without approval from the city’s Department of Finance. Neither ESD nor the city Department of Finance responded to requests for comment for this article.

“I’m not even sure how to put into words how upsetting this is,” Rock said.

Local elected officials also took umbrage at the plight of CityLights residents in light of the Amazon deal. “Empire State Development is supposed to promote and protect our local economy, not pad the pockets of the richest man in the world,” City Council Member Jimmy Van Bramer, who represents Long Island City, said in a statement on Tuesday. “It is ridiculous that the bad HQ2 deal would charge Amazon a significantly lower rate per square foot for its ground lease than Citylights, the largest affordable housing co-op in Queens. The State must preserve the affordability of Long Island City and prioritize longtime residents and working families when dishing out tax breaks, not large corporations.”

Note -  This article has been updated to note that CityLights' tax bill was $5.1 million, not $5.2 million.