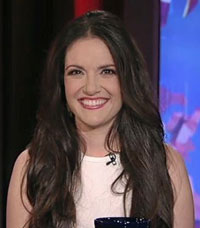 Nomiki Konst is a journalist and activist who was a Bernie Sanders delegate in 2016 and then a member of a commission to reform the Democratic National Committee, and now she is a candidate for New York City Public Advocate in the special election set for February 26. Konst joined the show to discuss her background and her platform, which includes a focus on holding city government accountable and fighting inequality - including by calling for a $30 per hour minimum wage for as many workers as the city can control without legislation. She's a critic of the deal to bring Amazon to Queens and of how the real estate industry's outsized role in New York politics.