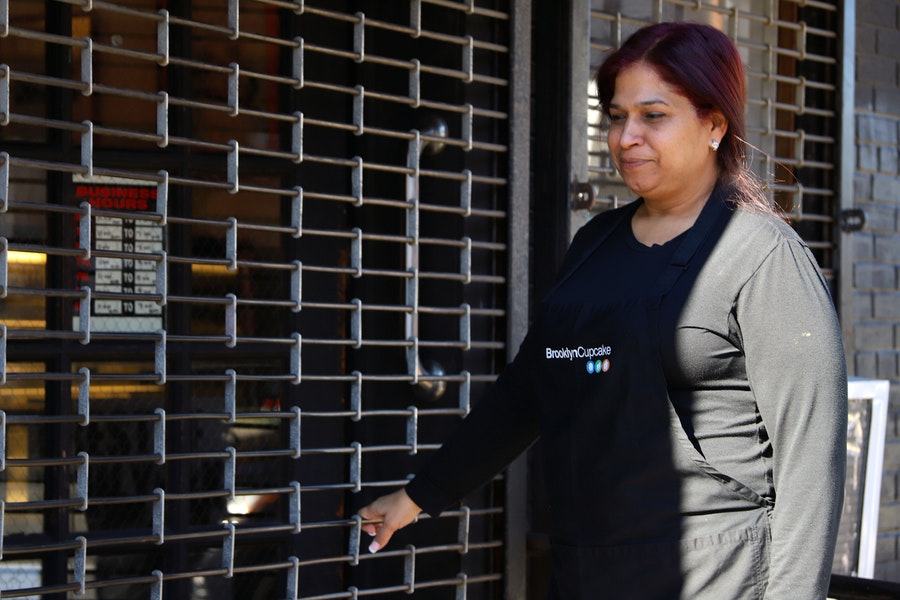 Colin Cento tells his food couriers to take on additional gigs from delivery services such as Uber Eats and Postmates, even as they work for him. Cento, who co-owns a chain of three fast-casual restaurants in Lower Manhattan called Poke Green, encourages them to supplement their income with the extra jobs because he pays them as contractors rather than staff employees and only for the hours of heaviest demand.

As the minimum wage has increased sharply, outsourcing delivery workers is one of several measures Cento has taken to curb operational costs and avoid raising prices for his customers.

Like Cento, many of New York City's businesspeople have been able to adapt to higher labor costs through innovation and by increasing efficiency and revamping existing strategies, proving that concerns rising wages would hurt small businesses and lead to losses in low-wage jobs are so far misplaced. The survival of skeptical small businesses and a steady increase in jobs show that wage increases have been manageable and even fueled broader economic growth.

"There are restaurants opening everywhere, so if minimum wage gets in the way of our decision-making, it just leaves the door open for somebody else," Cento said. "As business owners, we have to just figure out a way to make it work, whether that's cutting a cost somewhere or adding a cost somewhere else."

Since 2015, the number of full-service restaurant jobs in New York has increased by more than 4 percent and the number of full-service establishments by 10 percent, according to a joint study by the Institute for Policy Studies and the Restaurant Opportunities Center United. The research found that restaurant workers also saw a salary increase of 10 percent. The numbers show the same story for retail and health care, two other industries opponents said would be hurt by wage increases.

"A lot of critics of minimum wage increases have cried wolf for so many years and it hasn't happened," said Yana van der Meulen Rodgers, an economist and professor of labor studies and employment relations at Rutgers University's School of Management and Labor Relations. "Rigorous econometric studies have shown that the disemployment effects critics were projecting just have not happened.''

Phasing in Higher Pay
As of the final day of 2018, the minimum wage in New York City had more than doubled to $15 from $7.25 per hour since 2013. The 2016 law that instituted the most significant hikes is being phased in elsewhere in the state. At the same time, the city has seen a broad economic expansion with rising wages across all income brackets.

"And at the lower end, one of the reasons that there's been this upward pressure is the minimum wage increase," said economist James Parrott, the director of economic and fiscal policy at the Center for New York City Affairs at The New School.

Worker Retention and Better Business
Paying more results in workers who are more efficient, according to Teófilo Reyes, research director at the Restaurant Opportunities Center United and one of the experts who conducted the study examining the impact of minimum wage increases on food establishments. It also lowers training costs associated with new hires because workers stay around longer.

"You have employees who are more committed to these establishments, they are happier to work there and they're less inclined to leave," Reyes said. "So that leads to reduced turnover."

Charles Branstool, owner of Exit9 Gift Emporium, is already paying his employees above $15 per hour and is convinced higher wages improved his retention.

"It's expensive to find good people, and it's expensive when good people leave because they have a better prospect," Branstool said. "Being able to stay more competitive allows them to stick around."

A recent national study conducted by Harvard Business School found that only restaurants that were already performing poorly have closed as a result of increased labor costs associated with minimum wage hikes. The 2017 report, which examined data from the online review platform Yelp, stated that a one-dollar increase in the minimum wage leads to a 14 percent increase in the likelihood of exit for a 3.5-star-rated restaurant but has no discernible impact on a 5-star restaurant.

"There appears to be a relationship between management of a business and its ability to handle wage increases," Reyes said. "A business that is poorly managed is going to have difficulty succeeding under pretty much any circumstance."

Since having to up his workers' salaries, Cento has not had to lay anyone off—and he doesn't expect to after the latest increase for the start of this year. But he has switched food suppliers, explored different delivery and logistics options to reduce costs and considered offering discounts to customers who pay in cash to avoid incurring additional credit card fees. He also encourages diners to order directly from the shop rather than use an online delivery platform that keeps a roughly 30 percent cut of the sale.

"These are all things that we're working on to not force our prices to go up," he said.

Carmen Rodriguez, owner of the Williamsburg-based bakery, Brooklyn Cupcake, has made efforts to launch new products to help rival competitors, including a dairy- and egg-free cupcake line when the new vegan restaurant opened next door. She added ice cream to the menu for the first time this summer and upped her social media strategy to promote the business.

There has been evidence some eateries have instituted small price increases but surveys and continued spending have affirmed that customers are willing to pay them. Additionally, workers who have benefitted from the wage hike are likely to spend it on eating out, research shows.

Cento, for example, continues to buy fish directly from China because of its quality despite trade tension-induced price increases. But he goes across the street to buy greens for the poke bowl base in bulk at Whole Foods because it is cheaper and he can buy smaller portions more frequently to ensure freshness. He has also revamped the menu at the fast-casual Japanese joint. He added Thai-style rolled ice cream and a variety of exclusive Asian soups that can't be found at competing eateries.

"Businesses are having to adapt and be more innovative, be more efficient in the way they utilize workers and produce," Parrott said. "The result at the end of the day is you get more competitive businesses who are able to pay workers a higher wage."

Help From the State
When the $15 an hour minimum wage was initially proposed, the health care sector was among its most vocal opponents, concerned over how significant the cost would be for hospitals and home care agencies. The Home Care Association estimated in 2016 it would cost hospitals $570 million and home care agencies up to $1.7 billion per year due to 24-hour shifts staffed by many low-wage workers in the industry. Some also argued that if low-wage, low-skill workers were being paid as much as $15 per hour, the rate of higher-skilled employees would have to be raised significantly.

The industry has been able to offset much of the cost by winning higher Medicaid reimbursement and other funding. About 90 percent of services provided by home health and personal care aides in New York State are funded by the Medicaid program.

But the industry has also made consolidations, mergers, and acquisitions. And growth in the healthcare sector remains strong, with home health care accounting for almost one third of all New York City employment growth in 2018, up from about 25 percent in the last two years, according to the New York City Independent Budget Office's most recent fiscal outlook report.

"We have to work to attract employees because there are so many home care agencies out there," said Natalie Quinones, corporate office manager of Preferred Home Care of New York, a home and personal care service with over 5,000 employees.

Retailers are coping too. Estimates showed that once New York's minimum wage is fully phased in, operating costs for retailers will be affected by only 0.2 percent. This ranks low when compared to food manufacturing at 0.8 percent, or restaurants at 7.1 percent.

The sector's challenges stem primarily from having to fend off competition from Amazon, noted David Belkin, senior economist at the New York City Independent Budget Office.

Branstool believes the best way brick-and-mortar stores can compete with online retail is by providing customers with a great in-store experience that makes them want to come back. And the way that happens is by paying and treating workers well to make them more enthusiastic to work there.

While wages are rising, the evidence of economic harm is simply nowhere to be found.

Since late 2015, the unemployment rate has decreased in New York City from 5.1 to 4.3 percent percent, and from 4.9 percent  to 4.5 percent for the entire state, according to government data. The number of people in low-wage industries has largely stayed the same.

"You find studies that say this, and you find studies that say that, but the average studies show that there are pretty limited employment consequences and pretty serious, large, positive earnings increases for low wage workers after a minimum wage increase," said Ben Zipperer, an economist specializing in minimum wage, inequality and low-wage labor markets at the Economic Policy Institute.

Some business owners do say they have had to lay off workers and remain fearful of the full impacts of labor cost increases when the minimum wage reaches $15 an hour.

Full Impact Still to Come
Josef Itskovich, owner of the Midtown-based handbag manufacturing shop Baikal, has had to lay off 35 percent of his staff since 2016, he said. Although, he acknowledged factors beyond the minimum wage, such as soaring rent and foreign competition, have played a role. Rodriguez of Brooklyn Cupcake has let two workers go as well.

Robert Brusca, an economist at his New York-based consulting firm Fact and Opinion Economics and a critic of minimum wage increases, expects more casualties to show up in the coming years.

"Right now, the job market is too tight and the minimum wage legislation is still working its way through the system," Brusca said. "But in time, a firm may realize it is not making its way into this new cost structure and will have to make decisions that will cost people jobs."

That is exactly what Rodriguez worried about.

"My biggest fear is that our doors will close if we can't meet this or that," she said.

***
by Alexandra Semenova and Sharif Paget for Gotham Gazette. This story was produced as the authors' capstone project at the Newmark Graduate School of Journalism.
@alexandraandnyc
@SharifPaget
@GothamGazette